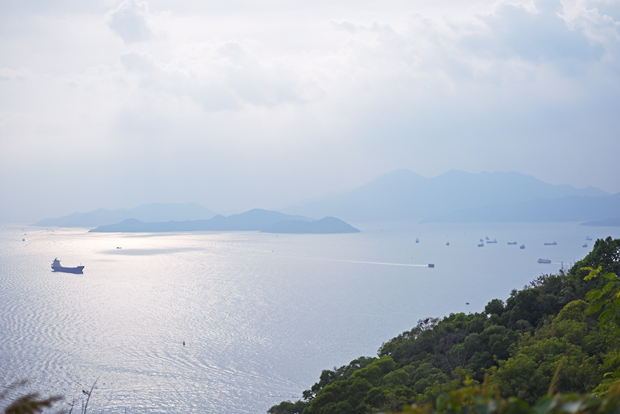 In Hong Kong, the cool air of autumn also marks the start of hiking season. This city is known for its high-rise buildings and tightly packed business districts, but can be delightfully surprising once you cross the boundaries that distinguish the urban jungle and well, the real jungle. Today, we’ll explore the best kept secret in the saltiest side of Hong Kong: Mount Davis. 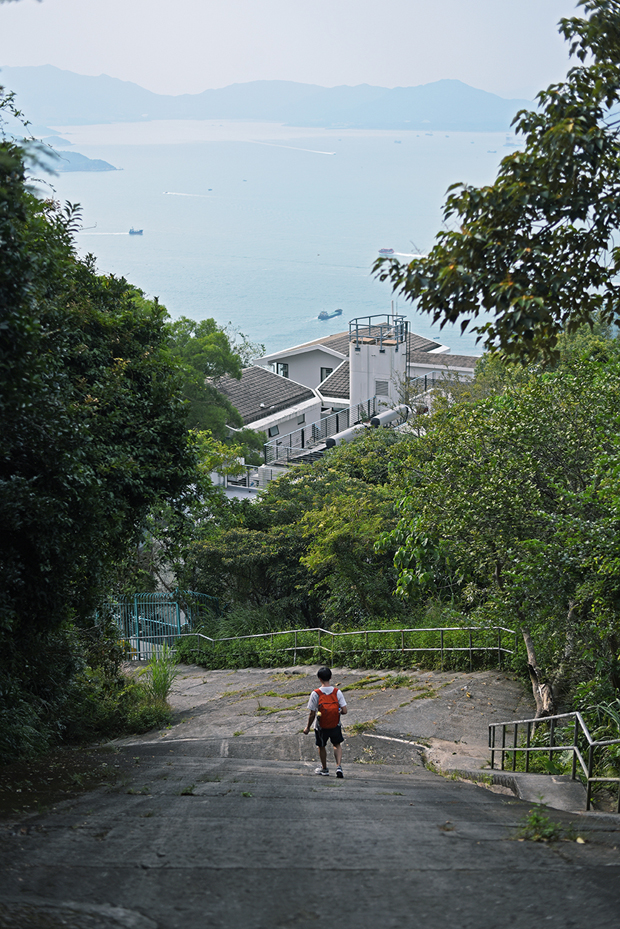 Dotted throughout Hong Kong are remnants of the British defense of Hong Kong during World War II, when the Japanese invaded the colony and eventually captured it after 18 days of fierce fighting across the island. Mount Davis was one of them, and served as an important artillery depot of the British forces. 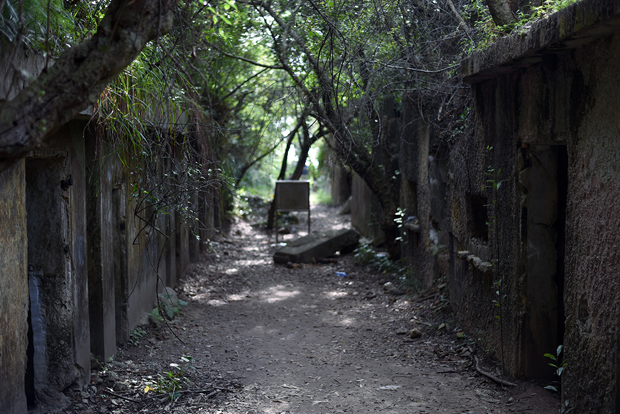 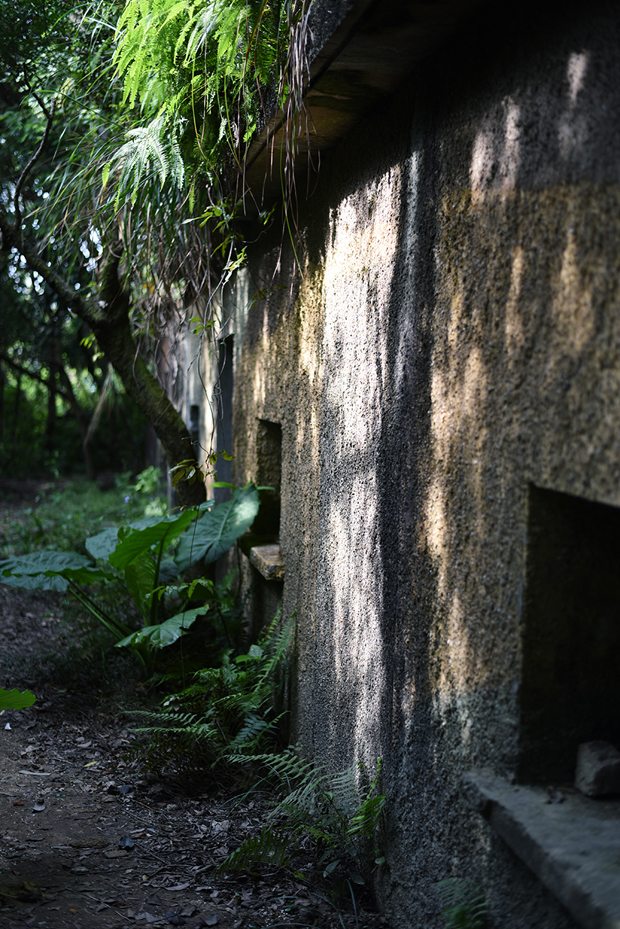 In 1917, five BL 9.2 inch guns were installed for coastal defence, each with its own concrete gunpit and ammunition bunker. What remained of the Mount Davis guns were destroyed on the 25th of December 1941 by their own crews upon the surrender of the British Crown Colony at the Japanese headquarters (the third floor of the Peninsula Hotel).

Although the guns are long gone, the ruins of the old fort remain. You’re free to wander in and out of the eerily quiet concrete bunkers, which are overgrown with subtropical ferns. There are signs all over that warn of danger, although the only thing to fear are golden silk orb-weavers – huge spiders that prey on snakes and small birds (according to the internet).

During the walk up, keep your eyes in front of you for their webs, but stay alert in lookout for large rusted iron rings embedded in concrete, which were once used as part of a pulley system to haul the 28-ton guns to the summit in 1917.

Despite the wishes of veterans, the Hong Kong government has done little preserve the site, although I noticed the odd vacant playground and urban park on the walk up. Instead, the heritage of WW2 lives on in young military enthusiasts and war gamers who meet up to re-enact battles and discuss camouflage techniques. The day we visited, one man in a ghillie suit had almost completely blended in with the surrounding greenery, but for his boots peeping out underneath. 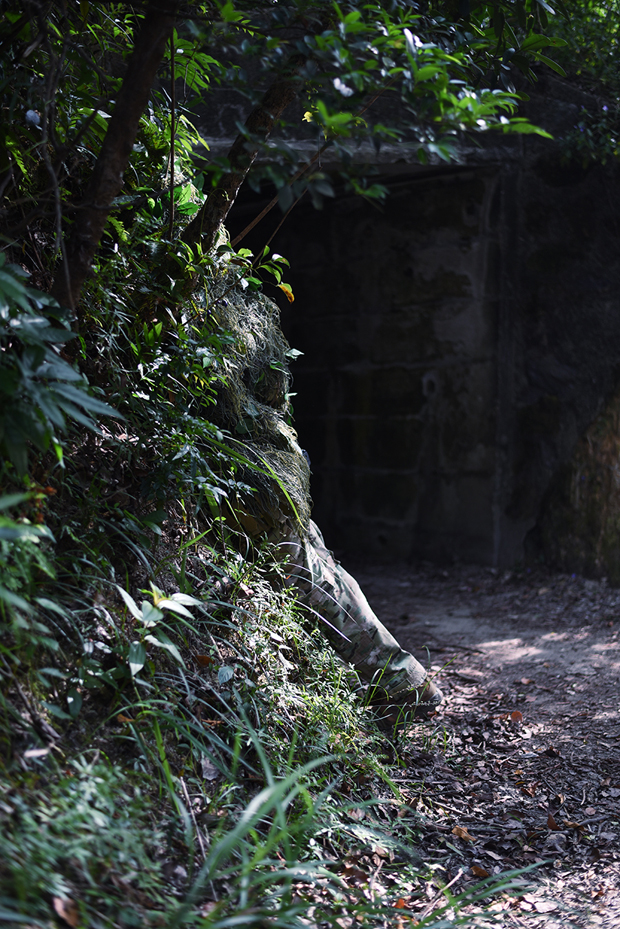 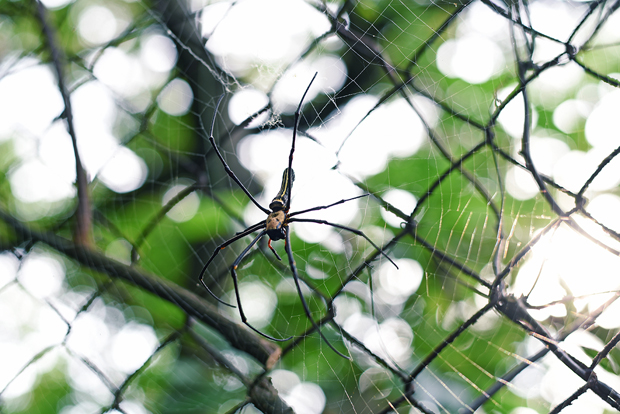 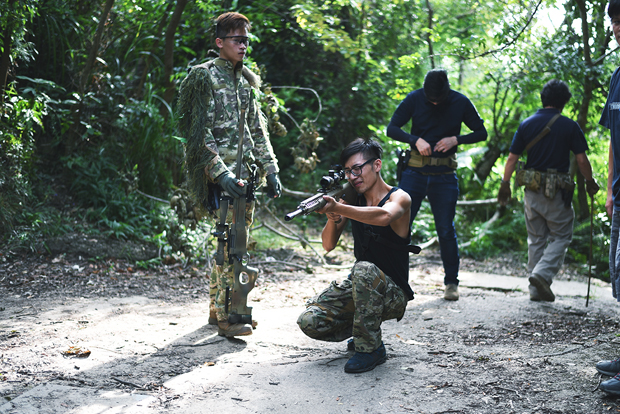 If you are so inclined, there’s also the Jockey Club Mt. Davis Youth Hostel on the top of the mountain, where visitors can stay overnight. We wouldn’t exactly recommend any tourists to do so since the location is so remote, but it’s an interesting place for videographers to launch off their drones and get a good view of the city. In fact, the day we went, that’s exactly what a local film crew was doing.

The site can be entered via Mount Davis Path. Check out Little Creatures or Catch on Catchick in Kennedy Town afterwards for a well-deserved drink.

/ Words and Photographs by Anne Berry /