Over a pot of tea and cookies in Water Bar Chez Colette, I catch up on recent adventures with Clement Vache, a kind-hearted man who loves music, good food, being a dad, and shares my enthusiasm for butter. Making and sharing art is what he does really well. So, Clement curates Colette’s music, film, and reading material, while running the Colette podcast (one of the most listened-to in France) as well. To be part of the tight-knit and powerfully influential family that is Colette, is to be a special kind of person with the gift of seeking-out and sharing the world’s goodness. A big part of Clement’s role at Colette is compiling their super fun compilations: trend setting collections of the most contemporary music, with some really forward sounding electro-pop songs, odd reversals of worldwide hits, and some catchy-ass pop-rock sounds. These are the beats that have people head-bopping and foot-tapping while wondering through the iconic Parisian store. To describe Clement’s life, the word busy would be a euphemism. Along with what I just mentioned, he is a resident DJ at parties in Paris & Tokyo, and has the daily task of sorting through a never-ending pile of music that grows like buffalo grass on his desk. Oh yeah, he also fits in being a watchful papa bear somewhere in there too.

Clement’s approach to existence is a lesson in moving with the ebb & flow of change that time inevitably brings us. I look at his life and career as an homage to passion. This passion for art and culture has been the force that has shaped not only his own life, but those of many people that he has connected with through sound. To give you the ‘highlights reel’ of his funnest-life-possible, I’ll start with his early years starting out as a DJ playing Chicago house and Detroit techno, back in the days where we tied our plaid flannel shirts around our waists and Europop was cool. Later on moving to Paris, Clement opened his own record store and started a music label, while also spreading more wholesome audible goodness with his radio show ‘Grand Sud’. He went on to start a bunch of really popular ‘Kill the DJ‘ parties that became regular celebrations of good music and good people. With all of that and much more under his belt, Clement has his own music project (aswefall) that explores the electronic Universe in its colourful-neo-80s kinda way. It’s clear to me that Clement has always been an advocate of supporting ‘the independent’ versus ‘the corporation’ in weird and wonderful ways… You’ll see it pop up in pictorial form below. This idea rings true to me as well (especially in the world of food). Supporting goodness produced by people who are more in touch with its source is much more meaningful than investing into something that is made en-mass and (usually) has lost its roots and spirit of its original form.

So, for the sake of embracing the best things in life to share it with others, I give you funnest-life-possible notes from a man who knows how to enjoy and have fun. 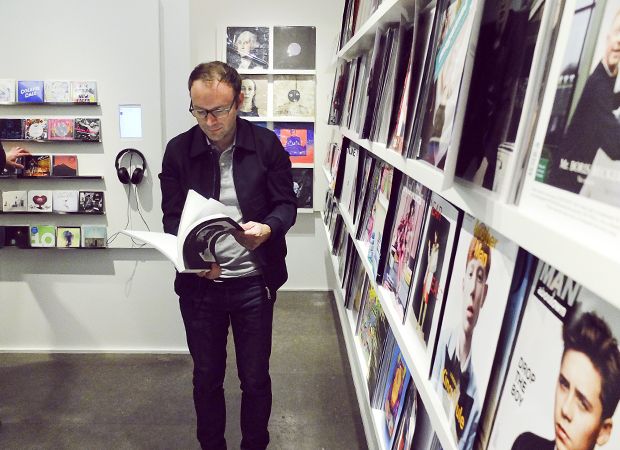 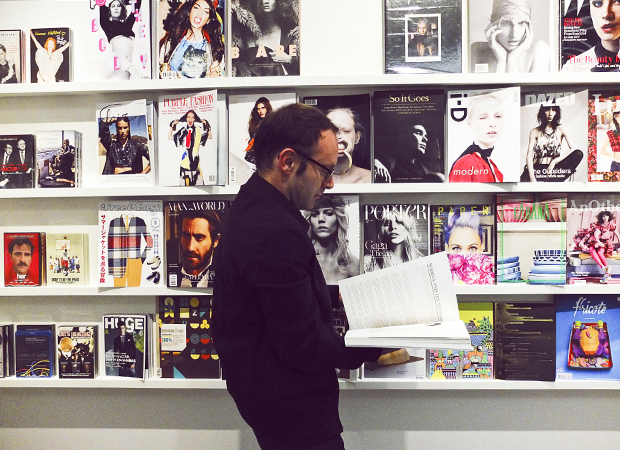 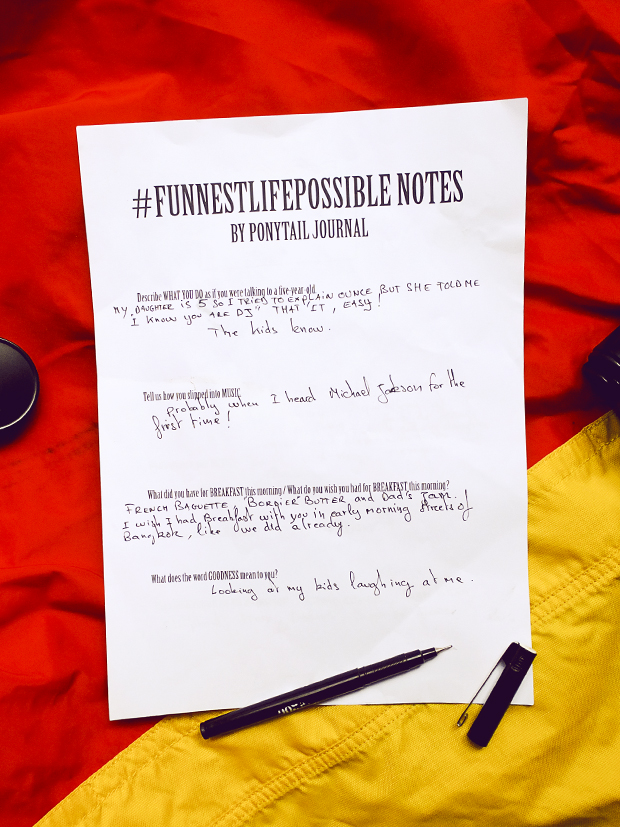 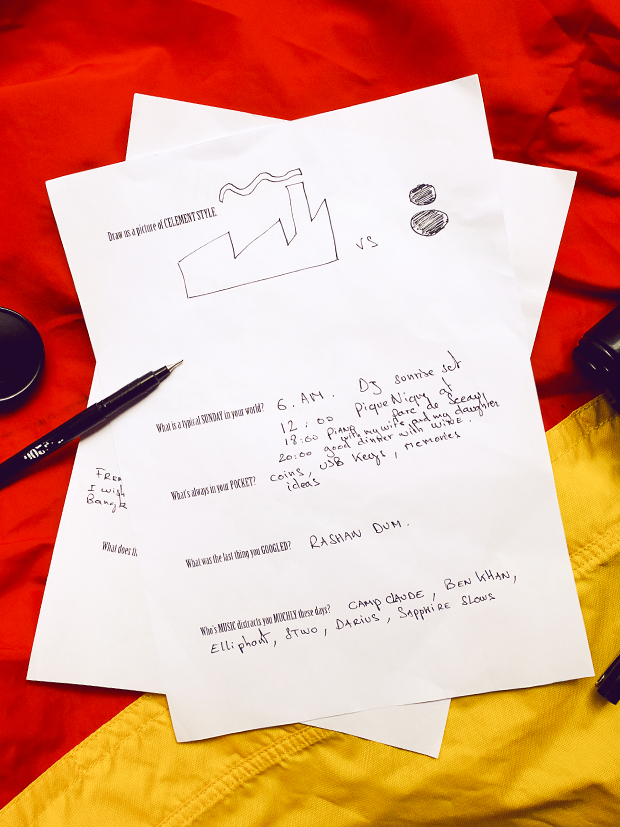 My daughter is 5 so I tried to explain it once but she told me “I know you are a DJ” That’s IT, EASY!
The kids know.

Q/ Tell us how you slipped into MUSIC.

Probably when I heard Michael Jackson for the first time!

French baguette, “Bordier” butter and Dad’s jam.
I wish I had breakfast with you in the early morning on the streets of Bangkok, like we did already. [He’s referring to a 6am breakfast we had one morning in Bangkok… we were in Chinatown and had Thai donuts (Pa-tong-goh) with a pandan & coconut milk custard dip, as well as some hot homemade soybean milk and Thai coffee. Much sugary deliciousness!]

Q/ What does GOODNESS mean to you?

Looking at my kids laughing at me.

[He smiles and pen goes straight to paper without hesitation. He draws the silhouette of a factory, ‘vs’ the Colette dots and says, “people who know me will understand.”] 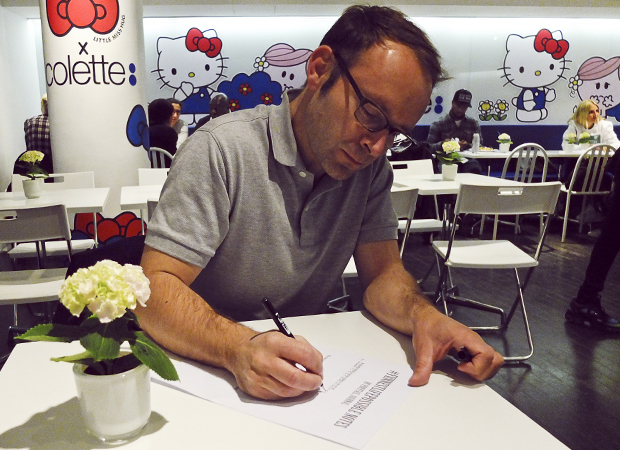 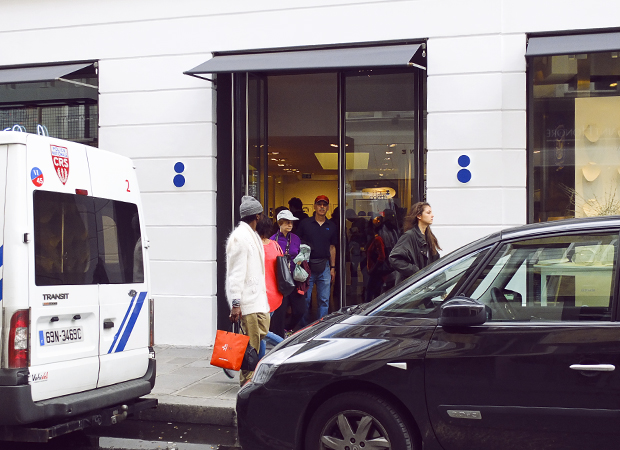 The day I met a marvellous human. Because of how this whole situation unravelled, I will start this article out with a story. ...