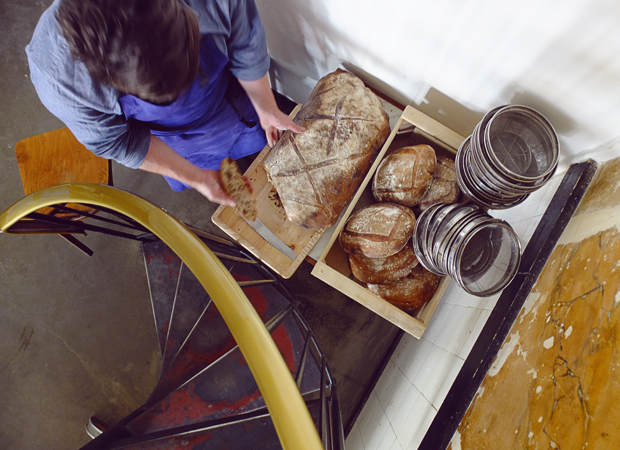 Enter a softly spoken, easy going James Henry, Chef behind Bones restaurant in Paris. He makes food like taming wild creatures, and time-consumingly matching them with perfectly trimmed and transformed gatherings from the earth. Imaginative? Yeah, well that’s how his food goes. I’m always super jealous of the wowzers-produce that he posts on his Instagram account, not to mention the perfectly plated, dark and poetic dishes that spam my various news feeds each week. I’m starting to realise what my own pictures are doing to you guys – that spammy food porn that people anticipate each morning (no pressure or anything…) isn’t going to stop any soon!

James is also a spirited adventurer, brought up fishing and riding waves on the East Coast of Australia, he later found himself sailing those warm tropical waters of Sumatra… He too embraces a ‘funnest life possible’ policy. This is why I would like to share with you a little window into the world of Bones, that is the current Universe that James exists in. It’s basically a party joint for all delicious things (to me anyways).

I sit down with James one sunny spring afternoon in Paris. The restaurant is quiet with a calm sense of concentration, preparing for the evening’s food-party. White asparagus is being trimmed, lovage sits patiently beside the stove, bright green things are being picked and beautified in front of house, and a big bin of sourdough burps and farts carbon dioxide underneath a tea towel. James explained to me that they even make their own bread and butter in-house. What a commitment! Fun indeed. We spoke about the wonders of French dairy, the different flavours of grass fed & grain fed milk, and it’s changes in taste from season to season. Food and nature is wonderful like that, it means that if you eat pure food you’ll never get sick of eating the same thing year round. From then on the conversation became a sourdough nerd-out; two fanatics talking starters, sponges, ferments, proving, and ovens. He showed me the day’s monster-of-a-bread that would be helping along the hungriest of hungry customers, mopping up sauces, and leaving crumbs on the sides of peoples mouths. It was an organic sourdough that was all the right amounts of hole-y, chewy, sweet (just from the freshness of recently milled flour), sour, and crusty. I was then taken to a bin of proving dough that was tomorrow’s goodness. ‘Like a giant soft fluffy marshmallow.

So I wasn’t taking away from James’ prep time, I left the bready chat t.b.c. So, to mimic my short & sweet interview that afternoon, I’ll leave it at this: much, much fun happens at Bones, and the food says it all. It’s on the PTJ #tastiestlifepossible list for sure. 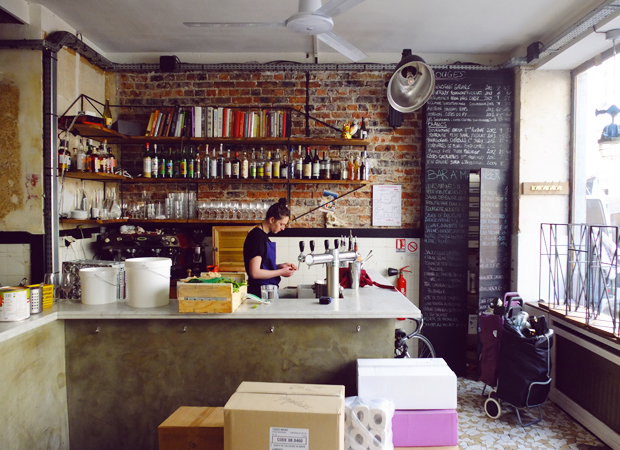 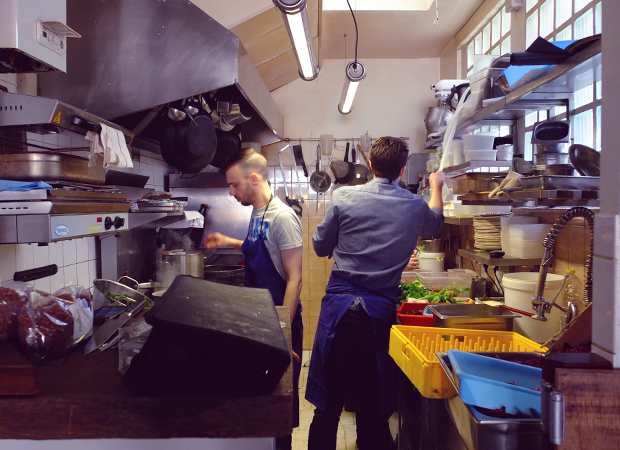 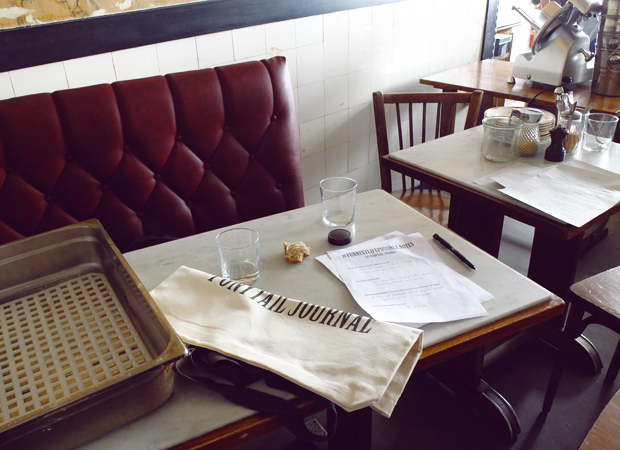 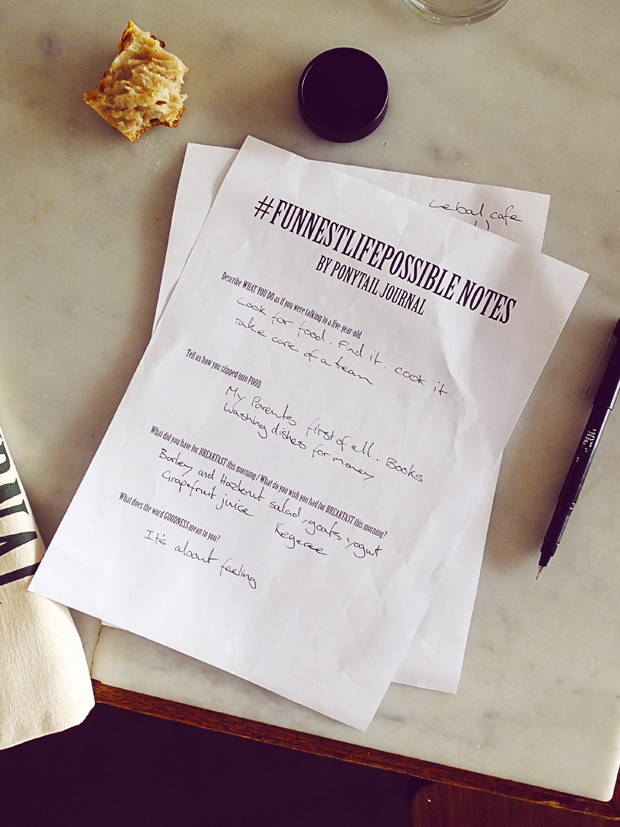 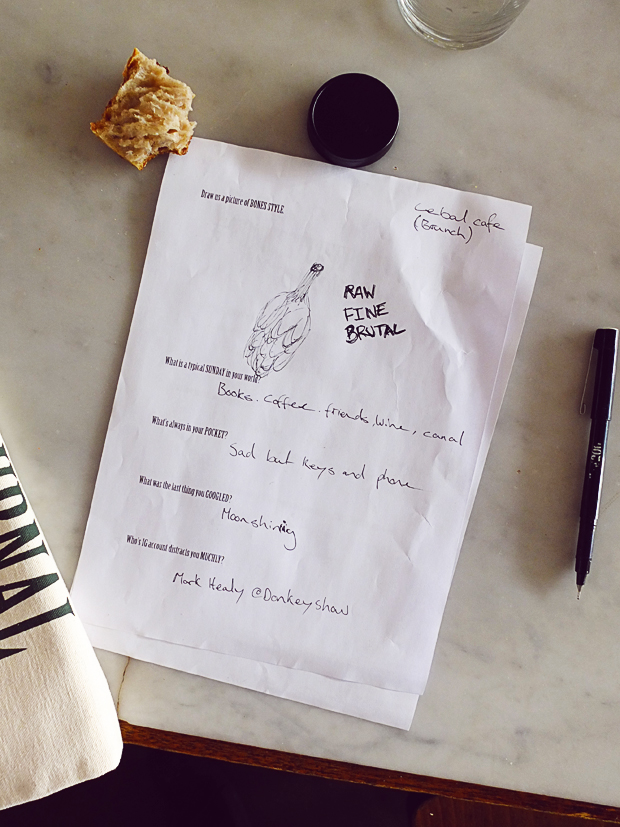 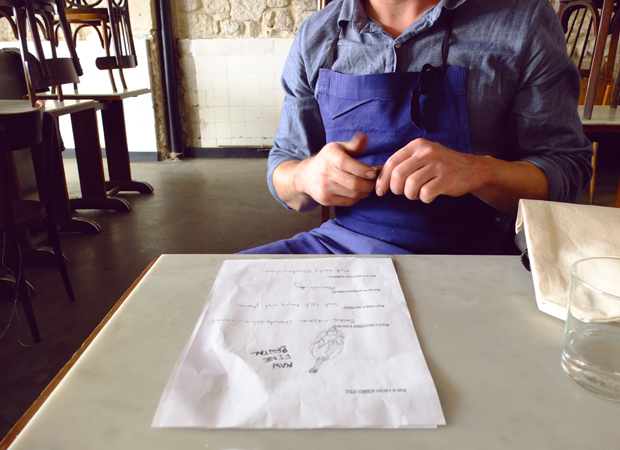 Look for food. Find it. Cook it /
take care of a team

Q/ Tell us how you slipped into FOOD.

My parents first of all. Books /
Washing dishes for money

Q/ Draw us a picture of BONES STYLE.

[sketches a picture of an artichoke, then asks me about its likeliness… then jots down ‘Le Bal Cafe‘, a brunch joint that I should try while in Paris]

Sad but keys and phone 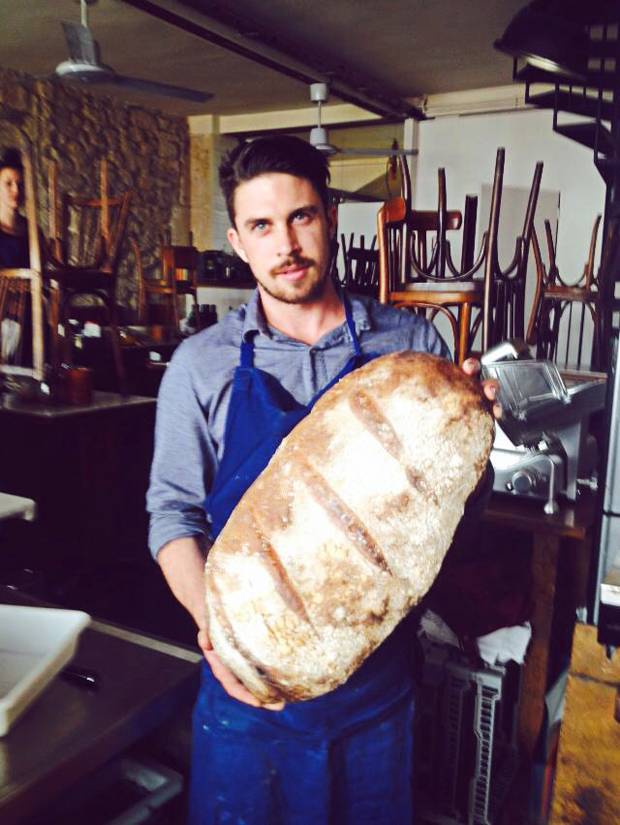 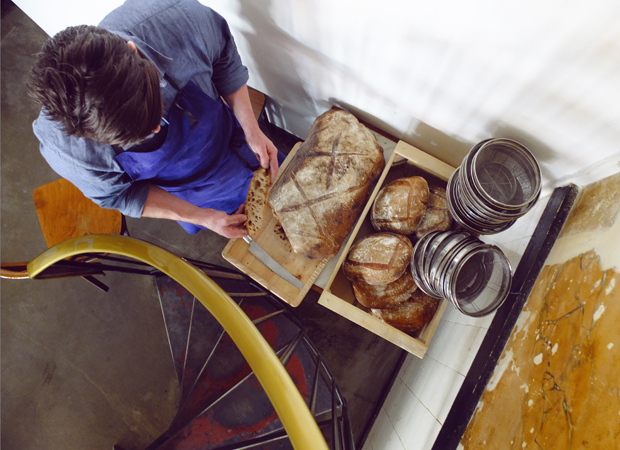 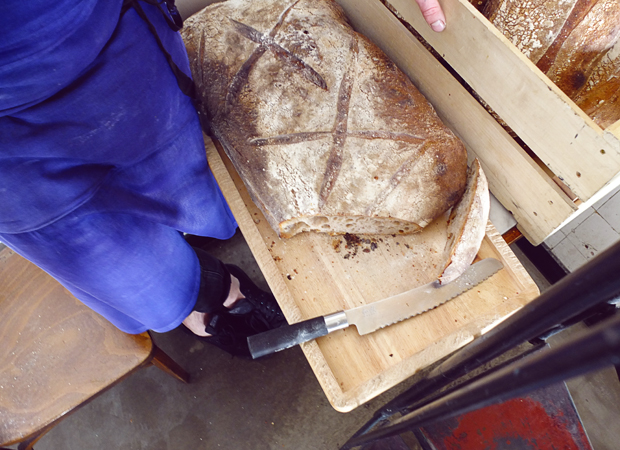 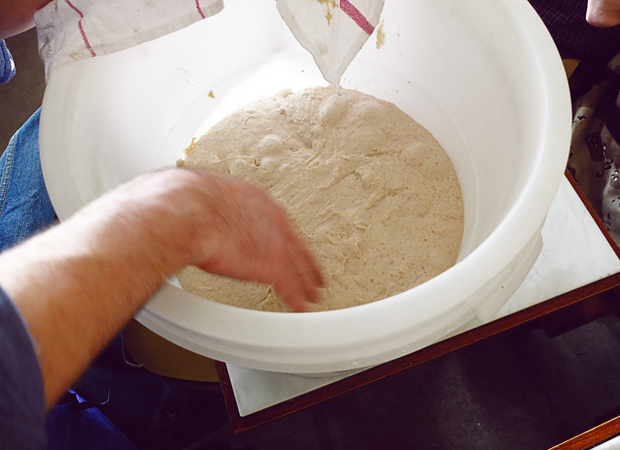 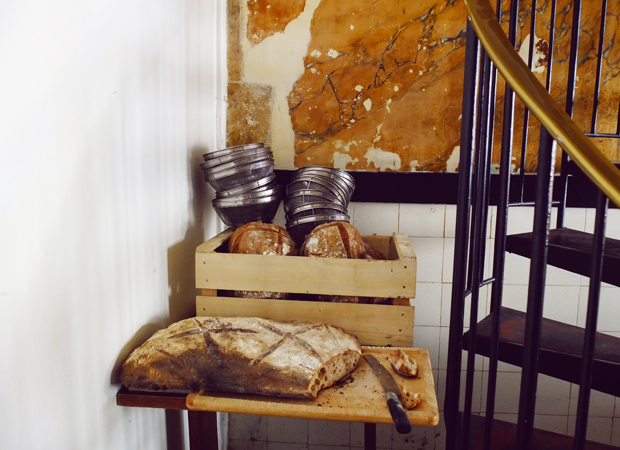 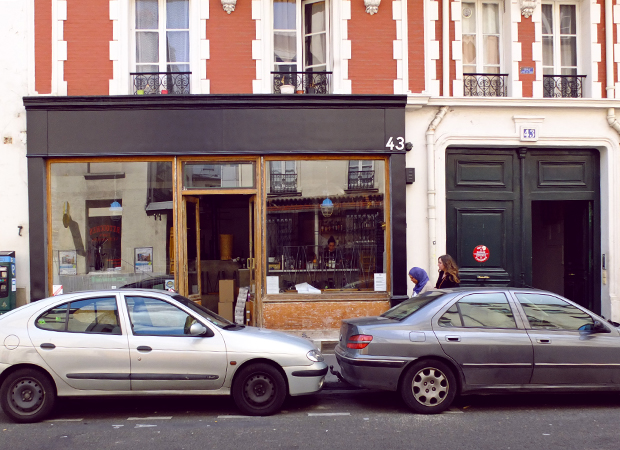 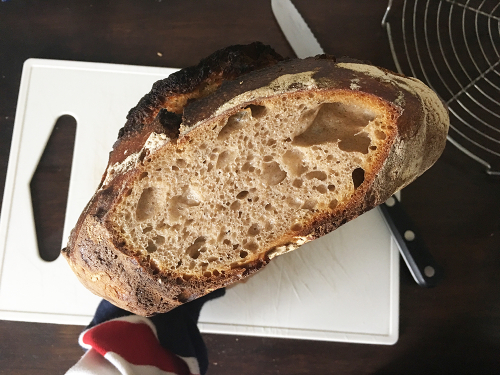 My relationship with sourdough spans a bit over a decade now. I've been evolving my methodology and recipe over time according to tricks of the trade that I pick up from fellow boulangers. In my opinion, bread making is one of the most satisfying objects one can make with their bare hands. To me.…
Hey, how’s it going? I recently watched Aaron Chen’s ‘A Life In Questions: Wisdom School’ and throughout the 11 minutes and 34 seconds of the video, several questions arise. I’d recommend you to watch it just to take your mind off things, but if we’re being serious here, I did have some takeaways...…