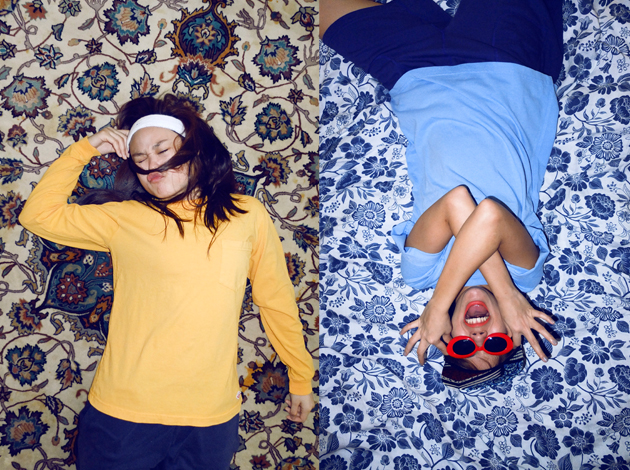 The world is fast changing and young people are becoming incredibly equiped for an online existence, and perhaps the Internet has made for a new way of expression and development. So Lauren chatted to band-of-the-times X0809, a female duo who are inspired by women who embrace a do-it-all-yourself reality. This is how today is run. Young people are growing up with a wealth of knowledge, inspiration, and exploration at their fingertips. Want to find out what kind of bell-bottoms George Harrison wore in 1974? Ask Siri.

Breakfast begins with band members Note and Anya to talk about what all this means for upcoming artists in the iPhone era, and what influences shape their creative, online existence.

Open scene: An unseasonably stormy Saturday morning in Bangkok. Lauren makes waffles for her musical guests. Waffles are then chowed down, and they all move to sit by the Ponytail Studio to digest and discuss things that make Lauren realise she’s getting a bit old. The rest will be narrated by her…

So Tell us about your new project, who are you working with, who’s making the tracks, and who’s writing the lyrics.

Anya: for the first album it’s me because we were in a hurry to get it released but the following one we’ll make together.
Note: it depends on our time, it depends on money.
Anya: but this one I wrote a while ago and I made a demo for it. Note listened to it and said ok straight away! So we started making it!
Note: it’s really good, she knows what’s good, she’s smart.
Anya: thank you (sarcastically, playfully) nice…
Lauren: so it’s all Anya this album, lyrics and tracks.
Note & Anya: yes then when it comes to producing we do that together.
Note: the next one is going to be rap, I wrote a rap song.

Note: it’s a secret code! It’s like telling people your atm card number.
Lauren: So basically you made your own password the title of your band.
Anya & Note laugh hysterically.
Anya: No! She’s comparing …
Note: it’s a synonym. It’s our secret code.

Where does most of your inspiration come from?

Anya: I think technology is a huge inspiration. We’re an electronic band, we are fond of making things from synthesisers or sampling – we went field recording, smashing things and we take it back to the studio to pull things for the beat or to layer.
Note: yeah because when I heard the song for the first time I was like ‘dude we gotta sample weird noises’ it’s much more effects driven which makes it more powerful to me.

Do you think there are any artists out there who have inspired the sound?

Anya: We don’t have specific artists but we admire people who do everything themselves.
Note: the concept of this album is that we do everything ourselves from scratch from writing lyrics to producing, mixing, mastering, to the branding and graphics – and the visuals on stage.
Lauren: you want it to be exactly you.
Anya: we love Grimes because she produces everything herself from music to directing her music videos and actually edited them too. So we wanna do that.
Lauren: Girl power
Anya & Note laugh: yeah girl power!

If you were an object, what would it be?

Note: a ferret isn’t an object but I think I’m so much like FanFan (Note’s pet ferret)
Anya: maybe a grand piano because I grew up with one and if it wasn’t for that then I wouldn’t be me!

Do you have any rituals before you start making music?

Anya: I don’t. When I make music I just jam first and then if I think it’s good then I’ll record it. This happens mostly at night. I can’t do it in the morning or daytime. I have to be listening to something or playing piano or synths or guitar. And then I’ll come up with chords or lyrics to develop.
Note: I only work at night too but no real rituals.

Do you think there are big differences between being independent and signed to a label in the whole process?

Note: we can have the freedom to do anything we want!
Anya: yeah, at the end of the day you can achieve something that is 100% you, nothing is filtered by someone else to make more money
Lauren: so it’s not about making money it’s about making art.
Anya: yeah it’s about making art. So it’s really fulfilling for us. We can work anywhere we want and the process is more flexible. It’s not forced.
Note: on the flip side being independent is also so ******g hard, the process of getting our song on iTunes was a nightmare, but once we move pass these early stages it should get much better.
Anya: it’ll be really good for our future. Right now we are already ready to release our first single but we don’t have a distributor yet to put it on iTunes or Spotify for example. You still need a big guy to do that for you.
Lauren: maybe you’re not only learning how to be artists but you’re learning how to be business people.
Anya & Note: YES
Note: it’s been a really good lesson. Like after this we could start a label dude (laughs)

What are you listening to at the moment?

Anya & Note (look at each other smiling): MIA (laughing)
Anya sings: live fast die young bad girls do it well…
Note: have you seen the collaboration she did with H&M?
Lauren: it made me really angry
Anya & Note both cry: WHY??
Lauren: so H&M are one of the biggest fast fashion companies in the world, they’re producing so many clothes for so little. They make cheap clothes that everyone wants but it’s producing a very wasteful consuming behaviour. We have too much stuff and all of this stuff is made so poorly that it doesn’t last more than a season or two before you throw it away or some other trend comes in. So I don’t see how a company like this can pull a green curtain over our eyes when the very core of its existence is the problem that they are pretending to be addressing.
Anya: it’s like CSR for them. So MIA sold out right, I think she knew right.
Lauren: maybe from her perspective any little change is a positive thing but of course she would have been paid big bucks for the collaboration. There’s always two sides to a story. So is MIA the only artist you listen to?
Anya: no I listen to grimes, FK Twiggs, and Banks.

How do you cope with stage nerves?

Anya: I don’t get stage nerves now that it’s my own music. But our old band The Krrr I got stressed out
Lauren: yes I remember you getting terrible stage nerves when I played that show with you guys last year
Anya: yeah because I was afraid I was gonna play the wrong note but because this new project is my stuff I don’t feel that anymore. It’s more of myself and now I’ve gig-ed a lot more now so I accept that sometimes you can’t help a slip and you can’t change the past. I don’t care anymore so I’m more relaxed.

Note, do you feel more expectation now that you’re doing your own project now?

Note: yes but I don’t care (laughs) I feel like if I care too. Much about that I’m gonna mess something up

What would be your zombie apocalypse escape plan?

Note: I’m gonna kill myself (smiling in defeat)
Anya laughs.
Note: it’s so scary in the movies ! Do I want to experience that? No way !
Anya: I’ll go on a cruise. Because zombies can’t swim!
Lauren: imagine right now there’s a zombie outbreak, what are you going to do.
Anya: I would be in war mode, fight until I die, then two minutes later I’m dead probably. Somehow I would try get to the water. 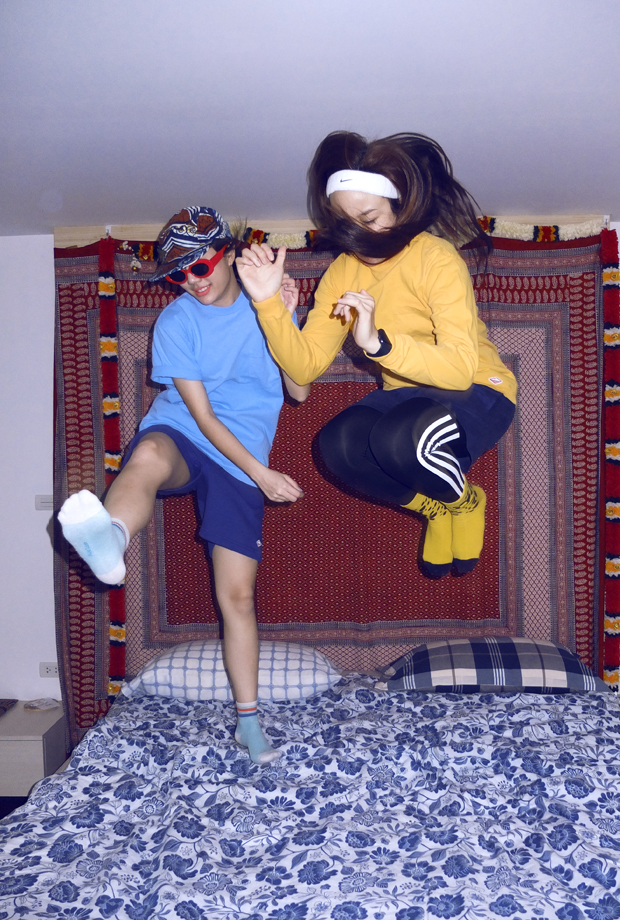 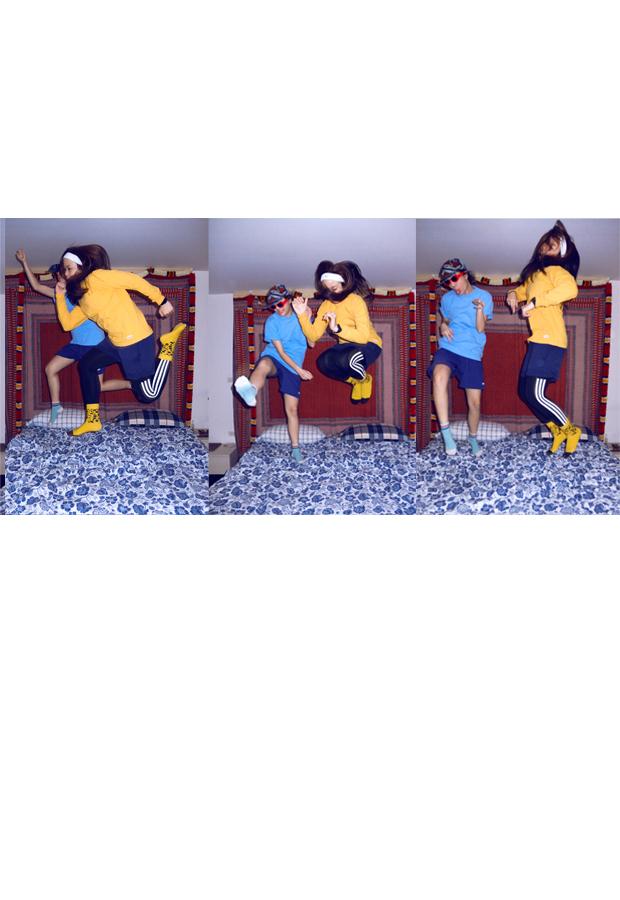 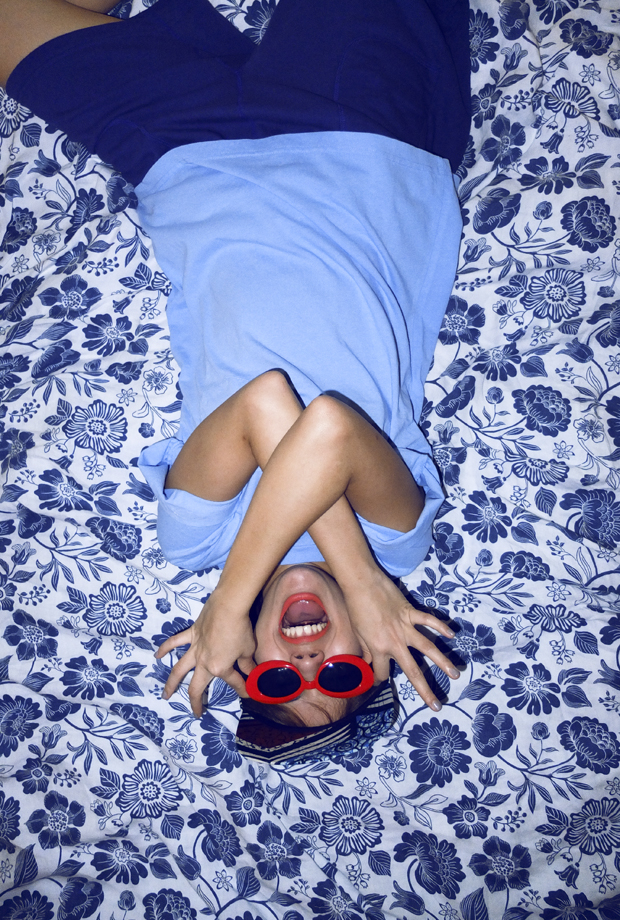 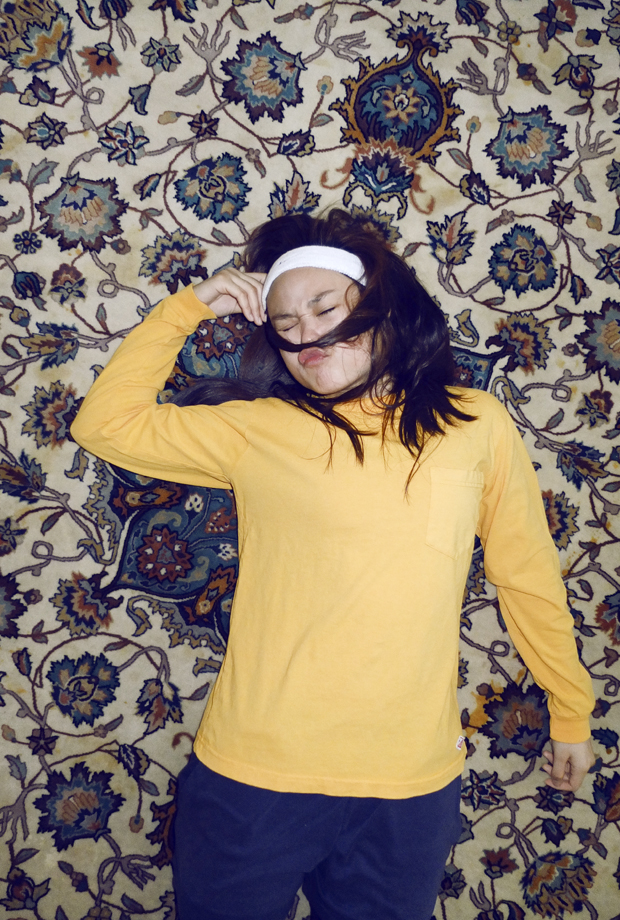 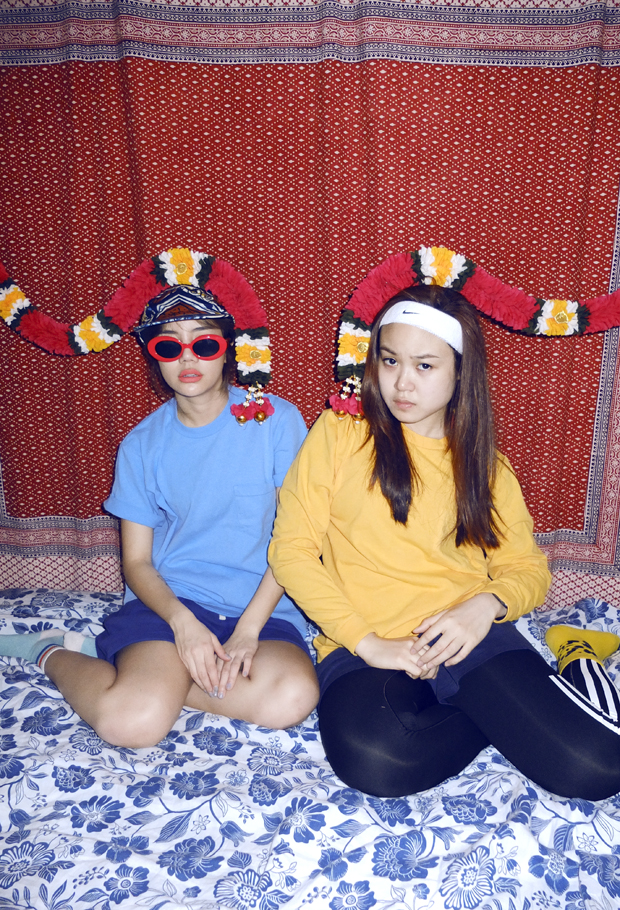 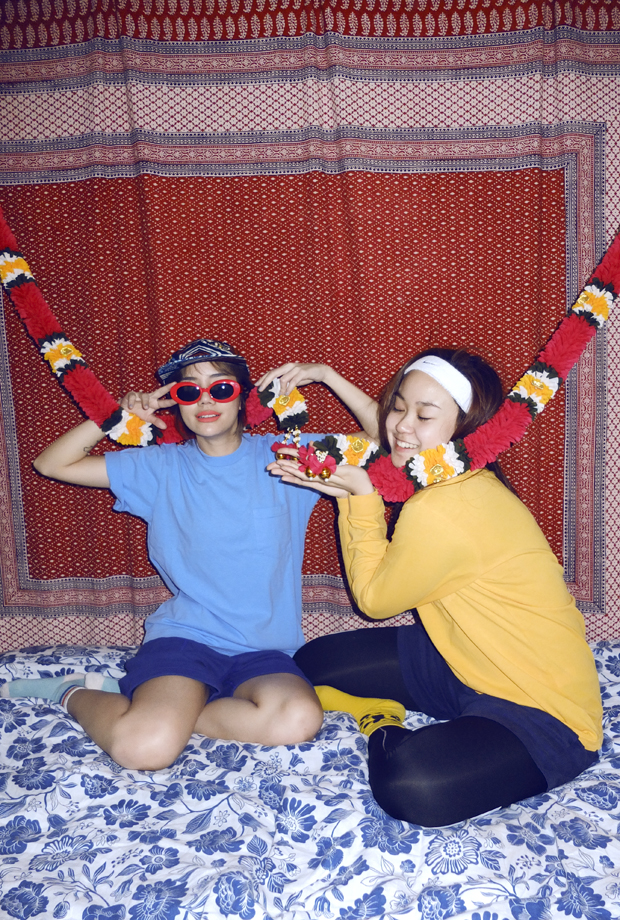 Stay tuned to the X0809 site and social channels for their upcoming release, we’re in for a psychedelic ride.

Robert Sukrachand is a New York City and Chiang Mai based furniture designer. Since launching his first collection in 2015 Robert has created mixed material works that blend divergent material and cultural influences. Our theme music is by E.L. Mahon The Ponytail Show · "The Ponytail Show" E... 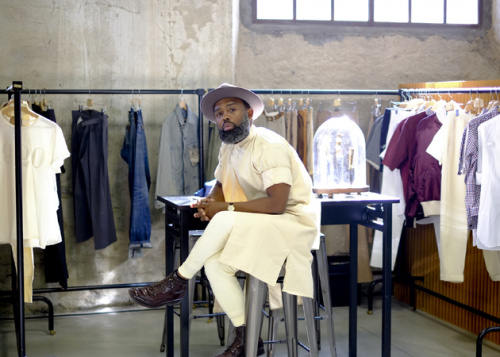 Our senses are really important. It’s how we experience the world and colour it in unique ways. We asked Ouigi Theodore some important life questions concerning food, smells, exit plans, old stuff, and garment hardware at the Liberty Hall, Pitti Uomo FOR THE LOVE OF CURRY GOAT.

I partnered up with Ponytail Pal Patty to bring you a fresh new flavour. These Masala gyoza are fried in a special way to ensure ultimate crispiness with a great curry taste !