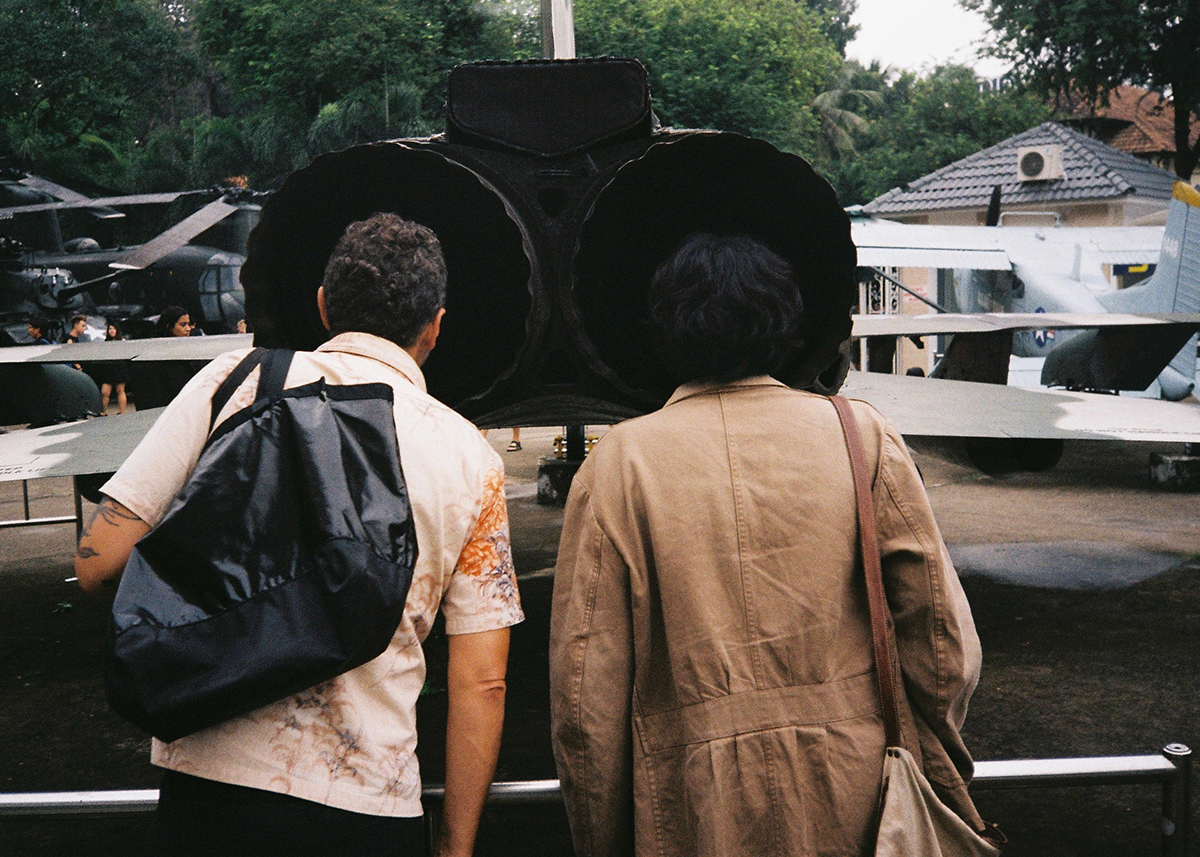 Welcome to the second rendition of our Saigon series, with special guests, Kiro Hirata and Eric Kvatek! This chapter, we stop for a hearty breakfast, visit the army surplus market, and take a moment to reflect on the terrible wars that held Vietnam captive for decades. 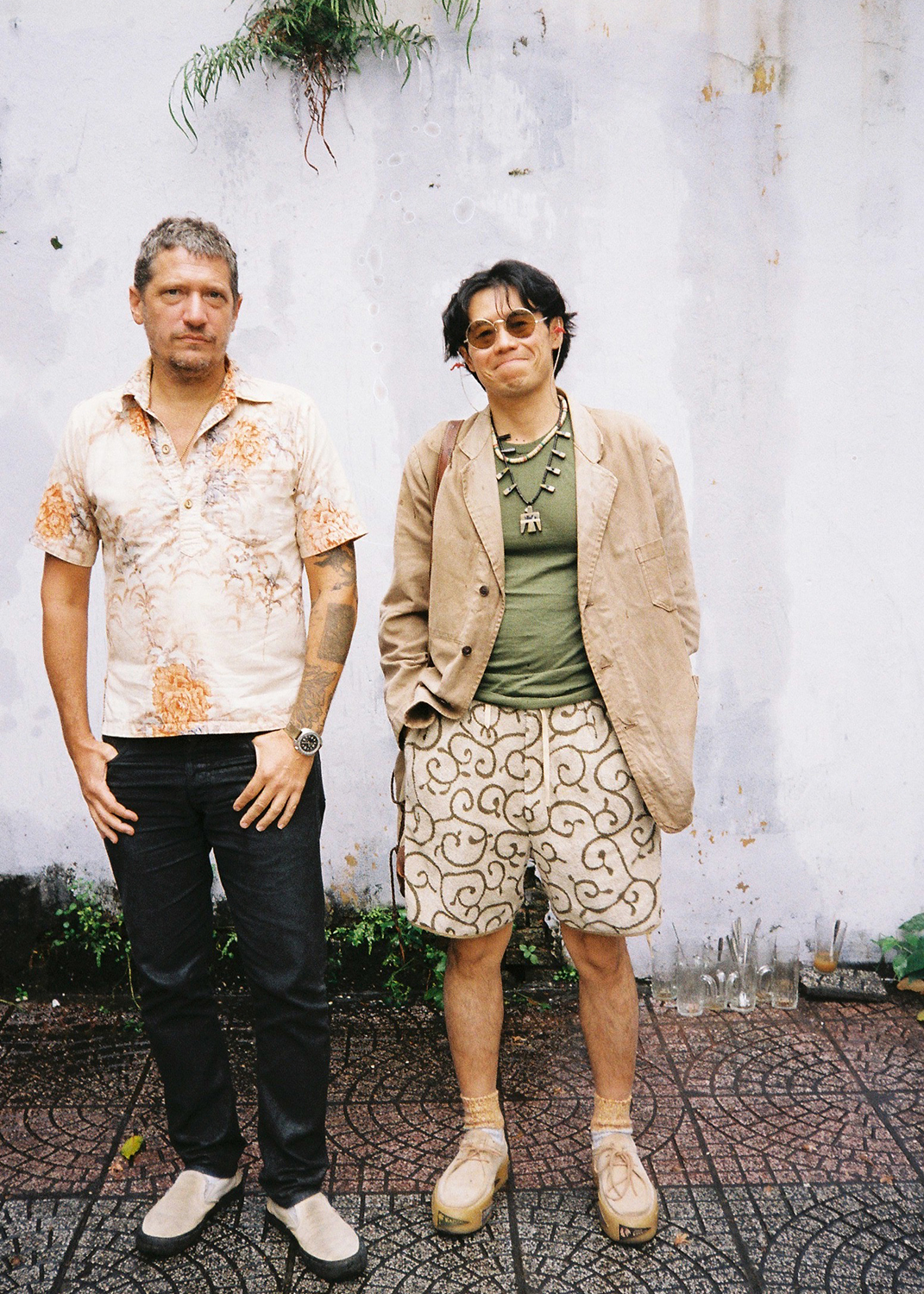 For me Vietnam is a gateway to the fast growing economic force that is Southeast Asia. Though the country has experienced colonisation, and war, it is a fast developing economy in the region to be taken very seriously. I visit often, this year 6 times and counting, to produce W'menswear outerwear in an atelier of highly skilled tailors who have been in the business for over 30 years. They are a dying trade, threatened by high global demand for mass production. A large portion of the world's technical outerwear and footwear are made in the Northern region of Vietnam, thanks to investments from China, Japan, and South Korea.

Every time I visit, I see rapid growth in the tourism industry too. Vietnam's burgeoning tourism industry is servicing Chinese, Korean, Thai, Russian, and Japanese tourists in volume. According to a briefing by Dezan Shira & Associates, a specialist practice that provides foreign direct investment services for international businesses, Vietnam is expecting to attract 17-20 million tourists in 2020 - not bad for a burgeoning market when compared to neighboring Thailand a well established holiday destination, who saw 38 million in 2018. I see much investment from its neighbors who understand that Vietnam is sitting on the world's most important shipping route, the South China Sea. Japan are building a high speed railway between Hoi An in the centre of the country, to Ho Chi Minh City, a rising metropolis sitting on the Mekong delta. Theyre also putting in a metro system in Ho Chi Minh City, a massive project among others that are reaching a $209 billion total investment from Japan – more than half of Japan’s total, a report from Fitch Solutions.

So as Ho Chi Minh city, formerly Saigon, is given a total cosmetic face lift, I enjoy sharing the hidden corners that tell the story of its complex past. Because to me, present nor future can possibly exist without the past. These 3 forces of time should be given aknowledgment. Perhaps this hits a high note for me because I have seen my home city Bangkok evolve from a vibrant city full of unique character into a spit-shined metropolis over my lifetime. Everytime I visit Saigon, I can't help but reflect on how 'progress' can take you by surprise. 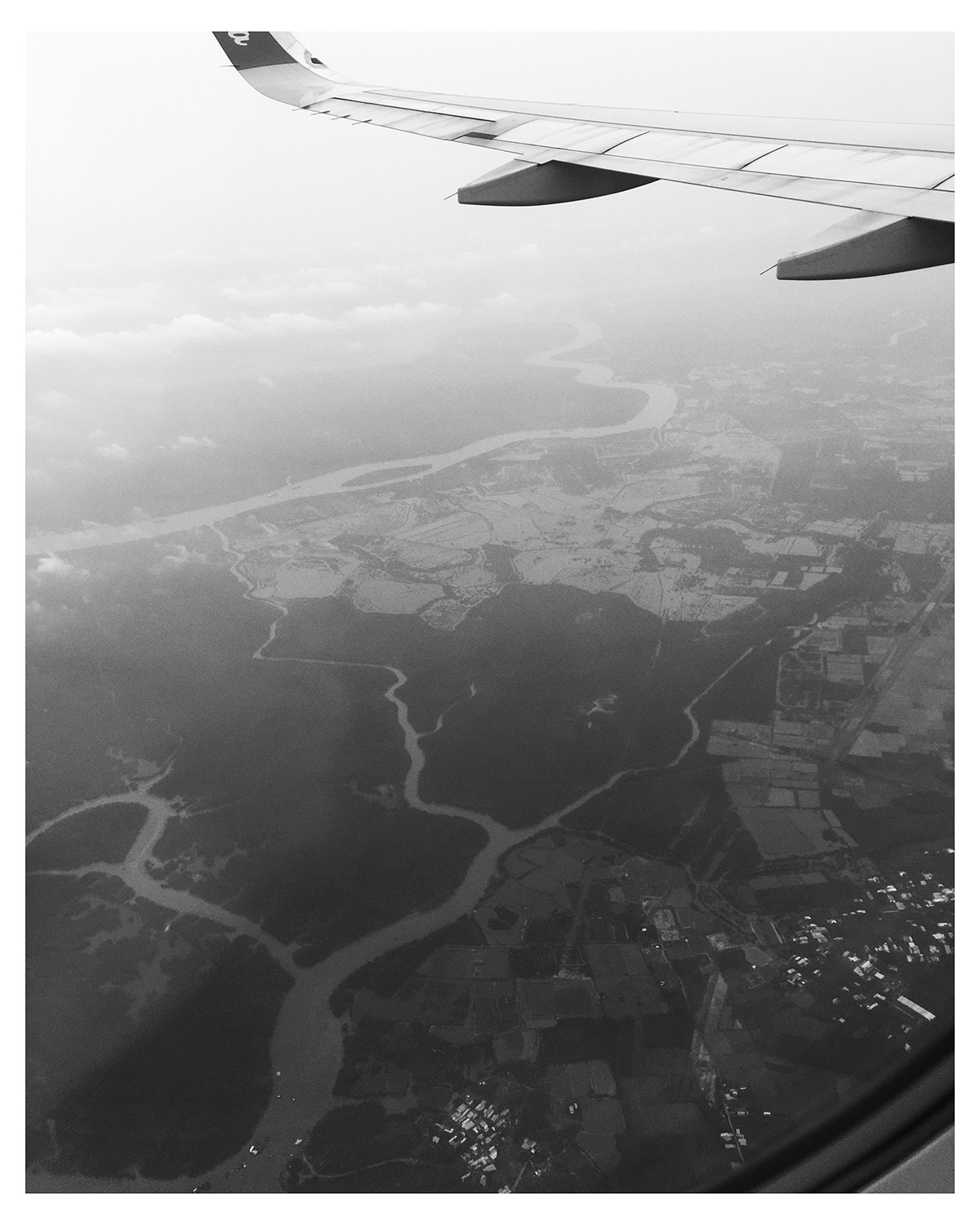 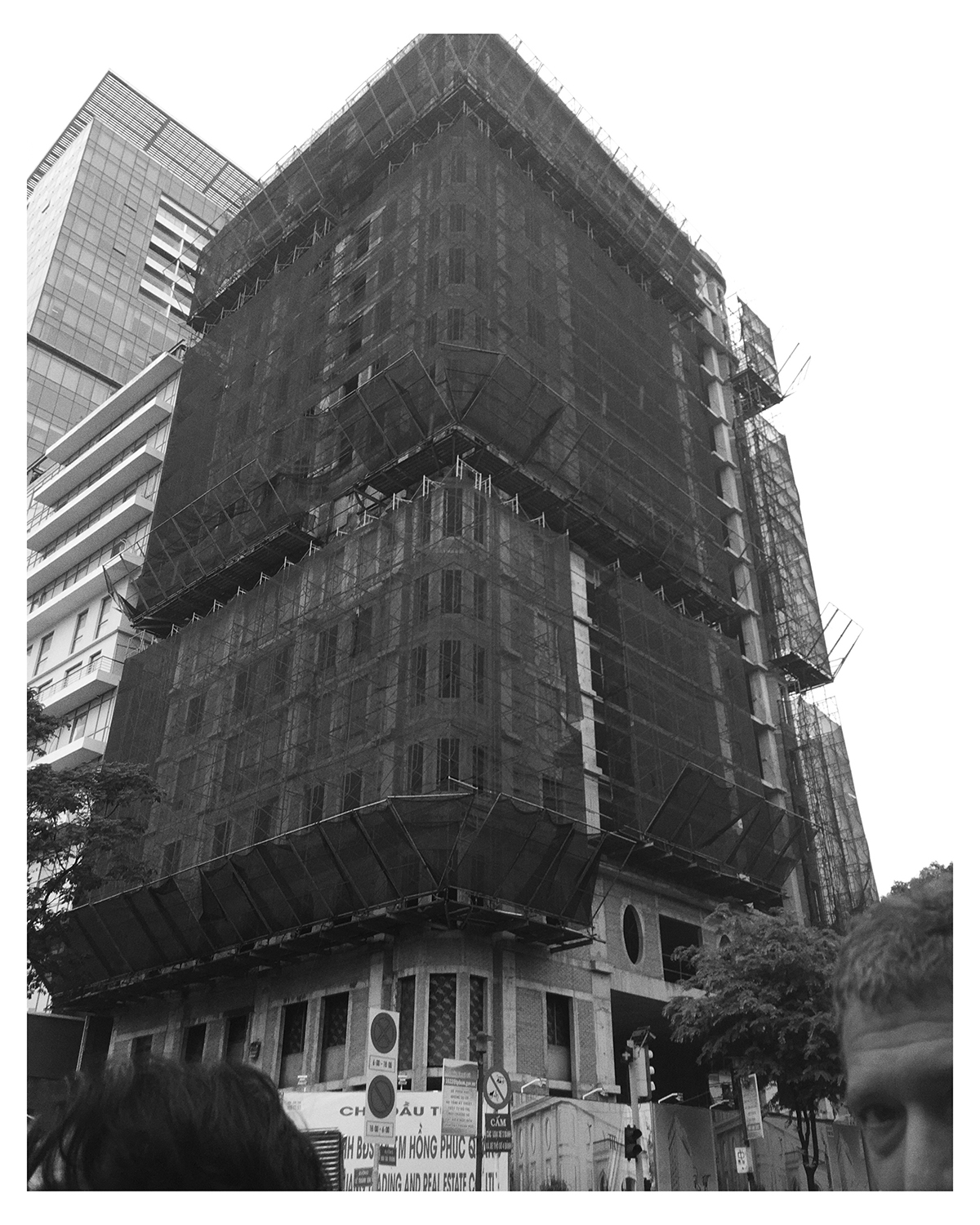 So Pho So Good

On the way from the airport to downtown, there's nothing like a quick bowl 'o pho to wake us up from that early bird flight we took from Bangkok. We stopped by Pho Thanh Nam, a hole in the wall kinda spot where they only do the 1 dish with 2 options, beef or chicken. Good morning Vietnam! 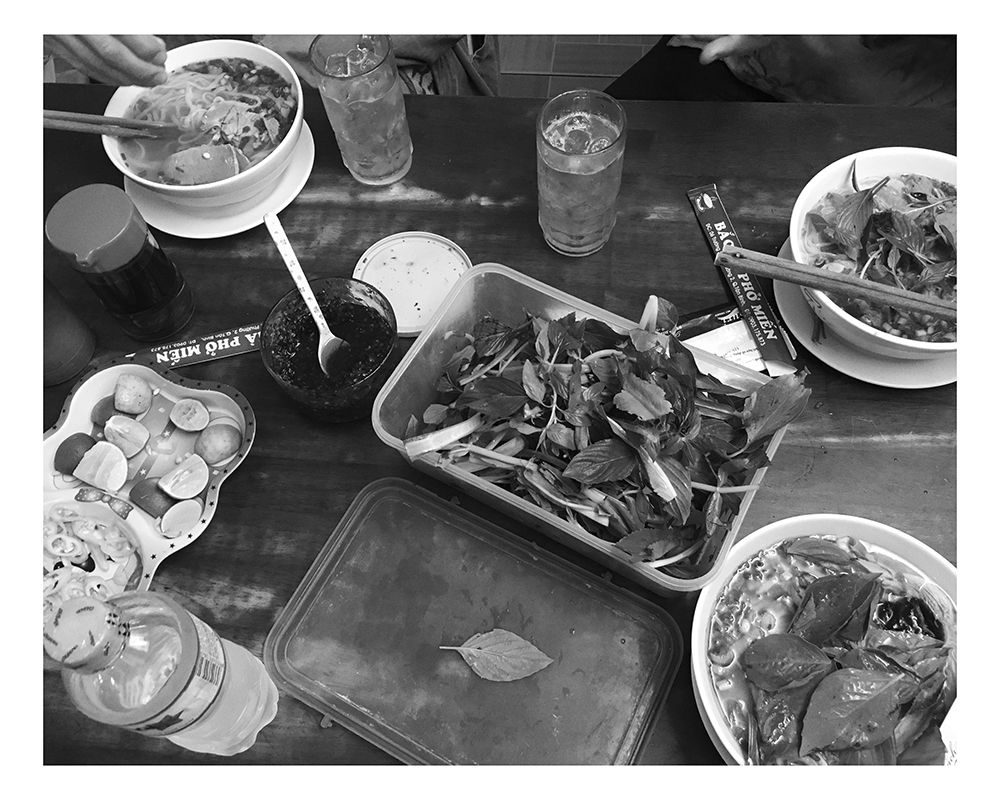 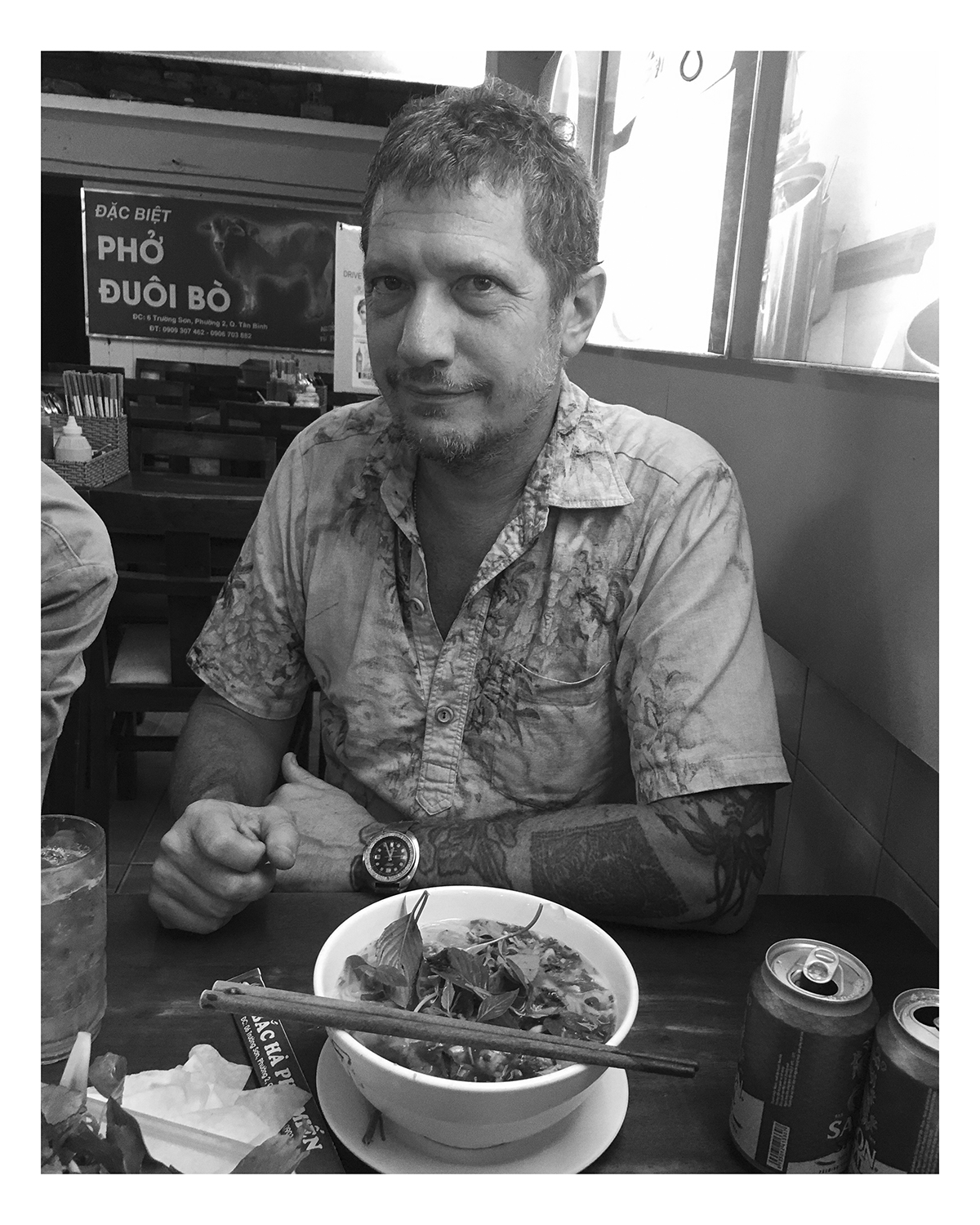 I always take people by this iconic hotel, once the only hotel where foreigners were allowed to stay, and a meeting point for war correspondants and photographers in the 60s and 70s. This was where a friend of mine used to come to collect rolls of film to smuggle back to Bangkok for developing and leek to news media during the Vietnam war. 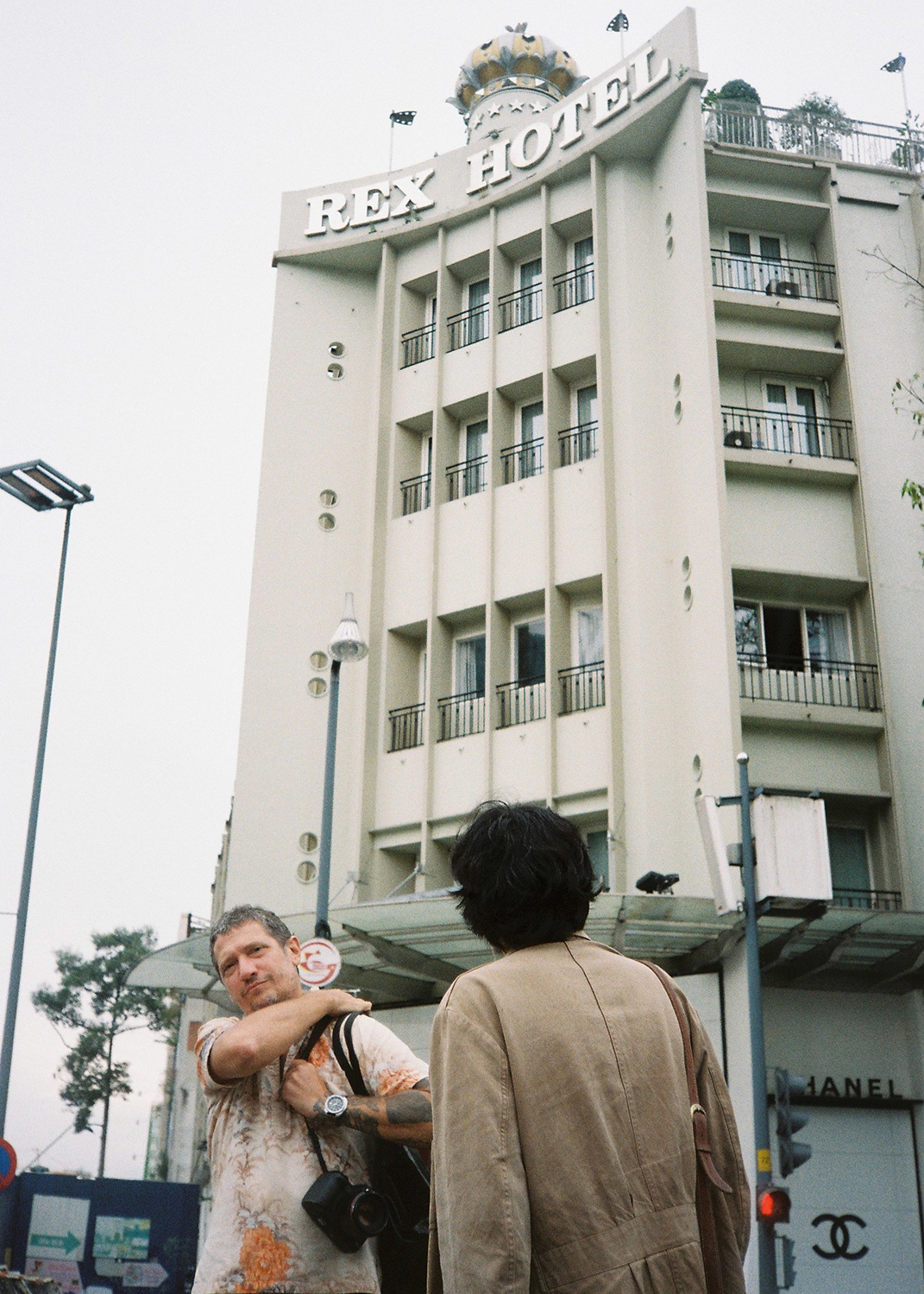 Dan Sinh Market, half hardware supplies market, half army surplus market, is a strange vortex of wonderment for anyone who is creatively inclined. Don't get me wrong, the army surplus stalls are full of replica pieces from the Vietnam war, but they have been reproduced in such an artistic and incredibly detailed way that the replicas themselves have become works of art. I usually come prepared with a face mask to help with the dust and engine fumes. 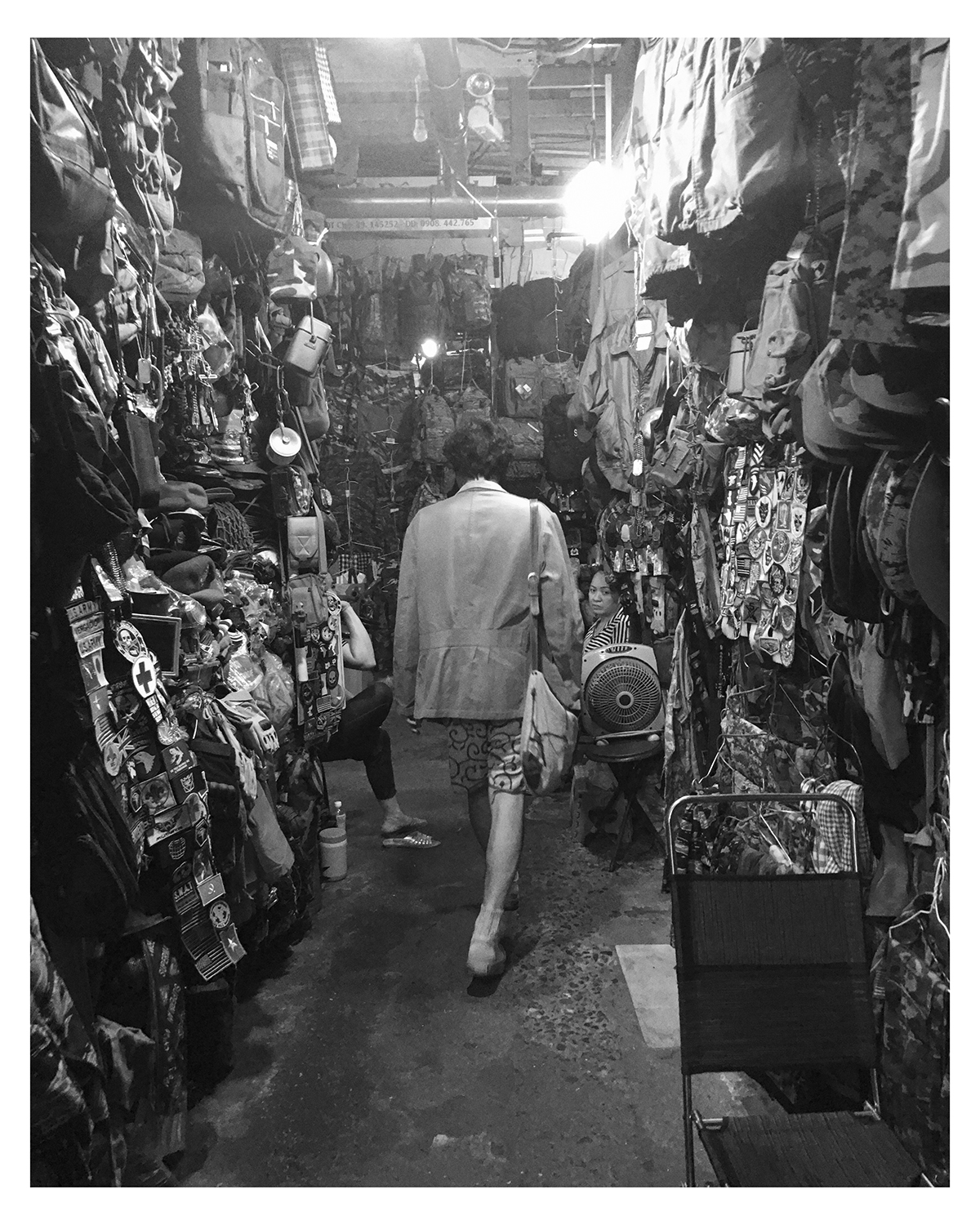 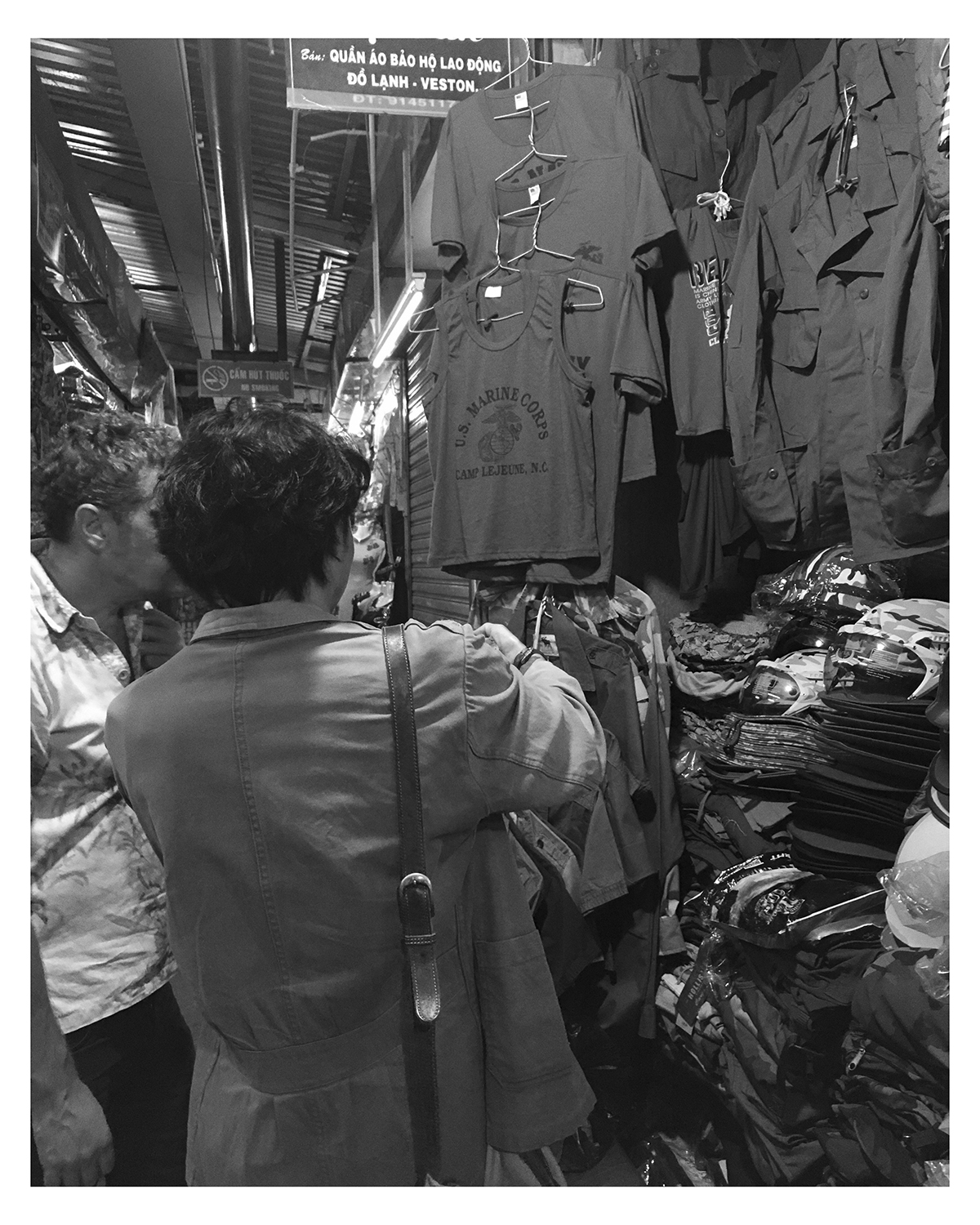 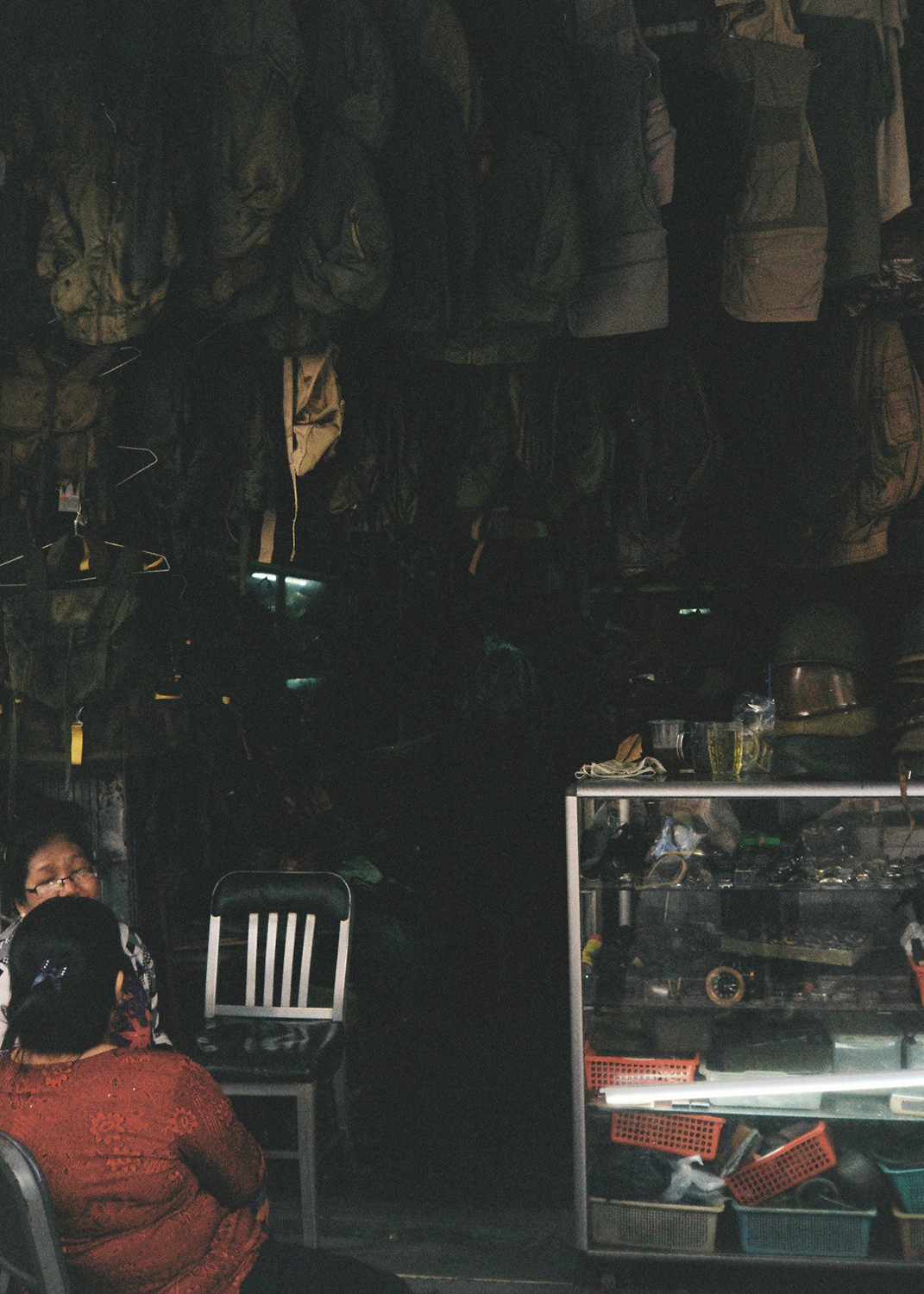 They say that there are two sides to every story, and that was definitely the case during the wars of 20th century Vietnam. For those who came from the West, this is a unique (if not only) opportunity to understand the Vietnam war from an official Vietnamese account, that which has been taught to Vietnamese people. What particularly struck my attention was the aknowledgement of the anti-war movement in the US and other countries around the world. As you move up through the museum's staircases, you are graphically shown the horrific effects of chemical warfare, and the toll on Vietnamese civilians generations after the war ended. It is a building that shows the underlying truth that the real cost of war cannot be seen while still fighting. 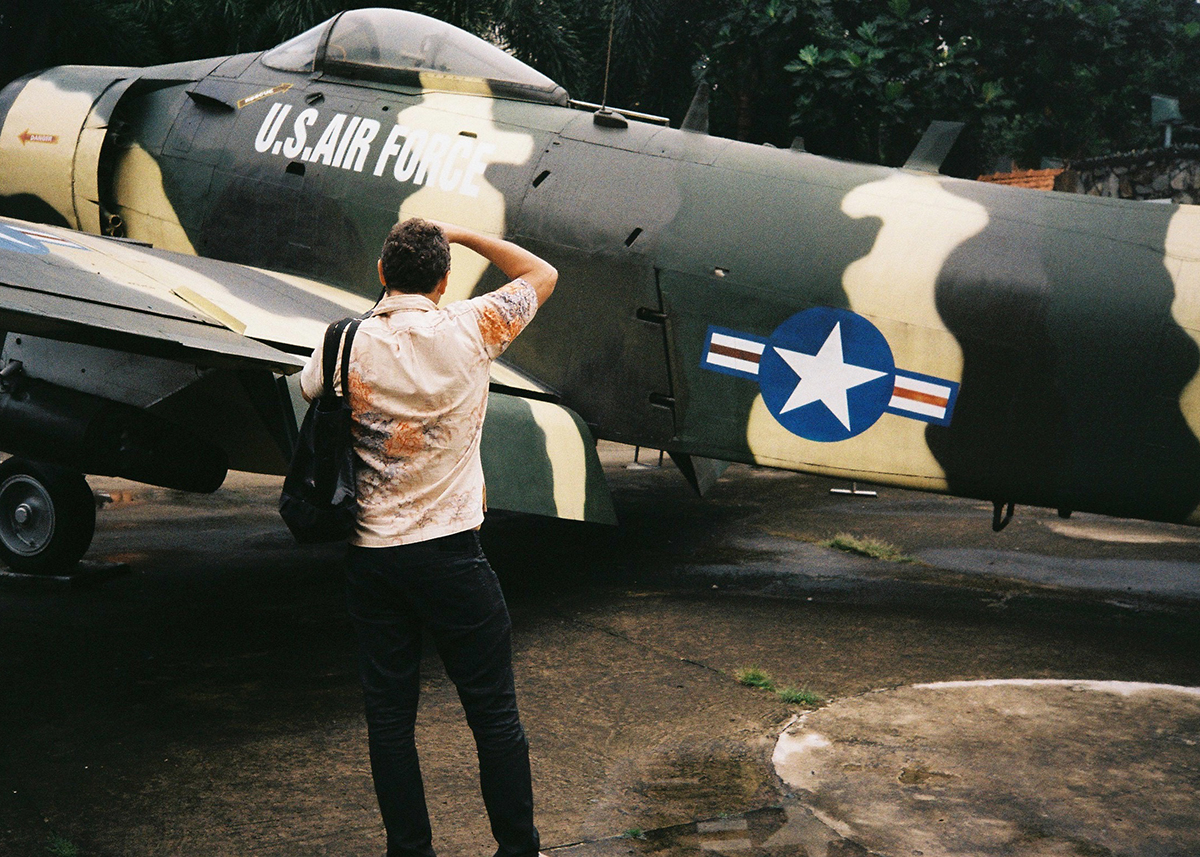 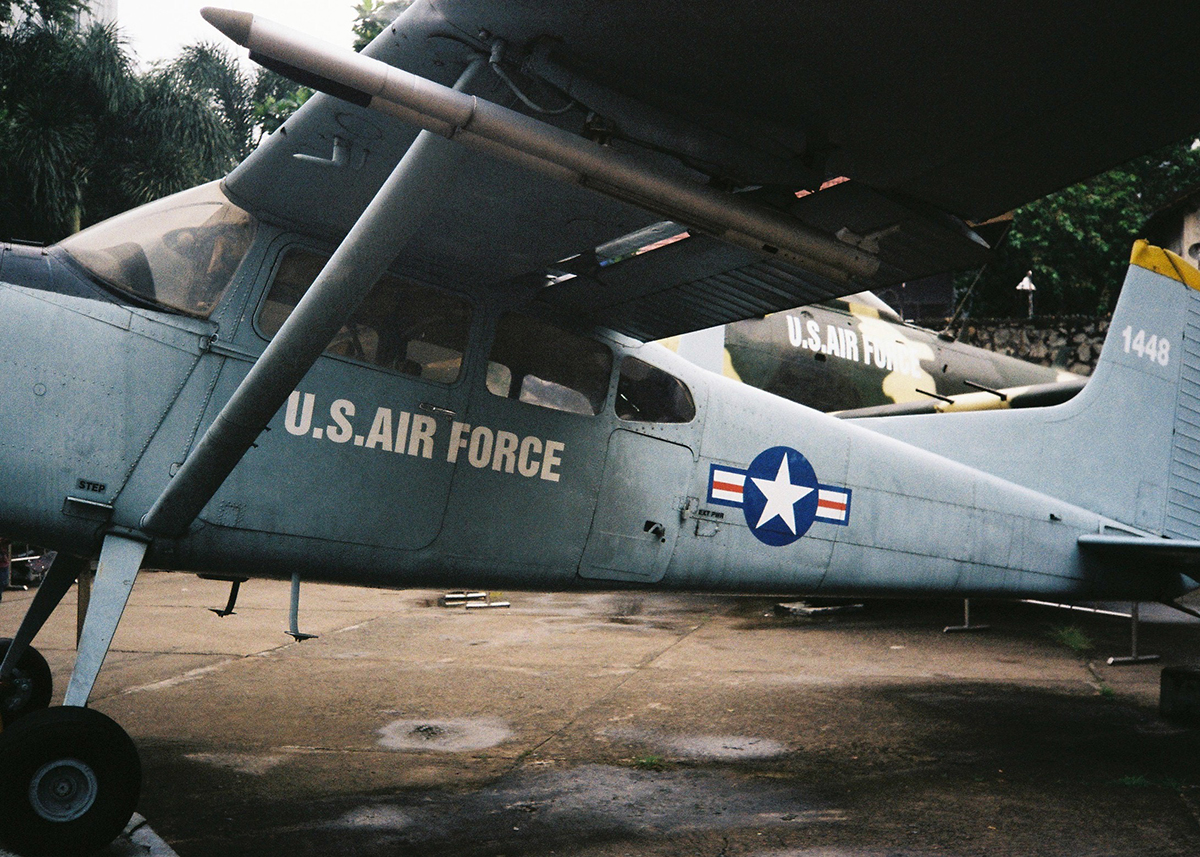 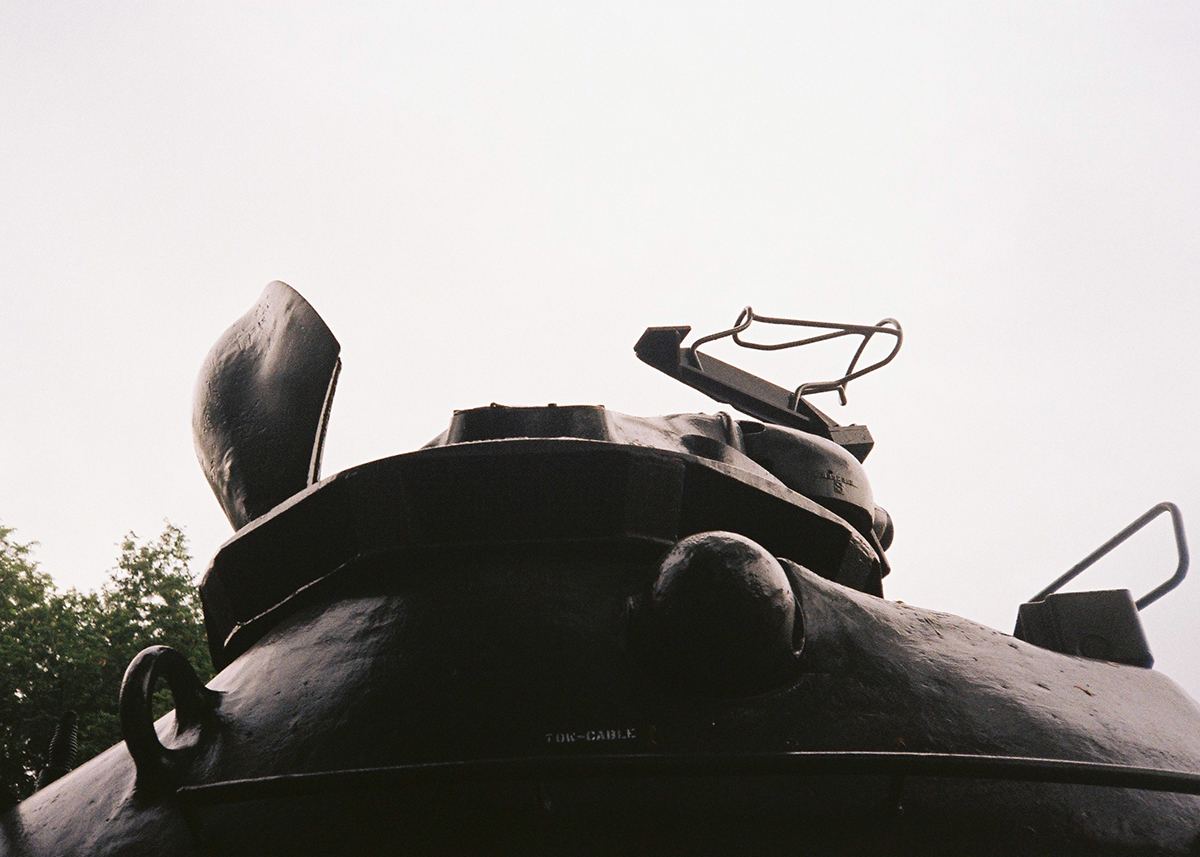 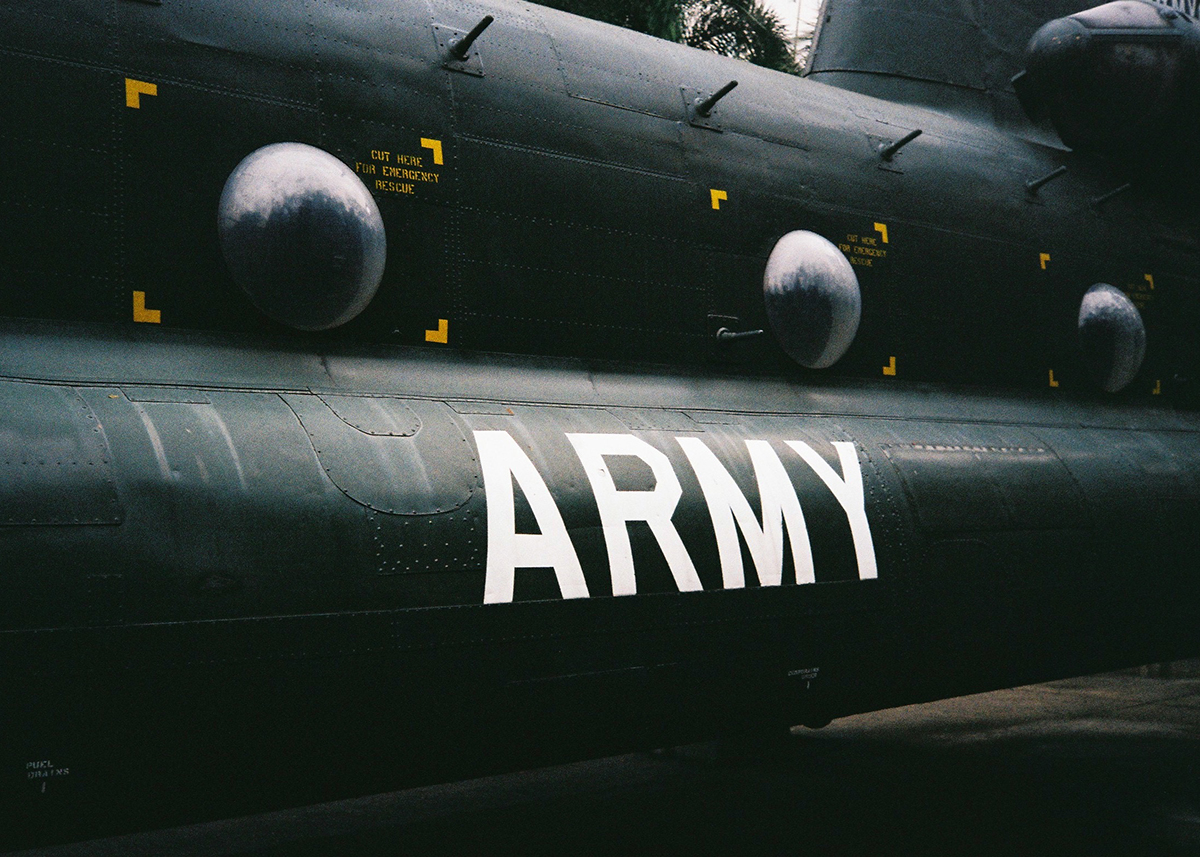 12 hours up just like that, time to go home Kiro and Eric ! 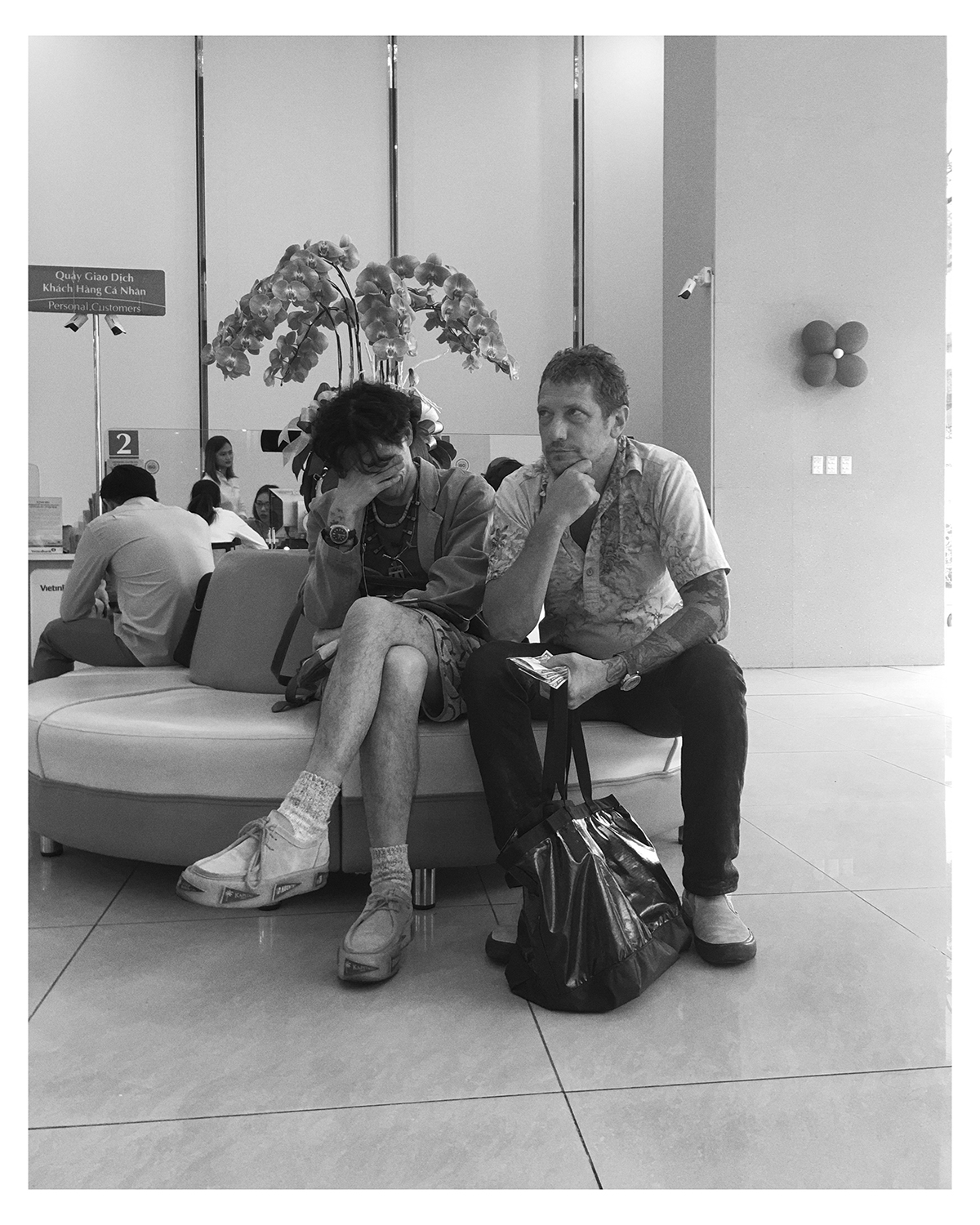 Shot and written by Lauren Yates. 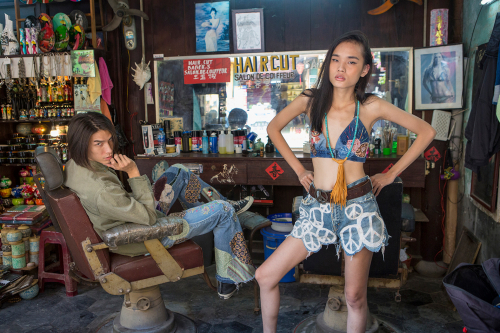 “Flare Star”, the latest book by our friends Kapital, has been a long-awaited concept for designer Kiro Hirata and his photographer pal Eric Kvatek. Back in 2015, I first met the two, to work on a Kapital production in Thailand. The shoot was intended to be shot in Vietnam, but moved to Northern T… 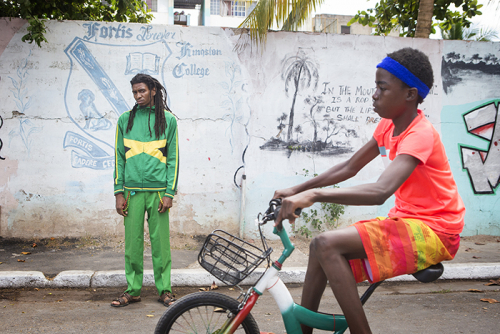 This week we have the total honor of showing you a collection of exclusive images from Kapital's latest book, 'Yardie Blues' shot by our pal Eric Kvatek in Jamaica. The collection was a collaboration between the brand and the Bob Marley family, who initially approached designer Kiro for the proje..… 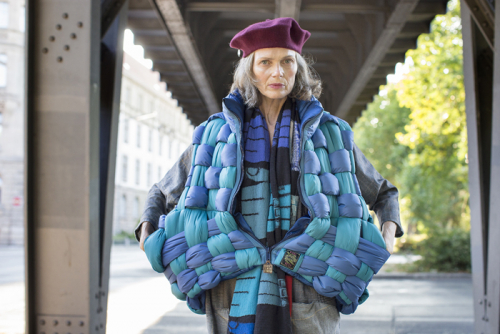 This Sunday 14th of October, our pals Eric Kvatek and Kiro Hirata will be throwing a book release party at The Window in LA for their latest book, Denim Bauhaus for Kapital. If that sentence made any sense to you, you'd probably be the kind of person who would also find much joy in a little previe…