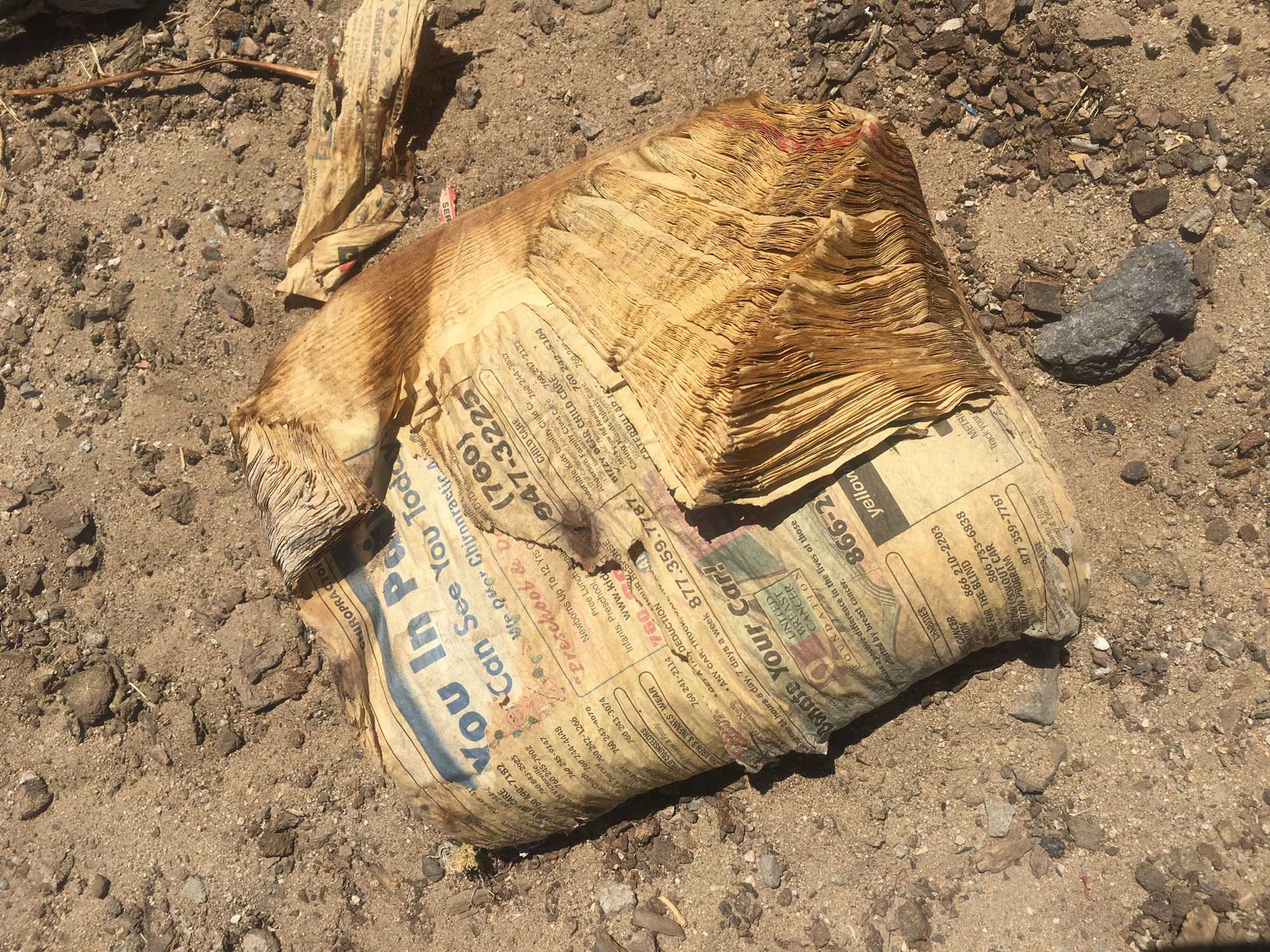 One of the greatest fears I had when traveling through the desert was the thought of car breaking down in the middle of nowhere with no water, no cell service and ‘help’ offered by the unexpected stranger. I am blaming this entirely on all the films and series I grew up with.

Learning for the past. The last trip out to Joshua Tree National Park, my sister and I had survived through the heat with a medium-size Dr. pepper and a chocolate milkshake from In-and-Out. I don’t know what we were thinking (or not thinking) but we managed to survive to tell the tale. So for this time, I had loaded 2 gallons of water in the back seat, safe to say we are very well hydrated. 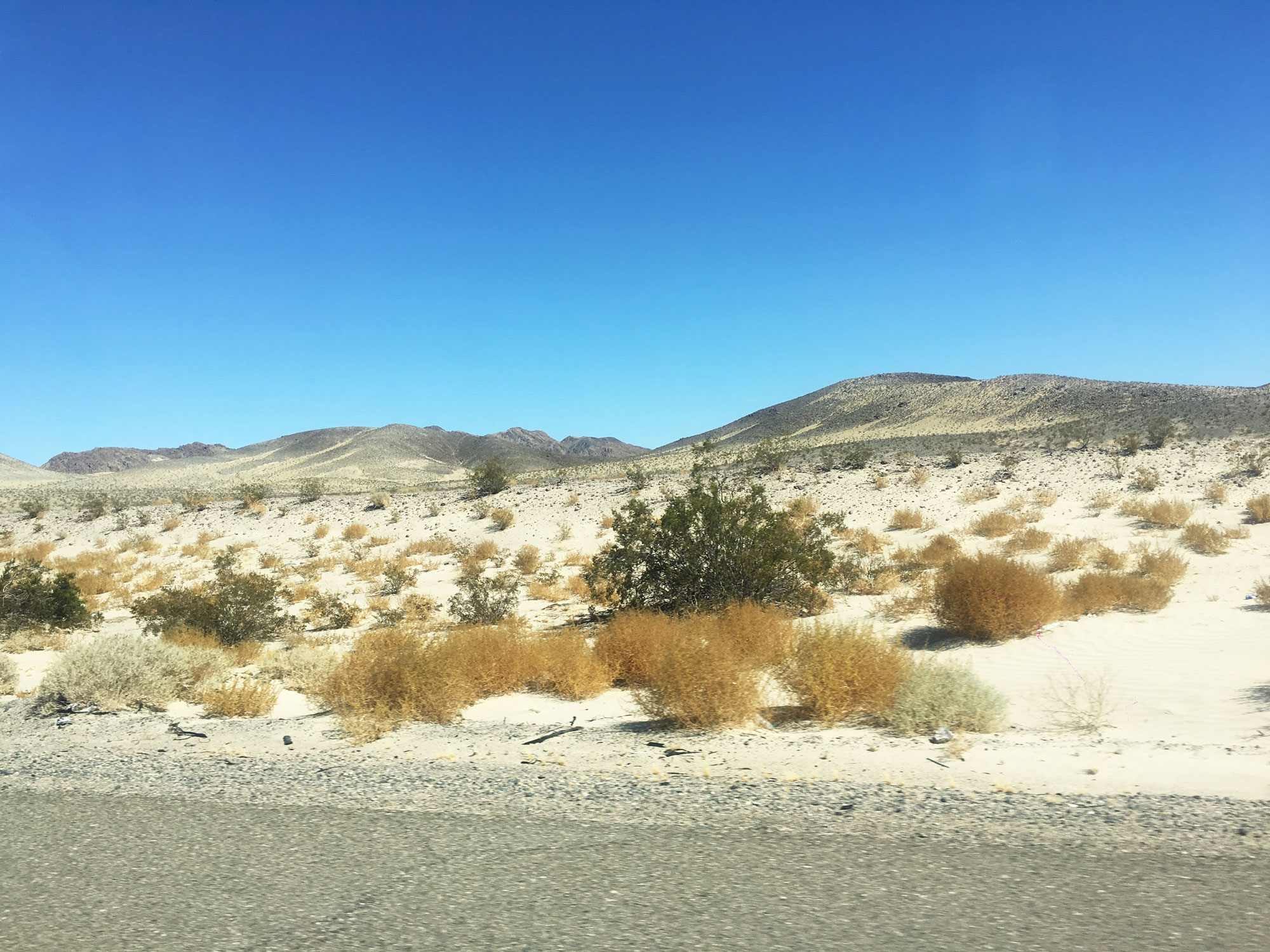 The body seems to know when entering a different climate terrain. The sense of thrill and adrenaline starts to kicks in. Everything looks foreign, and I find myself gazing into the horizon, lost in thoughts. 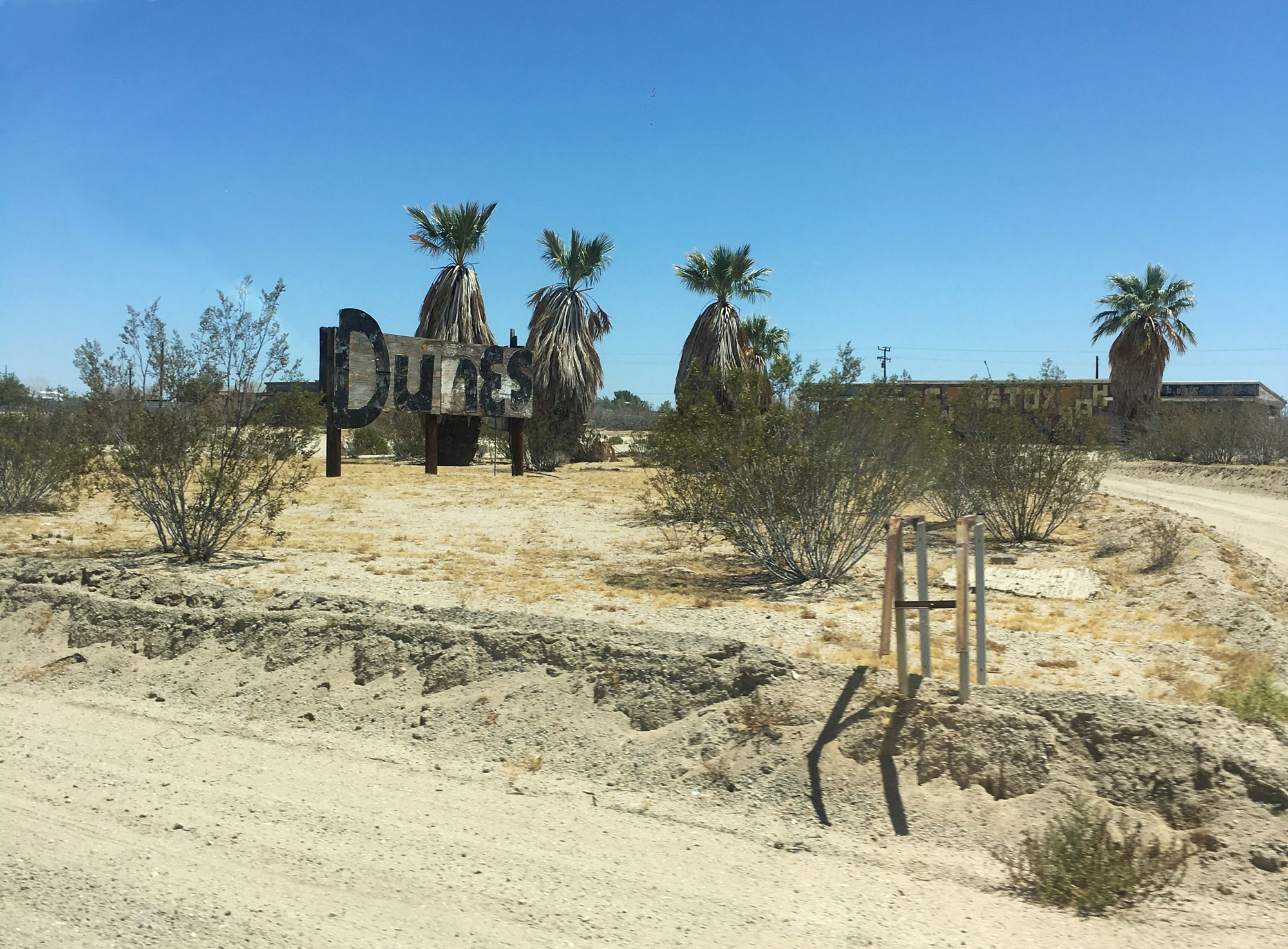 On the outskirt of Barstow, CA lies tree sculpture made with colorful bottles hanging on metal pipes by Elmer Long. Some of the items were found/kept from his road trips and search of old abandoned ghost towns. Walking through the sculpture I sense this feeling of stillness, a stop in time. 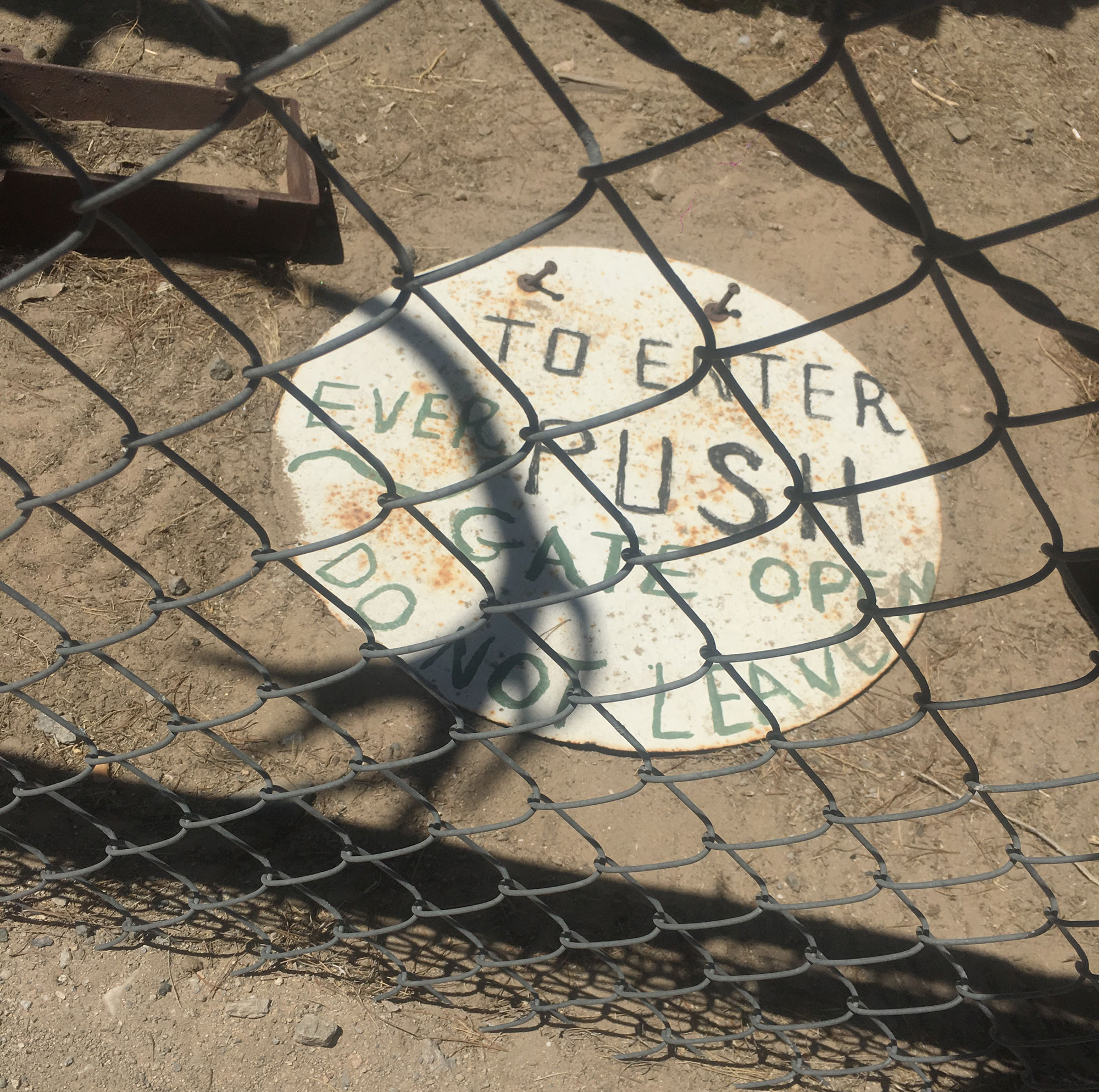 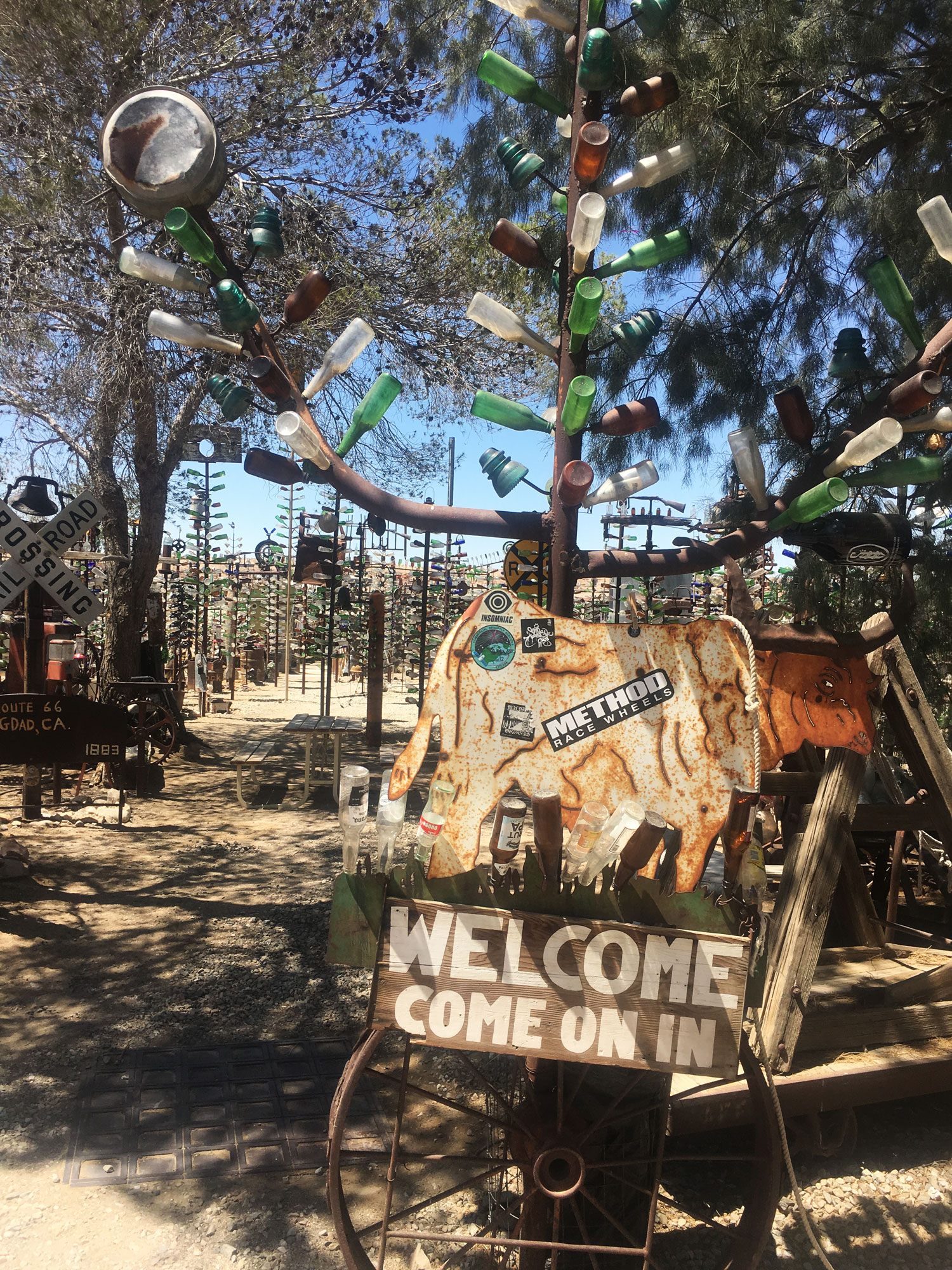 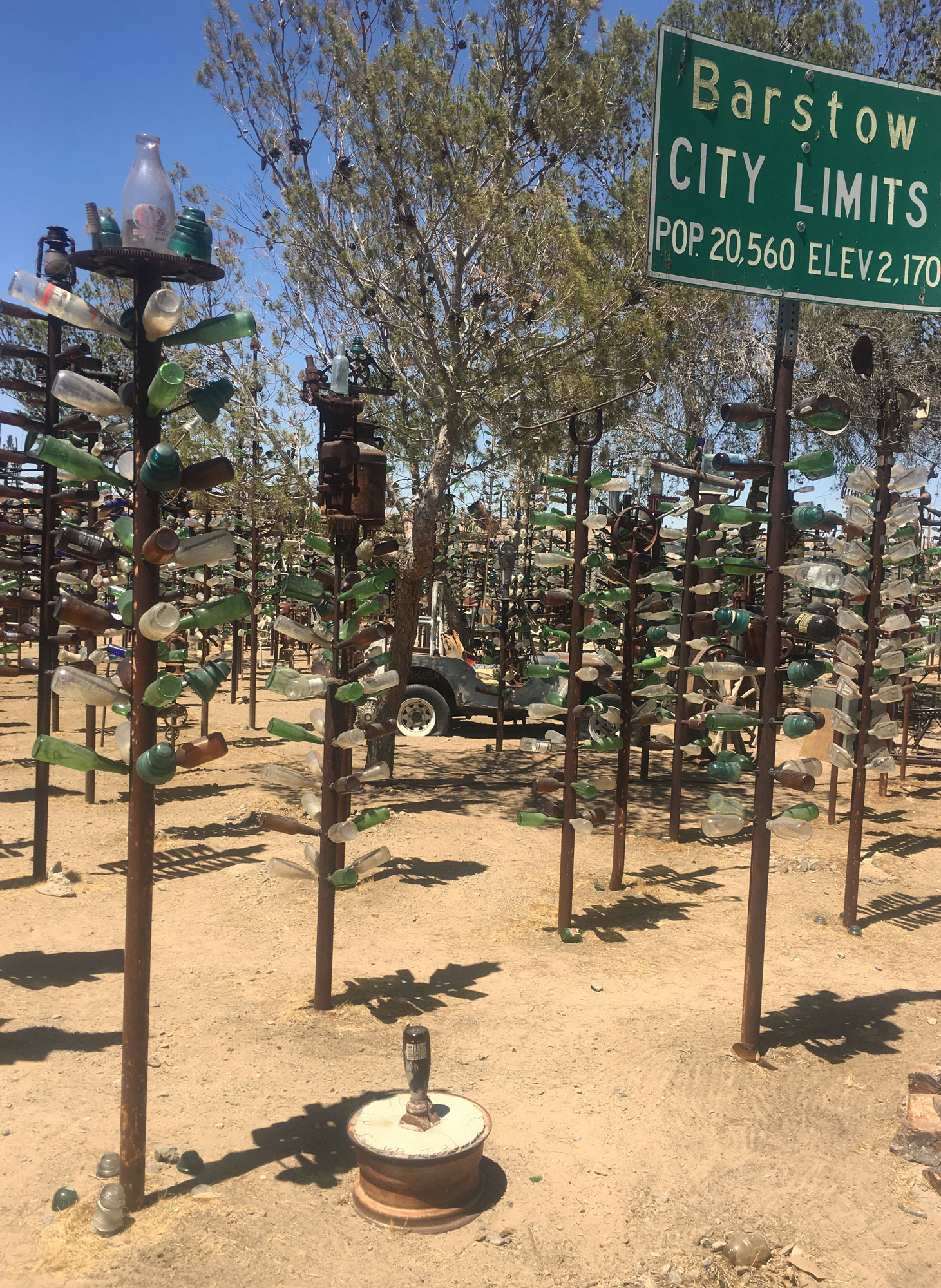 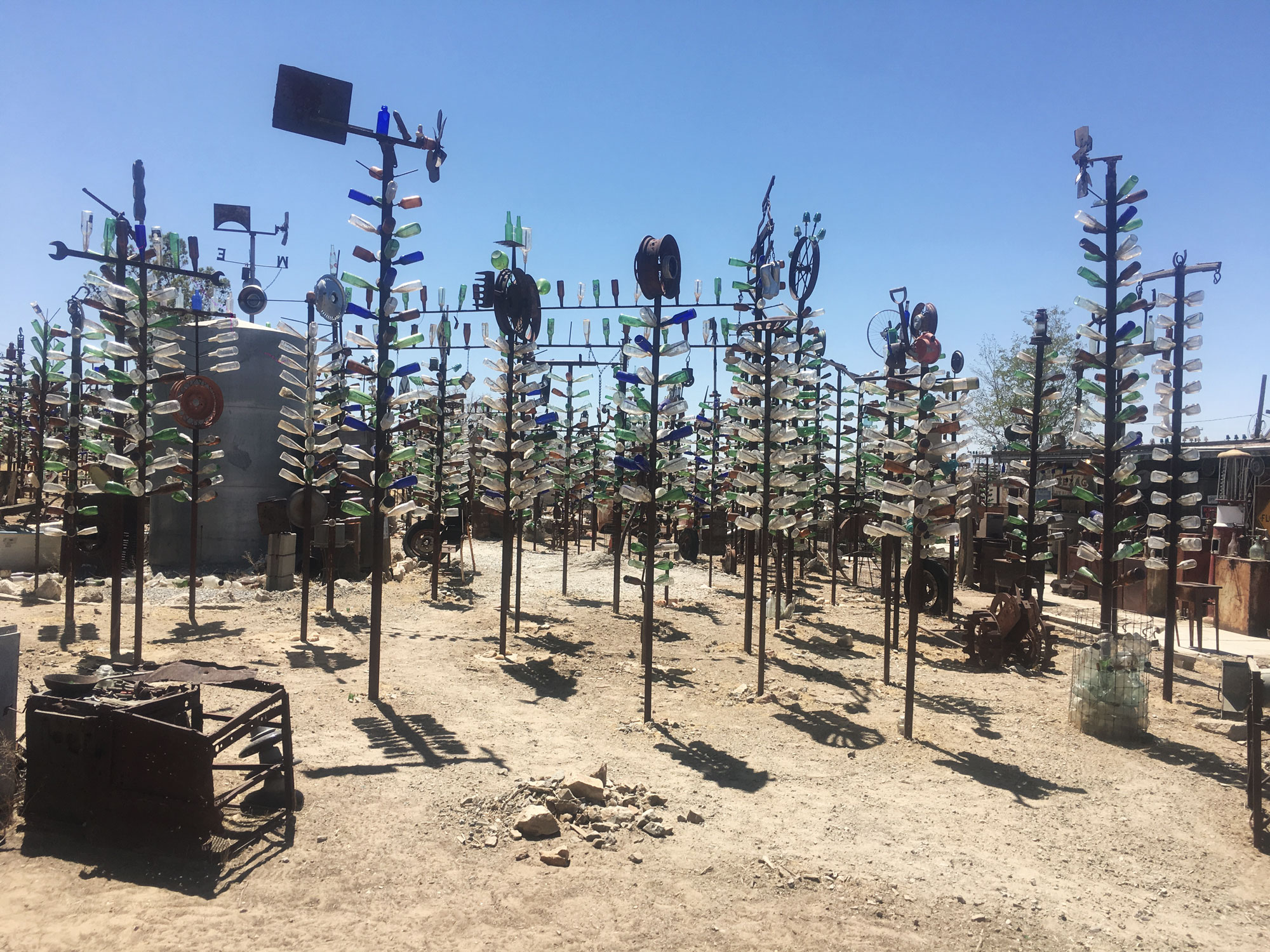 Pronounced as Zye-zix. Without the internet, I would have called it the Z-Z-Y-X-Z Road. In 1944, the road was named by Curtis Springer who wanted it to be the last on the dictionary. Unfortunately, he was later beaten by Zyzzyva, a genus of tropical American weevils. 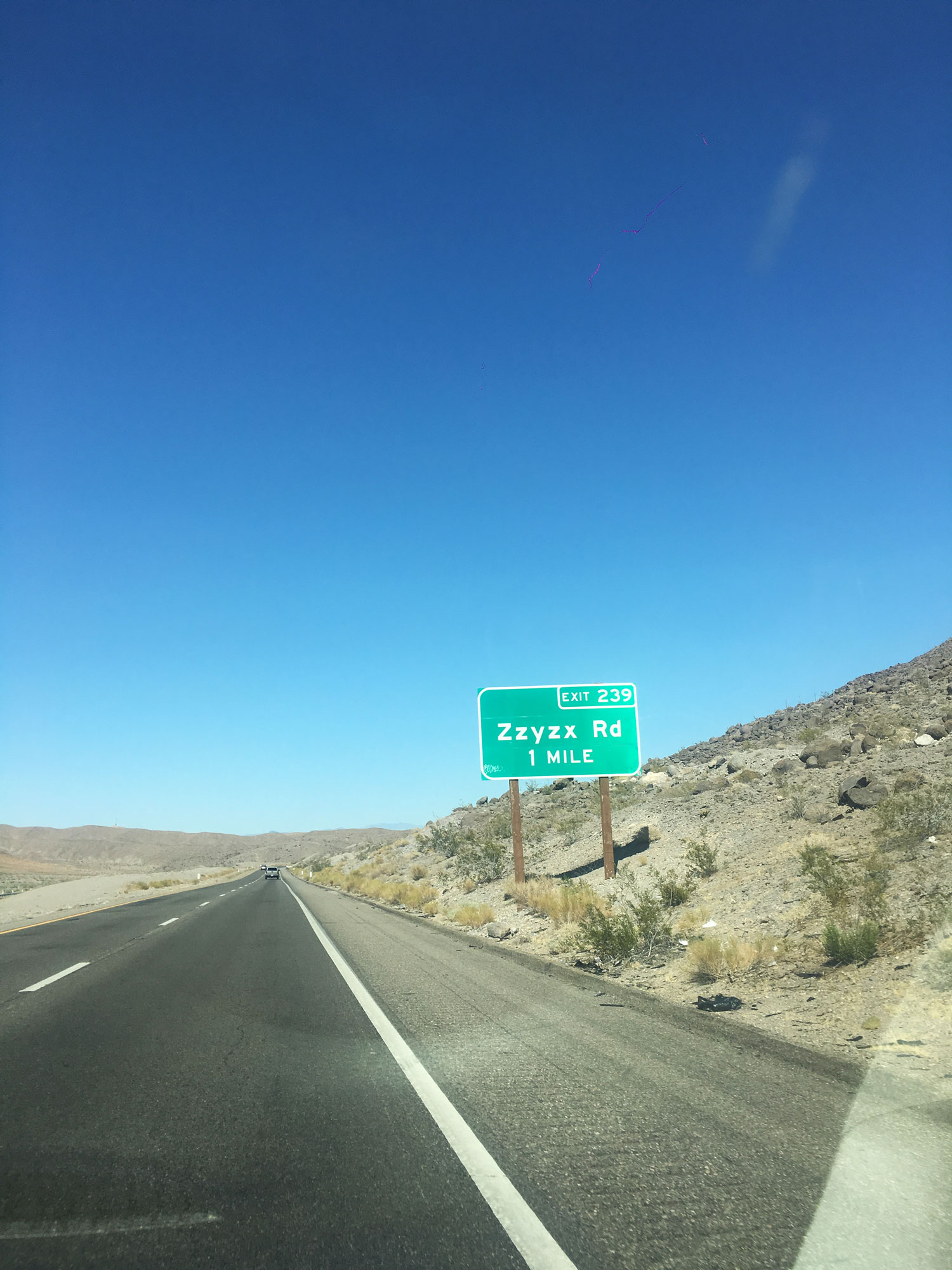 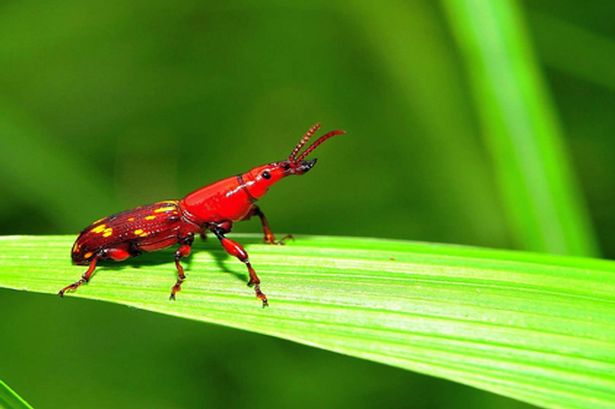 Springer built a resort over a mineral spring, the business took off but it was eventually shut down in 1970's by the government due to false mining business claimed. Since 1976, the area serves as California State University for Desert Studies.

Woah! The tallest thermometer I'd ever seen or anyone on earth will ever see. It's 134 feet tall towering the Mojave Desert floor. The temperature reads over 100 F on that day. 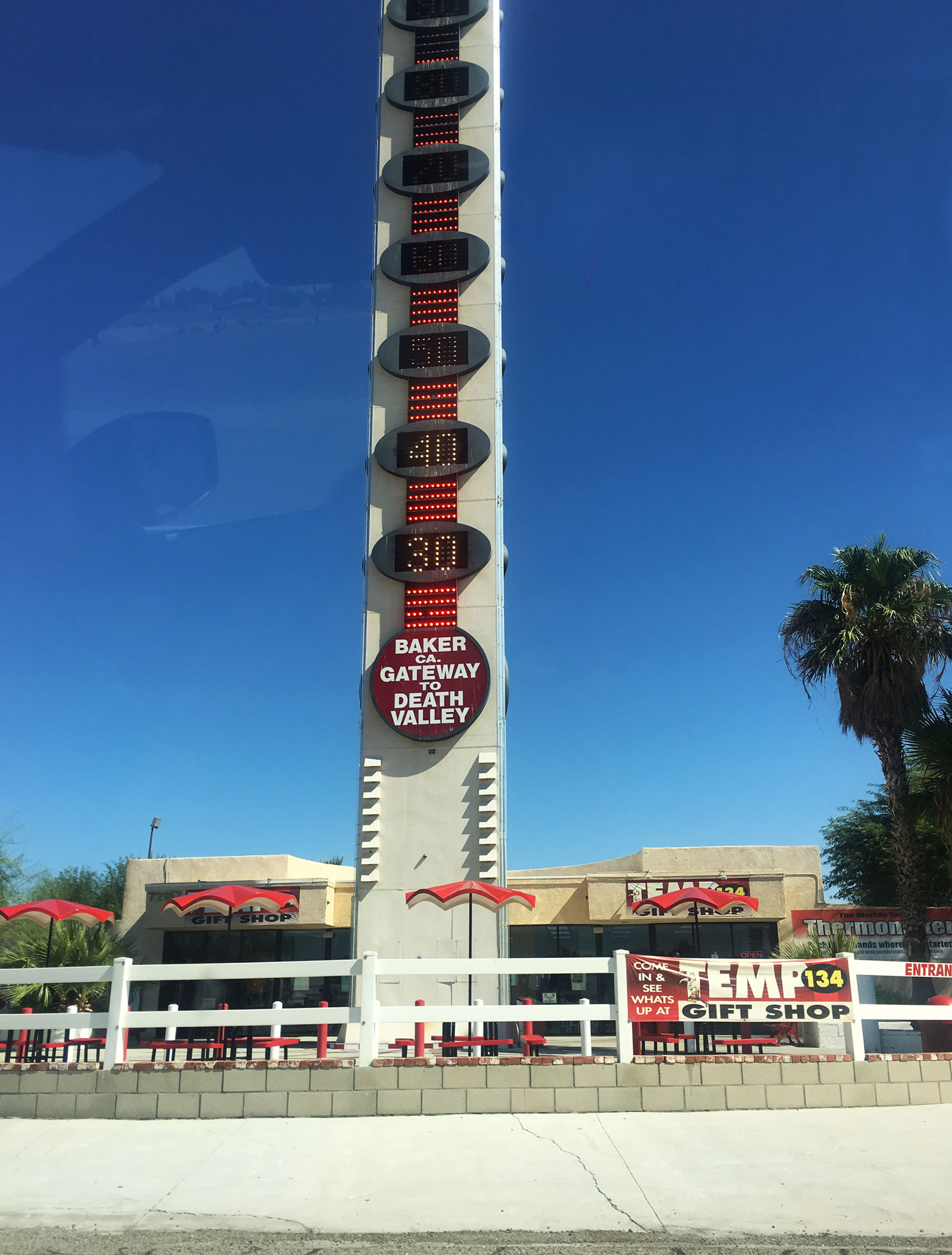 It screams tourist trap or more correctly Human trap! The giant alien space tank store began as small shack selling jerky on the side of the road near Area 51. They sell dried strips of beef taken from the carcasses of cows abducted and mutilated by aliens, Road Kill, Colon Cleaner just to name a few. Yumms! 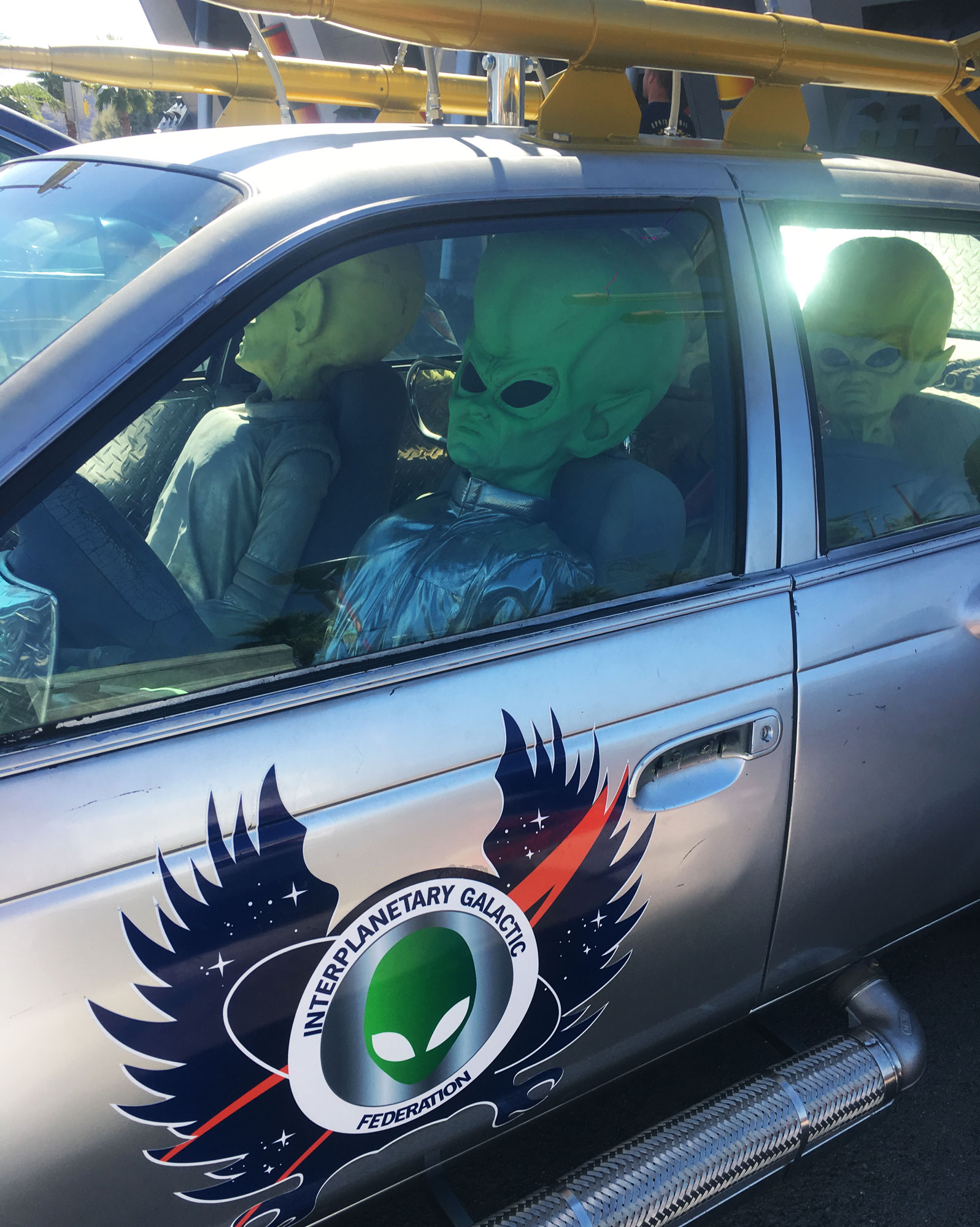 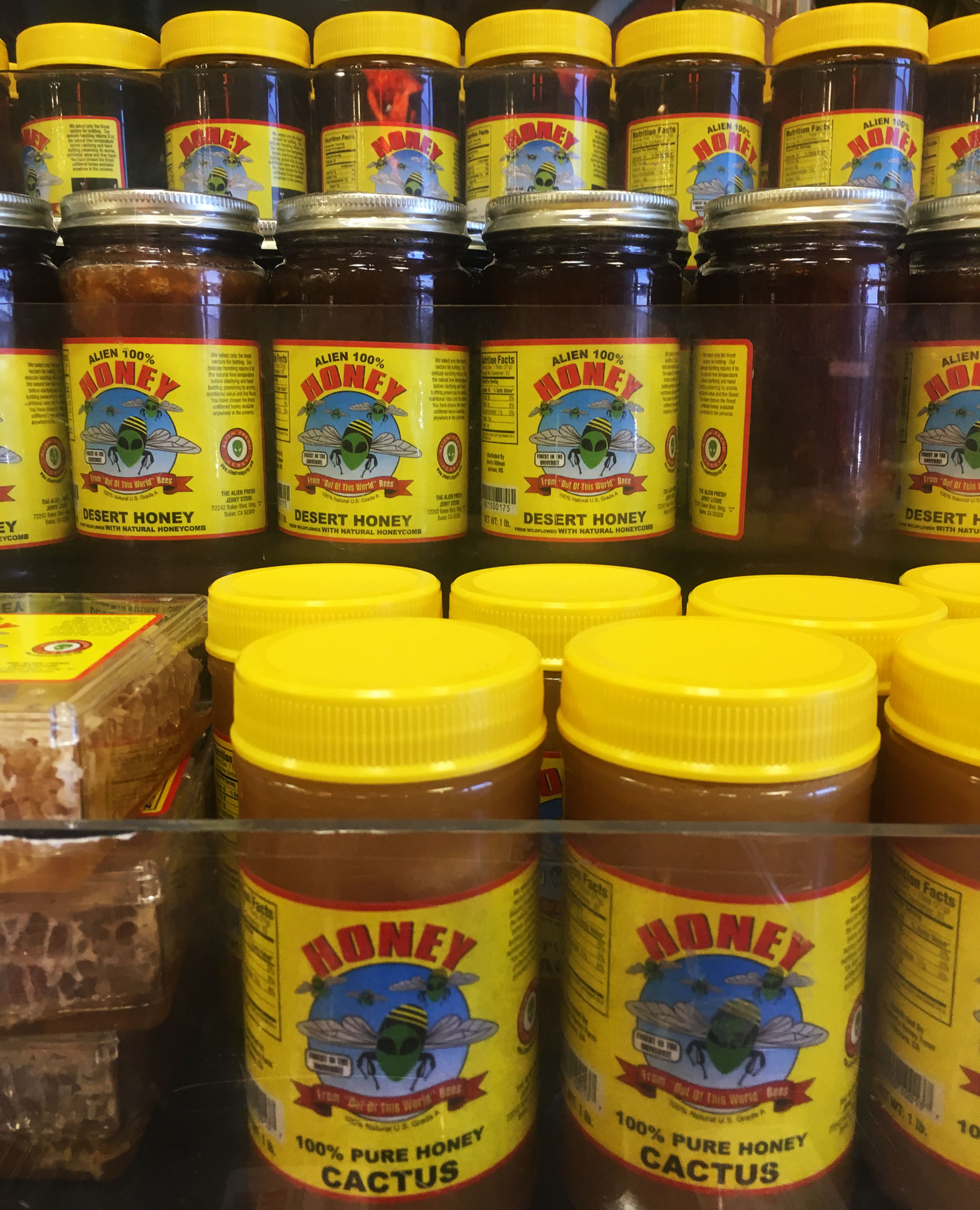 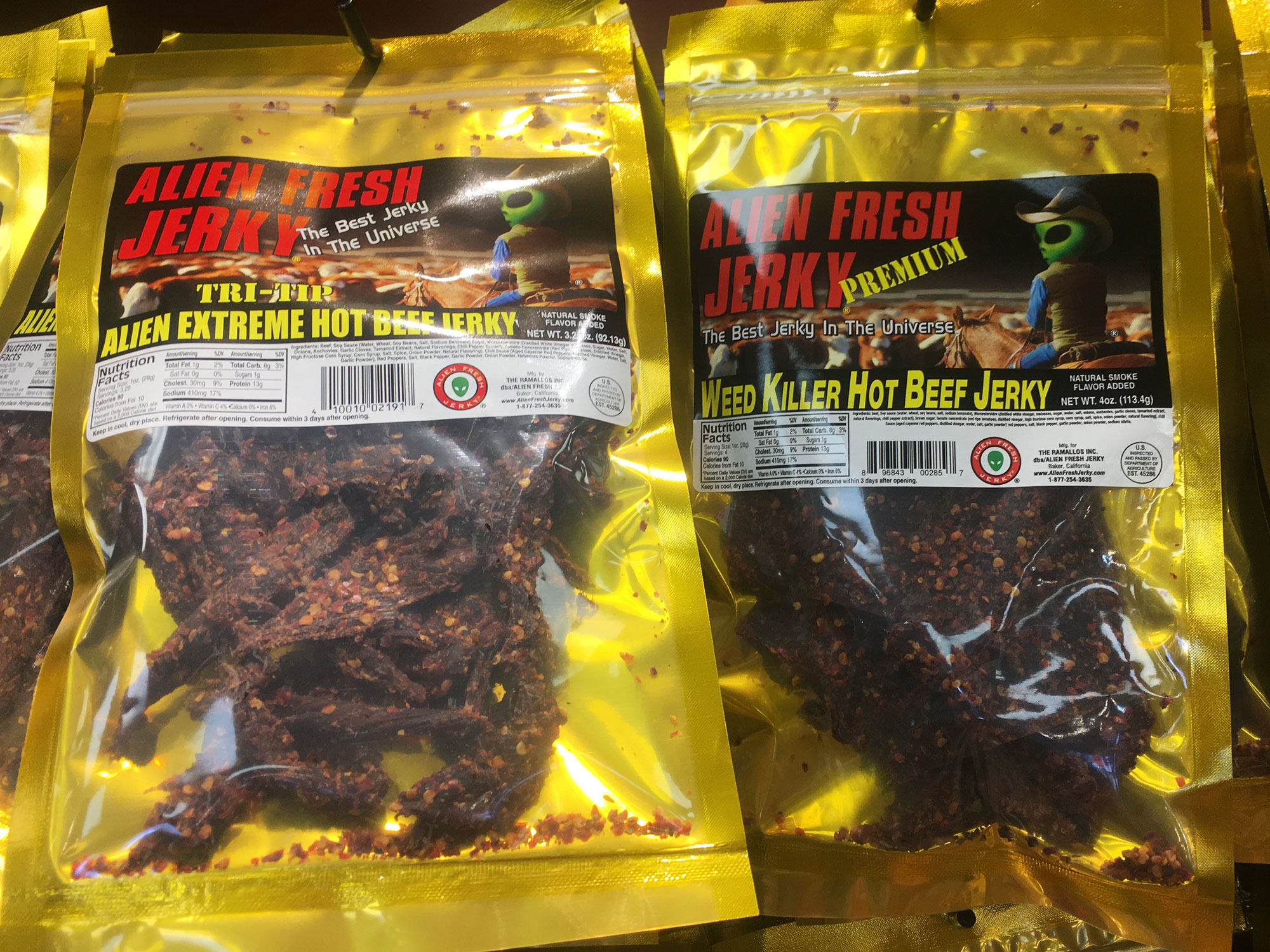 I had the most enjoyable time browsing through the alien specimens, weird gadgets, and geeking out on books about Alien sighting and all the conspiracies. 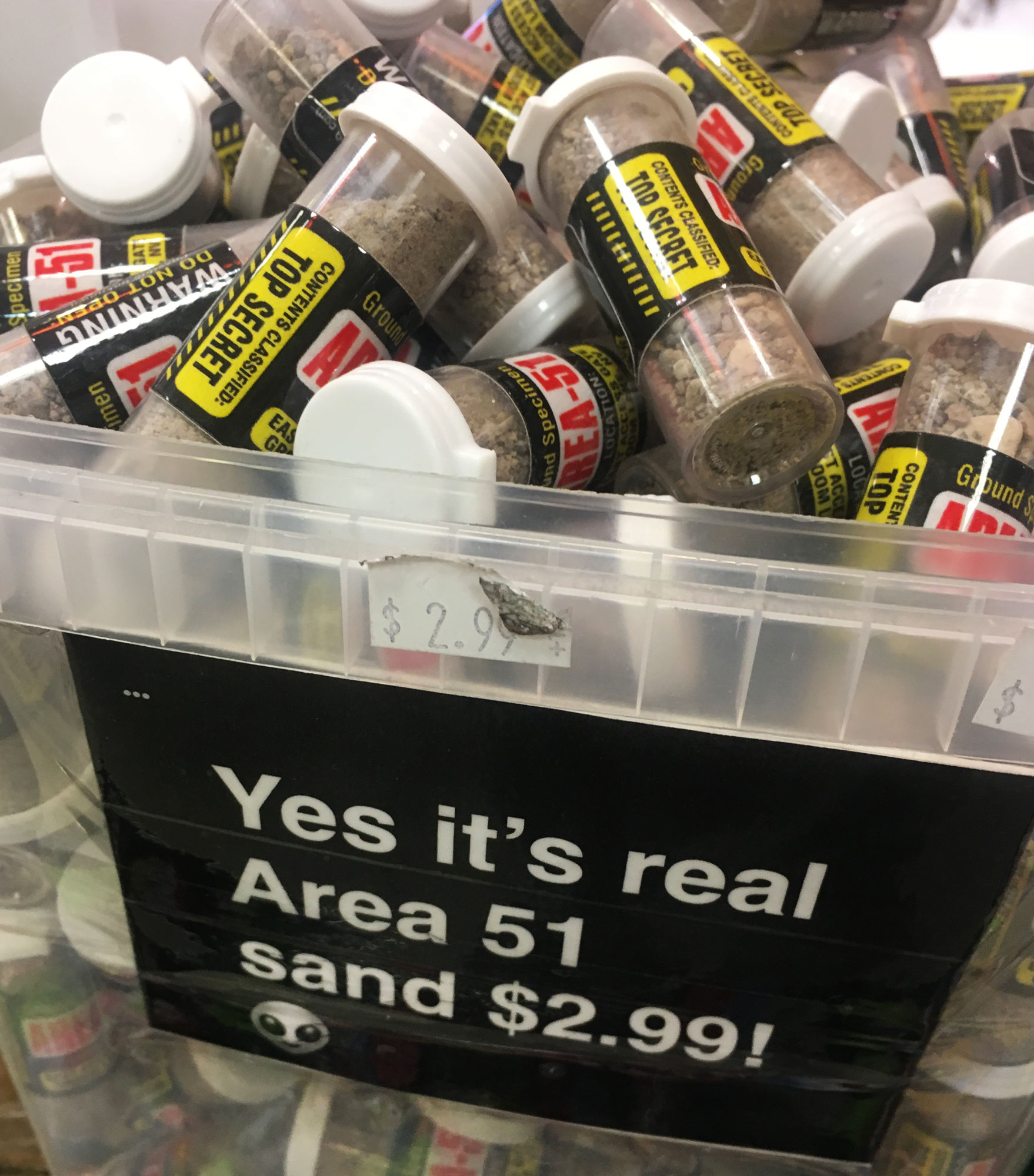 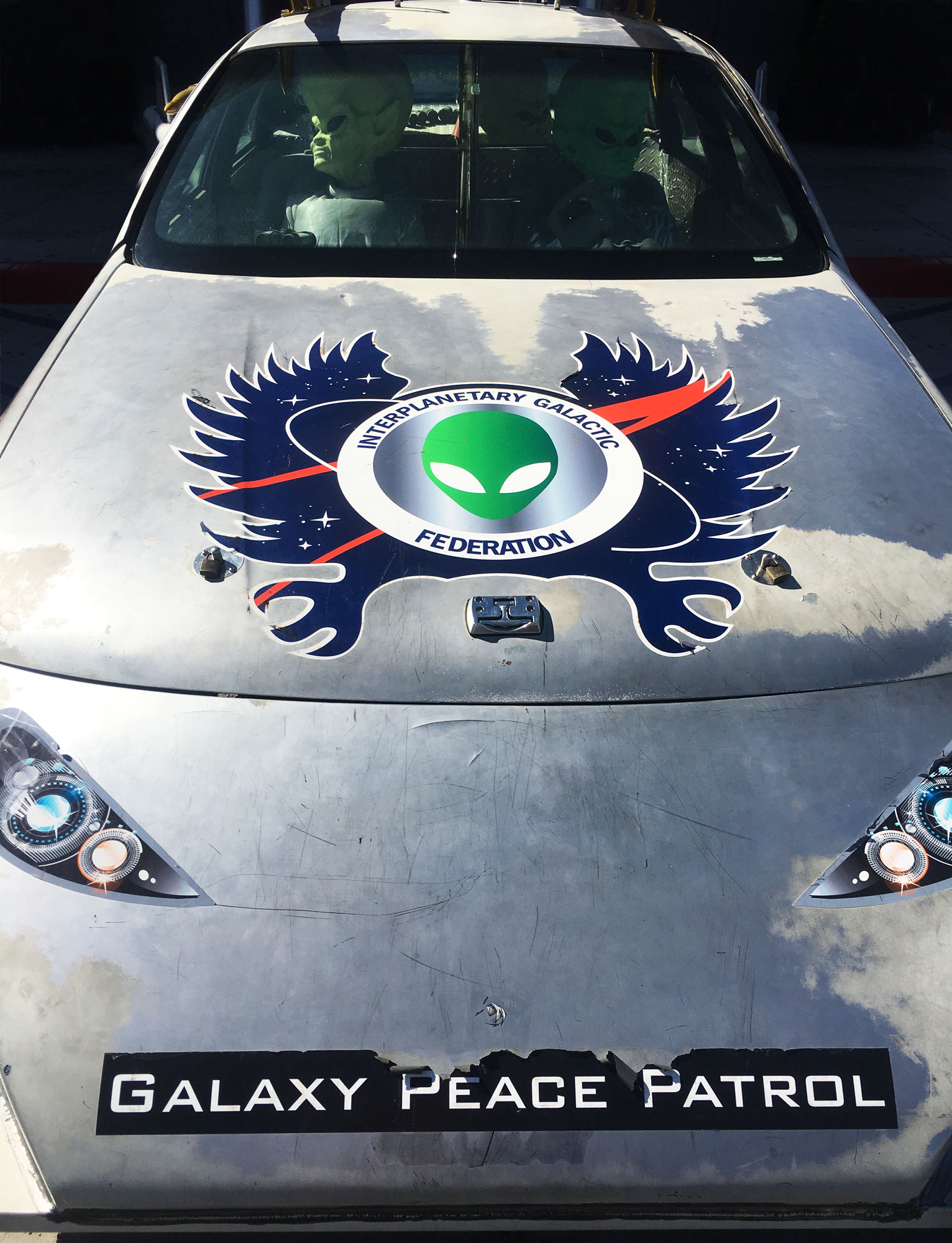 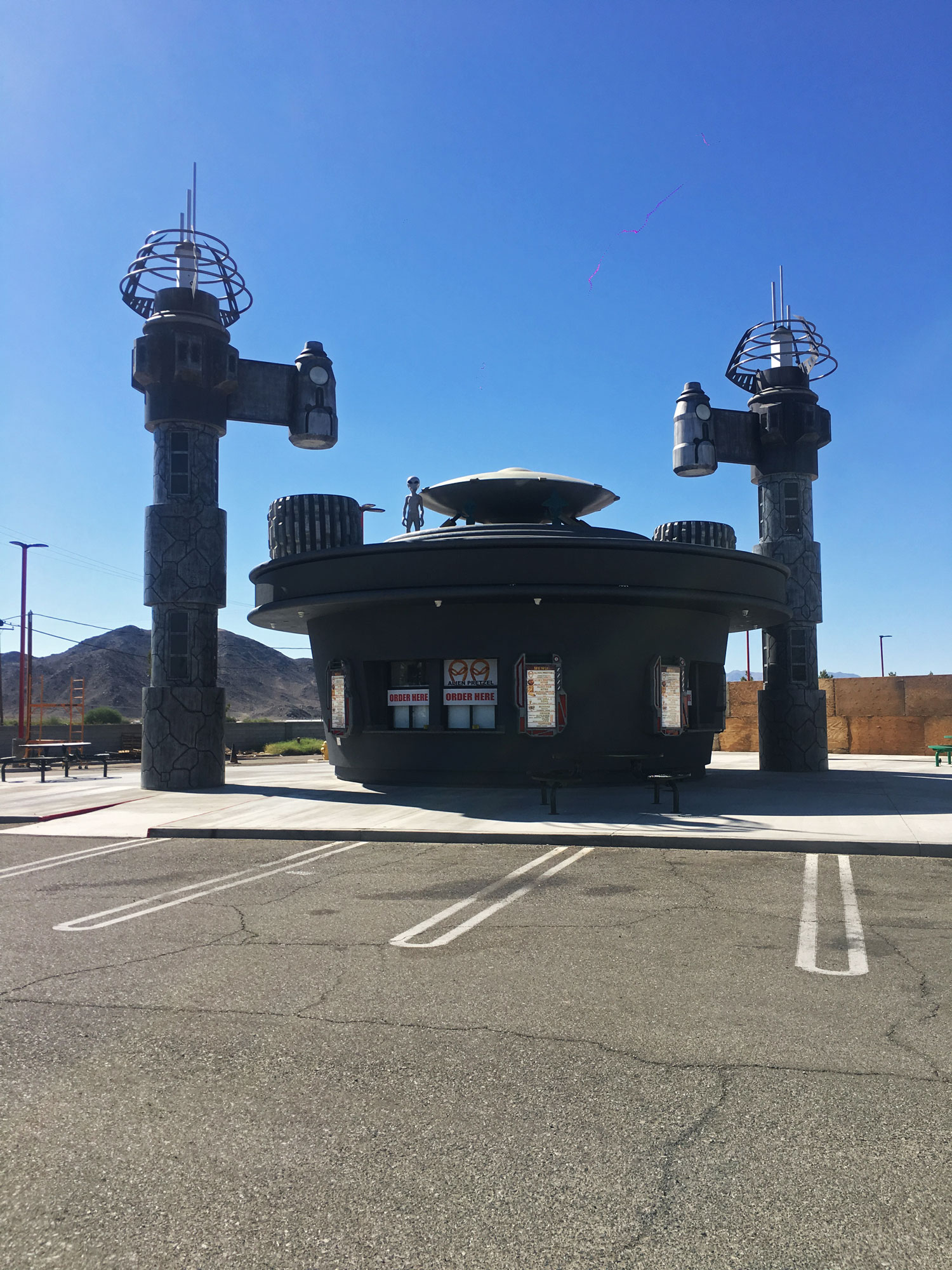 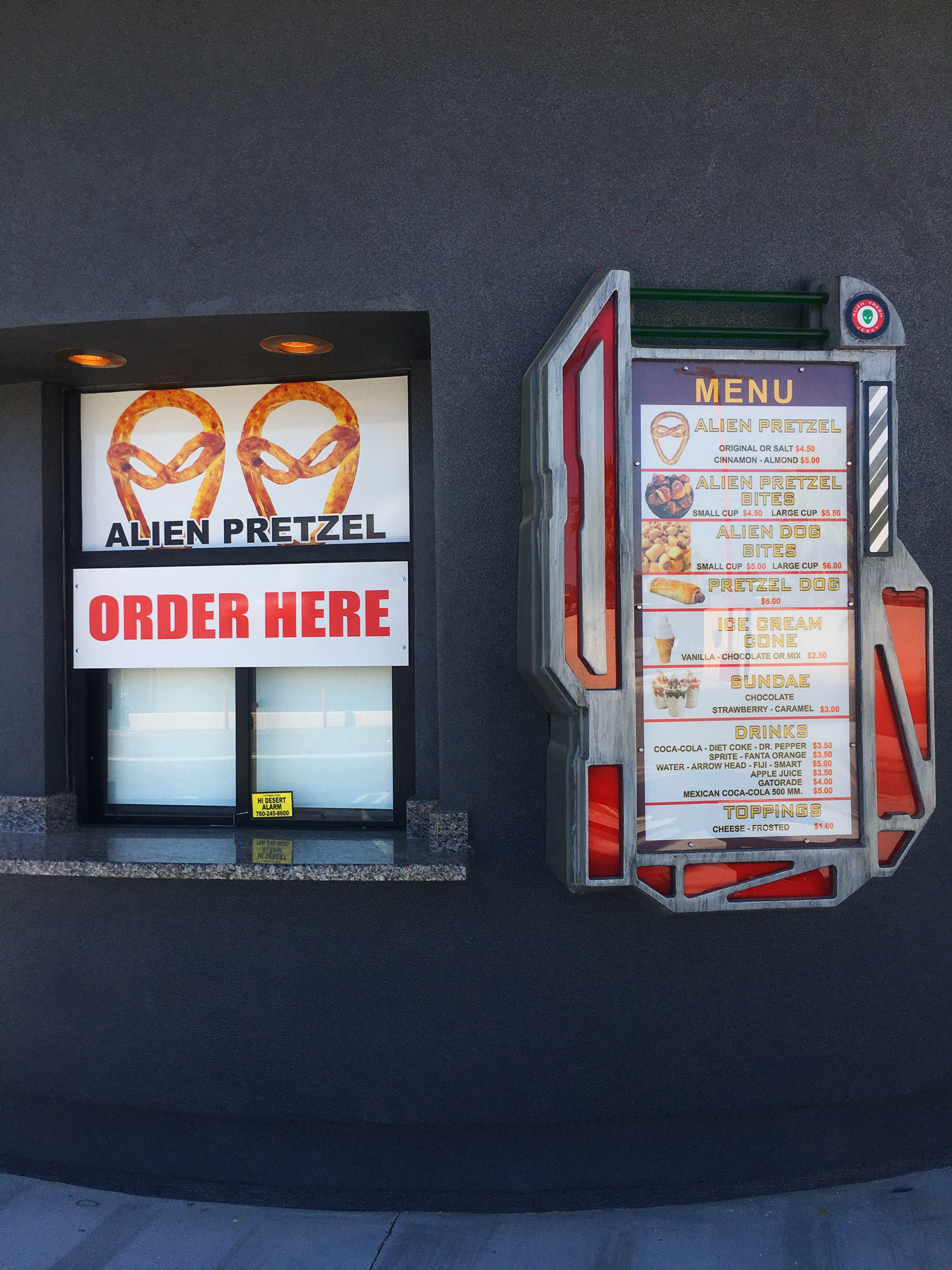 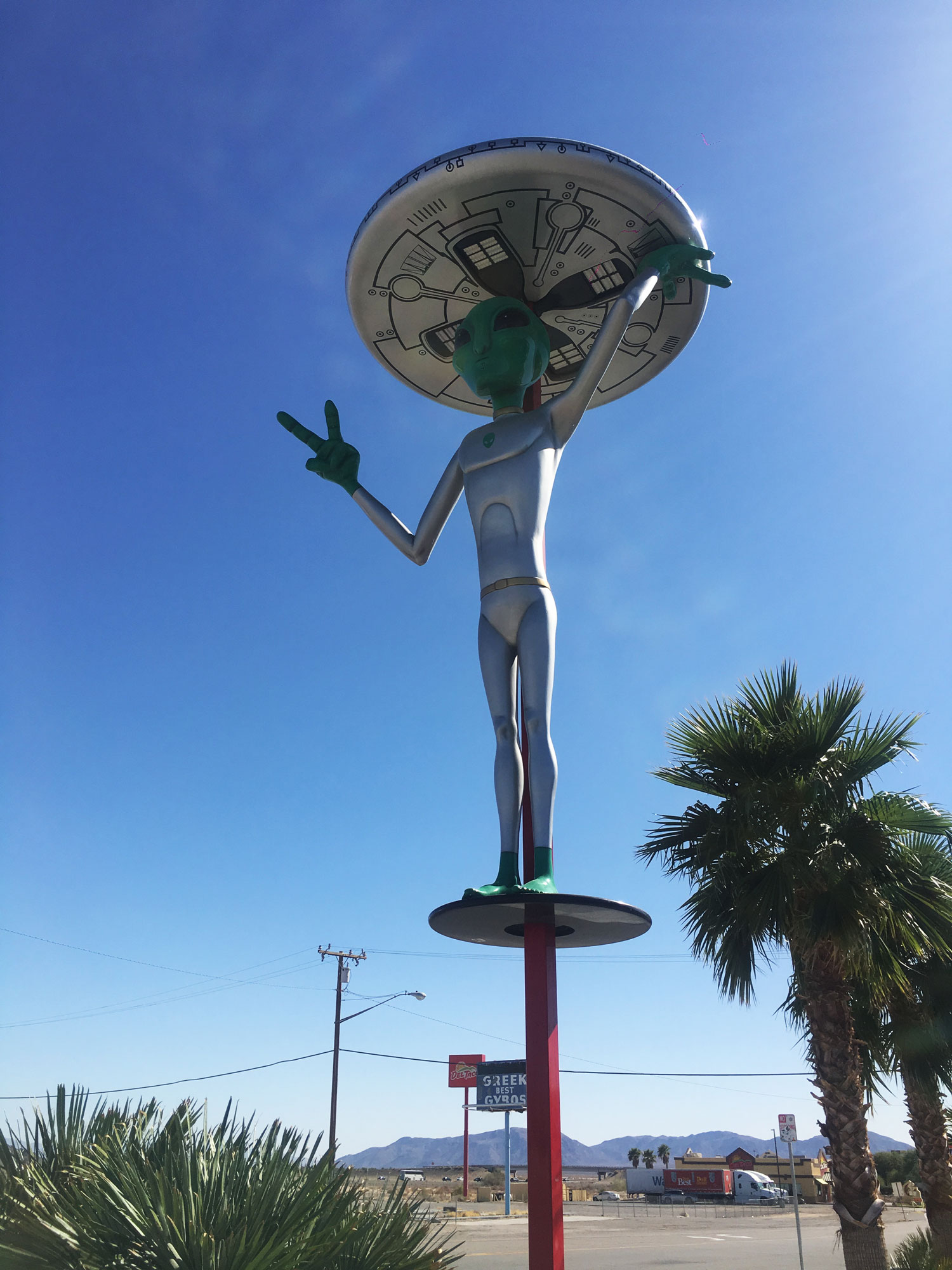 At this point, we are close to the border of Nevada that there is no better stop than the Vegas buffet!