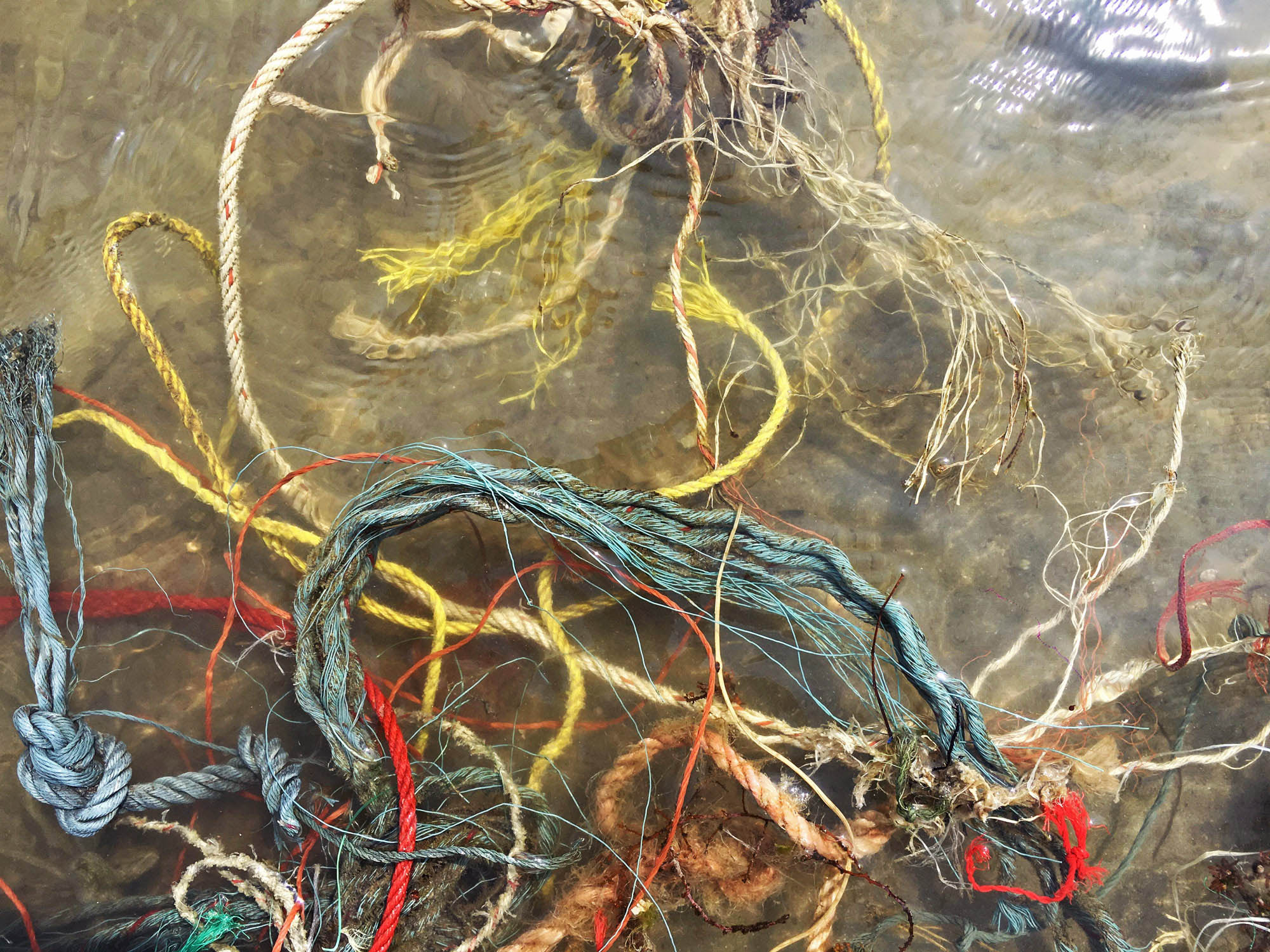 Among the other things I had collected along the beach of Chonburi, Thailand is a basket full of these ghost fishing nets. Ghost nets are fishing nets left or lost by the fishermen out in the ocean. Many of them are still in great condition and it’s a shame to throw them directly into the bin for recycling. Reuse > recycling. One of my idea was to weave them into Macrame tote. 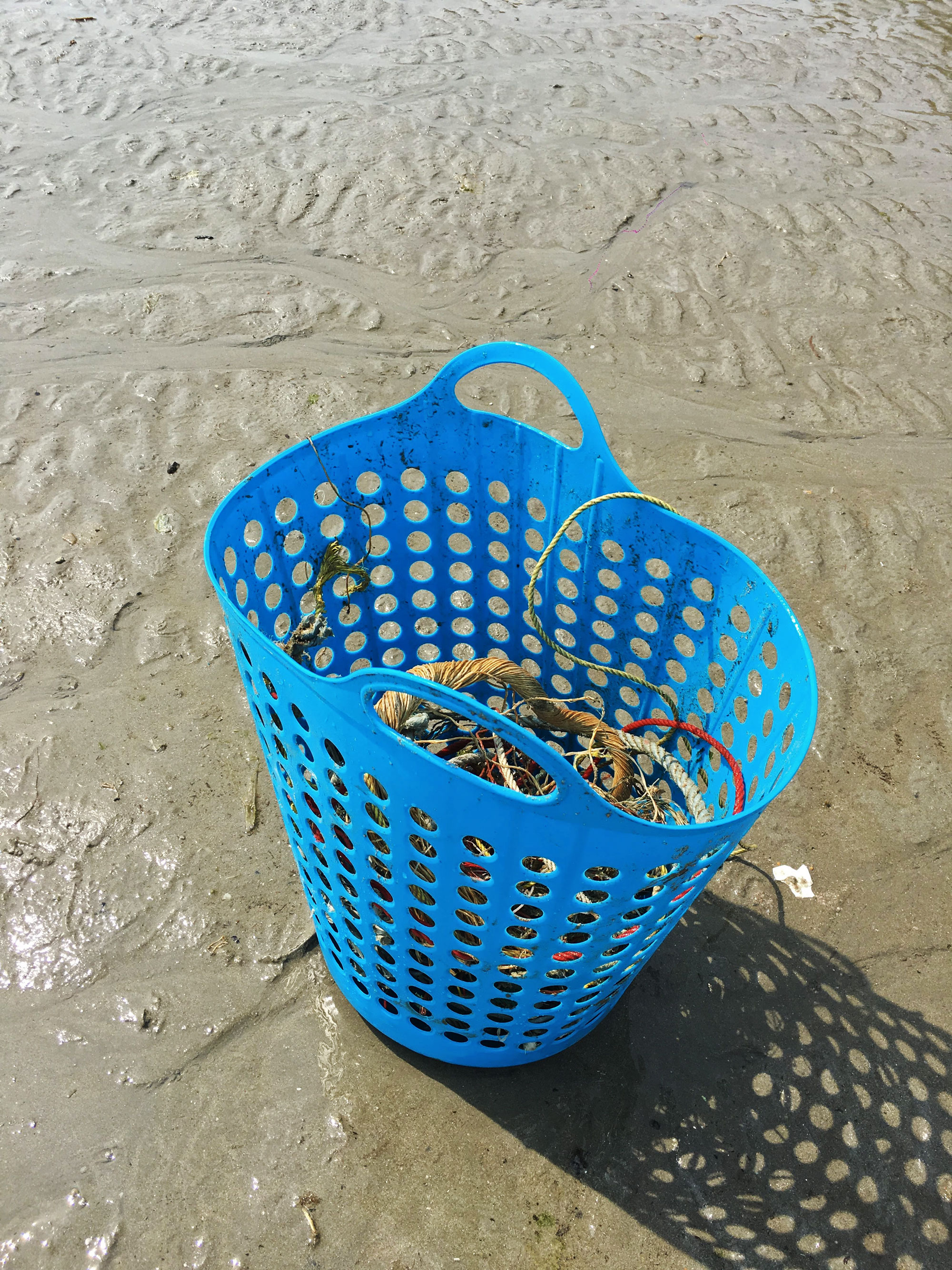 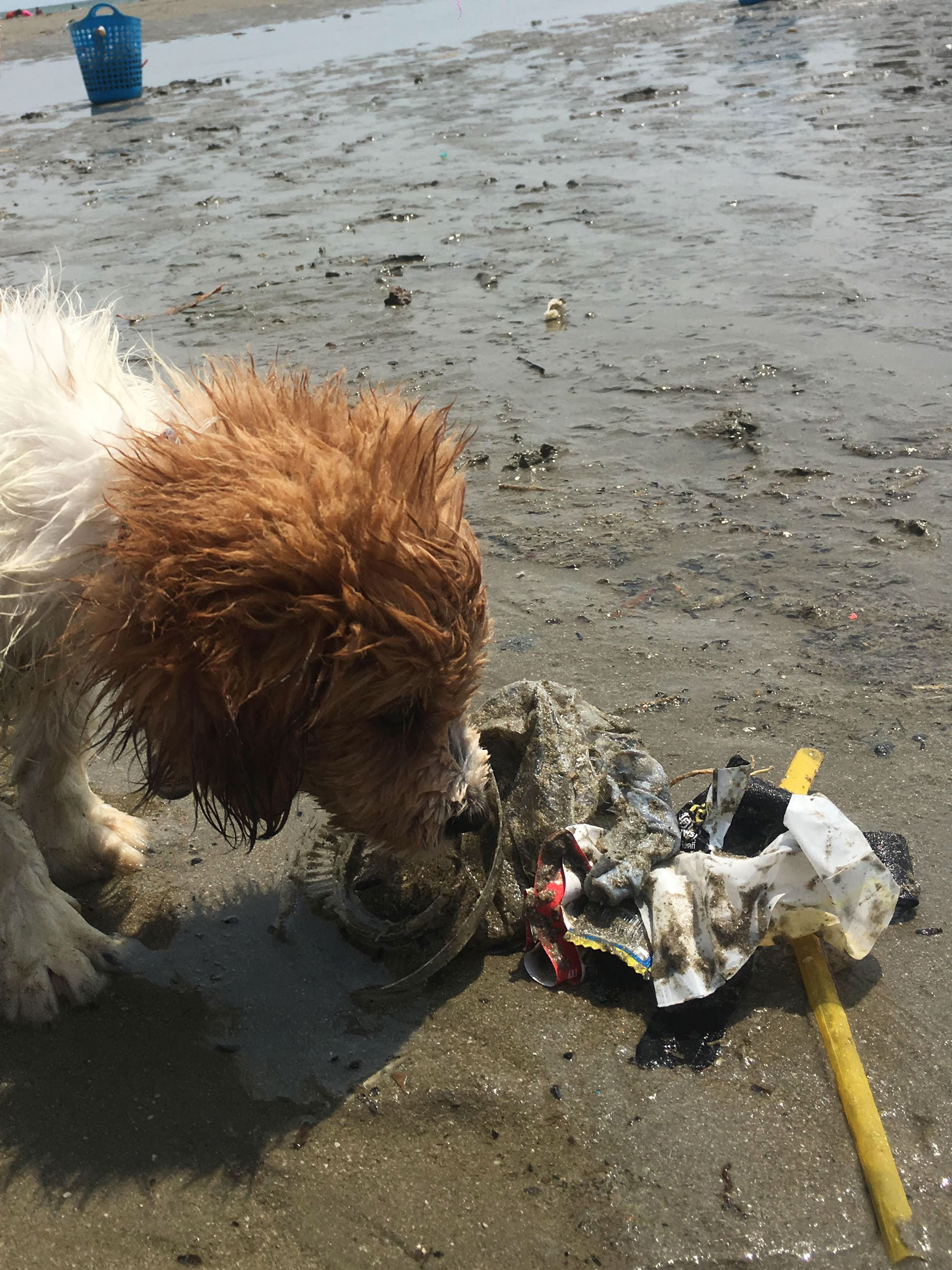 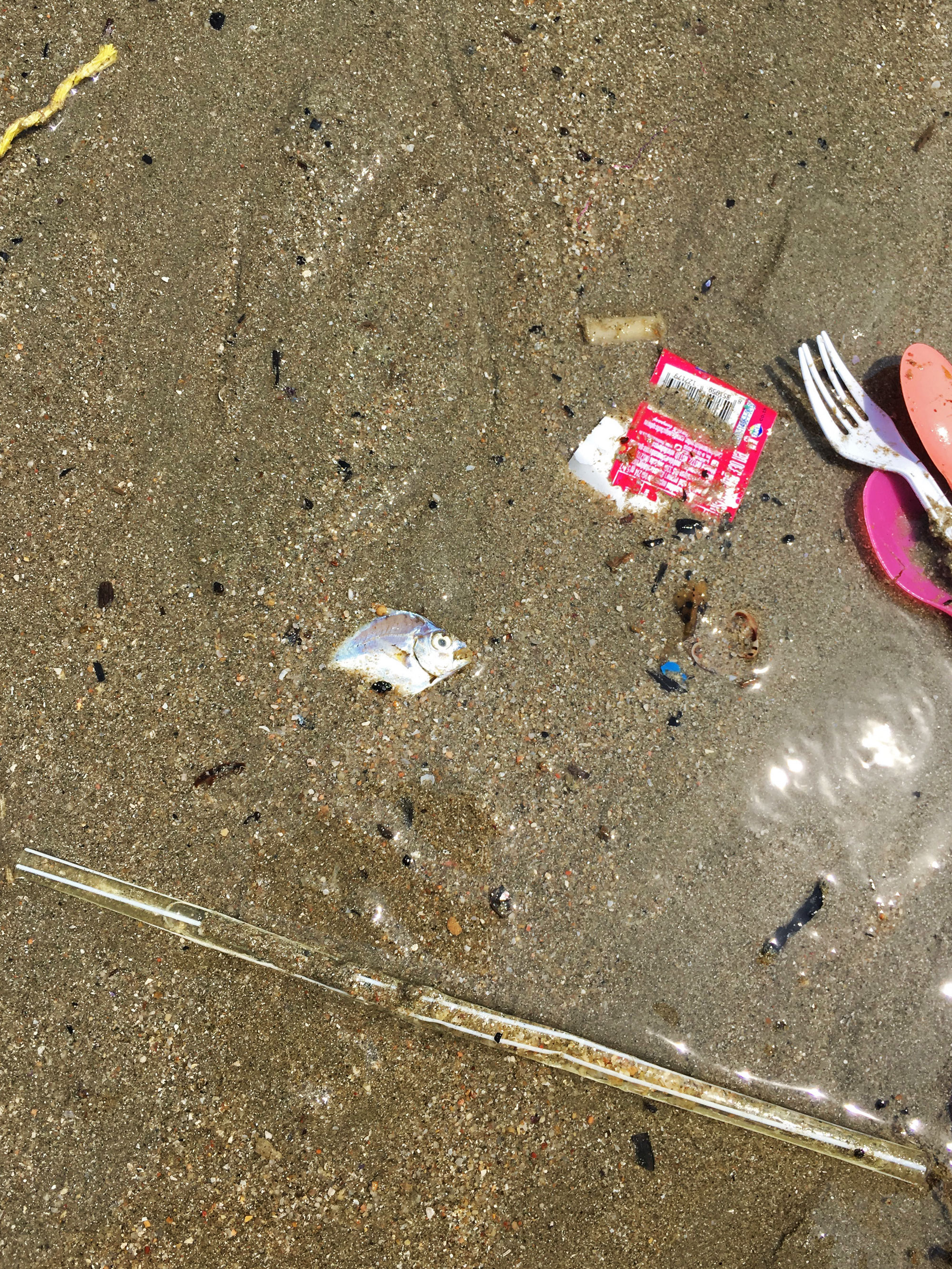 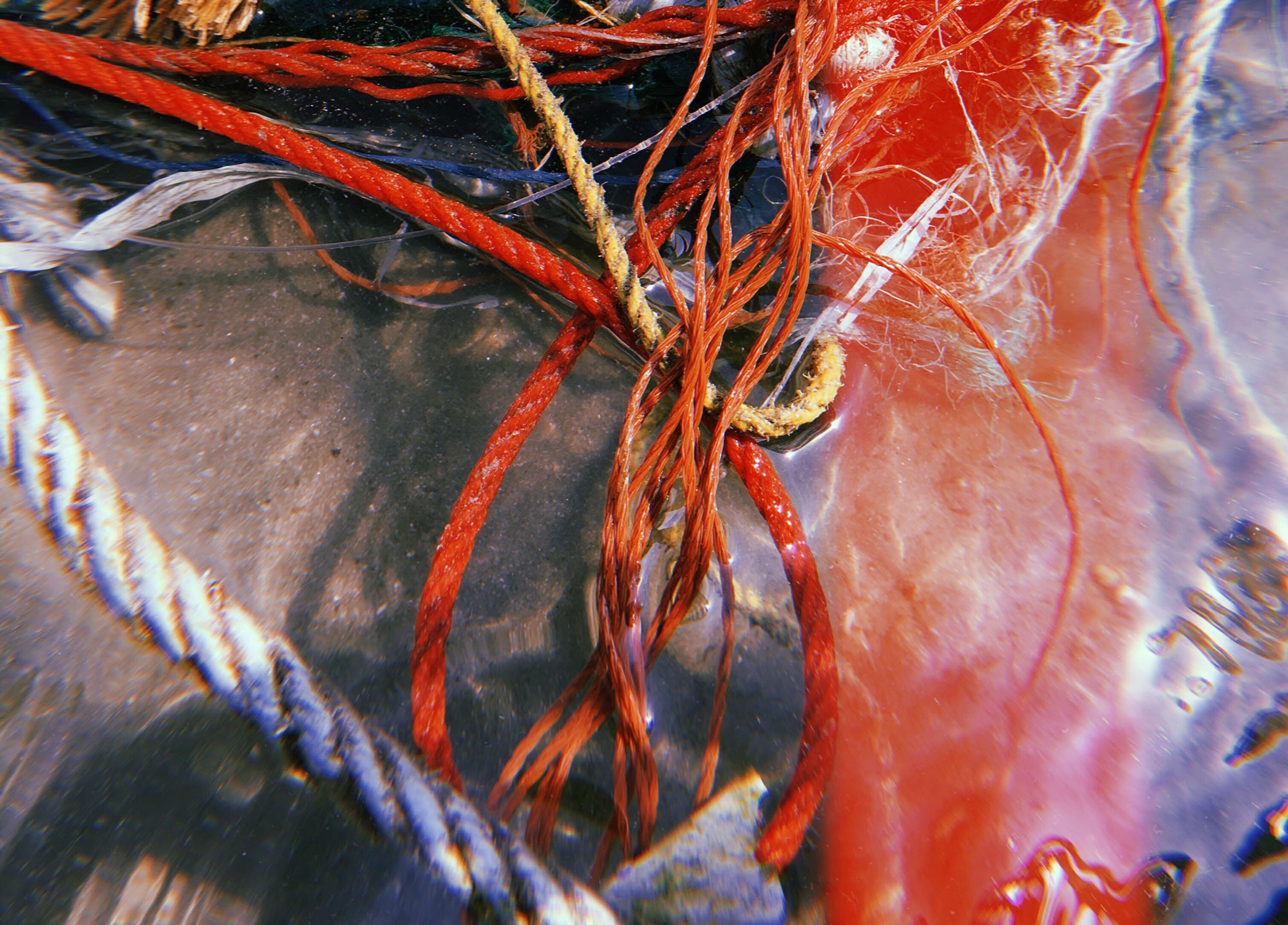 Ghost nets haunt the living of the underwater world with its deadly entanglement. Each year an estimate of 640,000 tonnes is left in the ocean and can take up to 600 years to breakdown but it never really goes away; they just become smaller into microplastics. 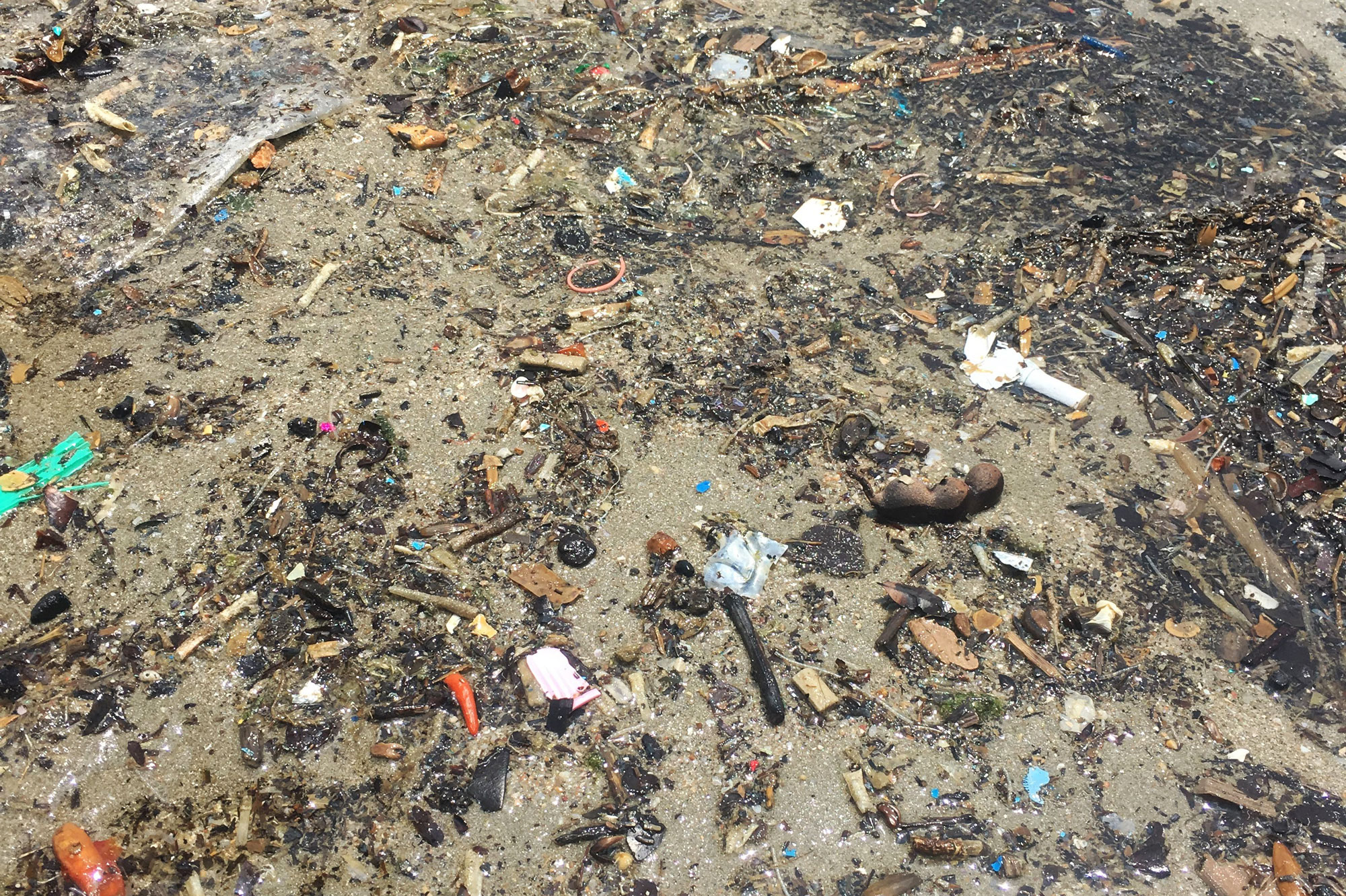 A natural respond when trapped by these net is to escape. By doing so it lead these marine animals to exhaustion, suffocation, starvation, amputations of limbs, and, eventually to its death. This doesn’t stop here. Entangled fish act as bait, attracting larger predators such as turtles, sharks, dolphins and even birds, which may themselves become entangled. The nets will then be so heavy due to its catch that it sinks to the bottom of the ocean, breaking corals, potentially exposing them to disease. The small dwellers feeds on them and along with natural decomposition, reduces the weight of the net that eventually floats back up to the surface. A vicious cycle now rebegins. 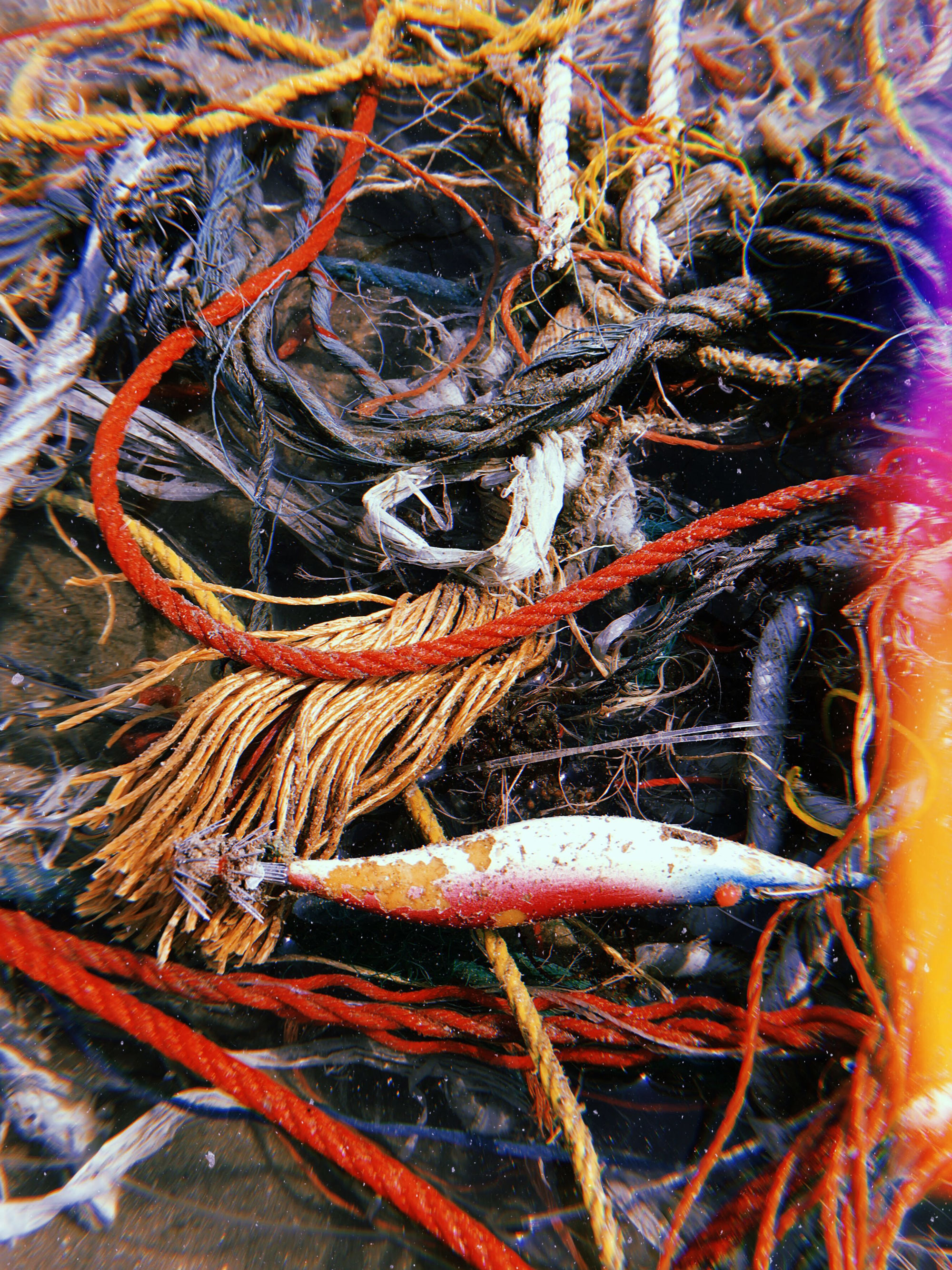 I began washing them by the shore, removing all the seaweeds, shells and cockles. 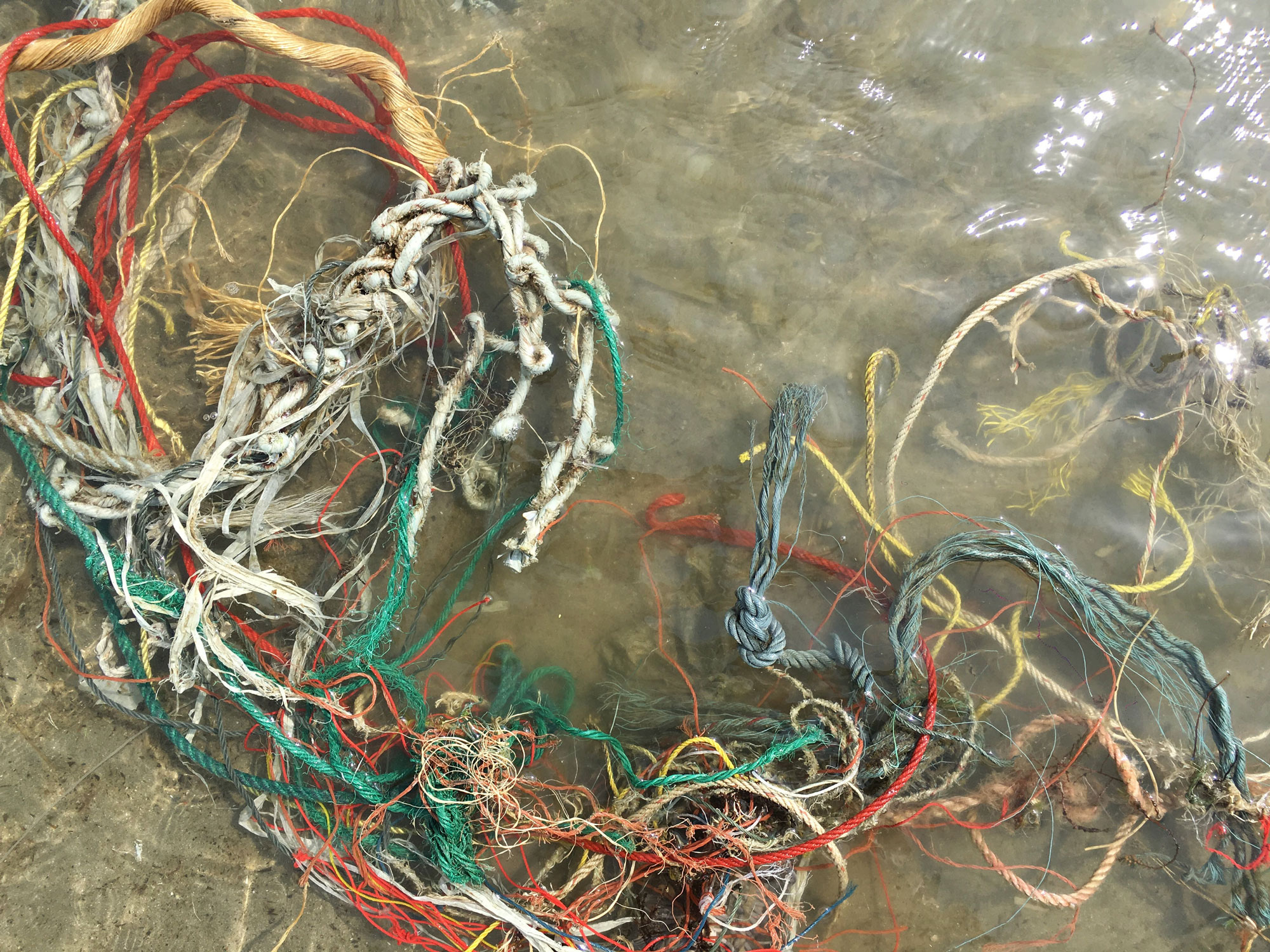 Abandon and lost in the middle of the vast ocean. It drifts to the rhythm of the current. Holding on to what comes its way. Some reef, some fish, some bird. One way or another it seems to find it’s the way to shore. Ropes with mysterious identities and past. 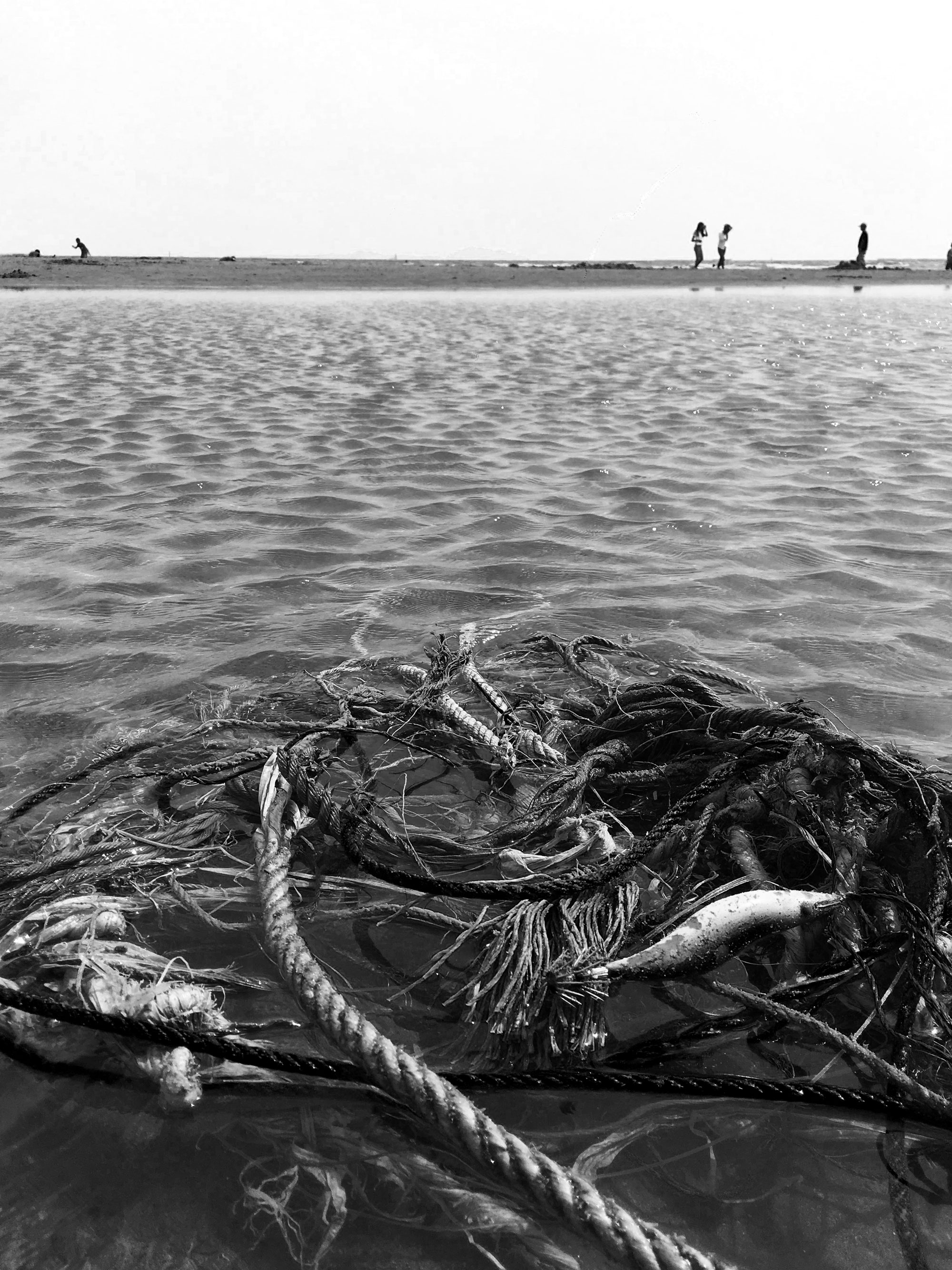 I had to rewash them again back home as the salted seasweed smell still lingers prominently. Later air-dried them before sorting into the different shades. After spending quite sometime searching for the weaving techniques I found a relatively easy one to follow here 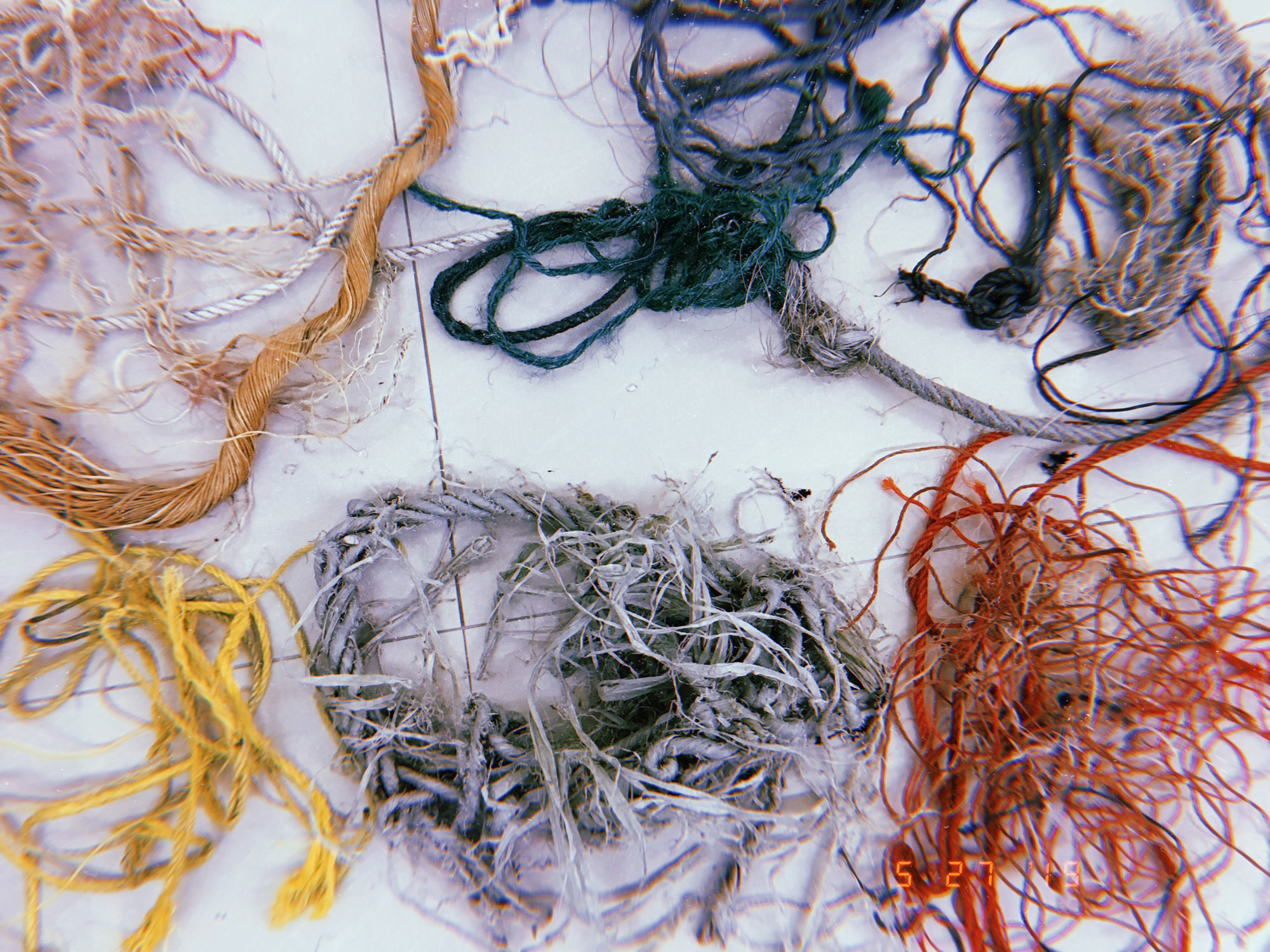 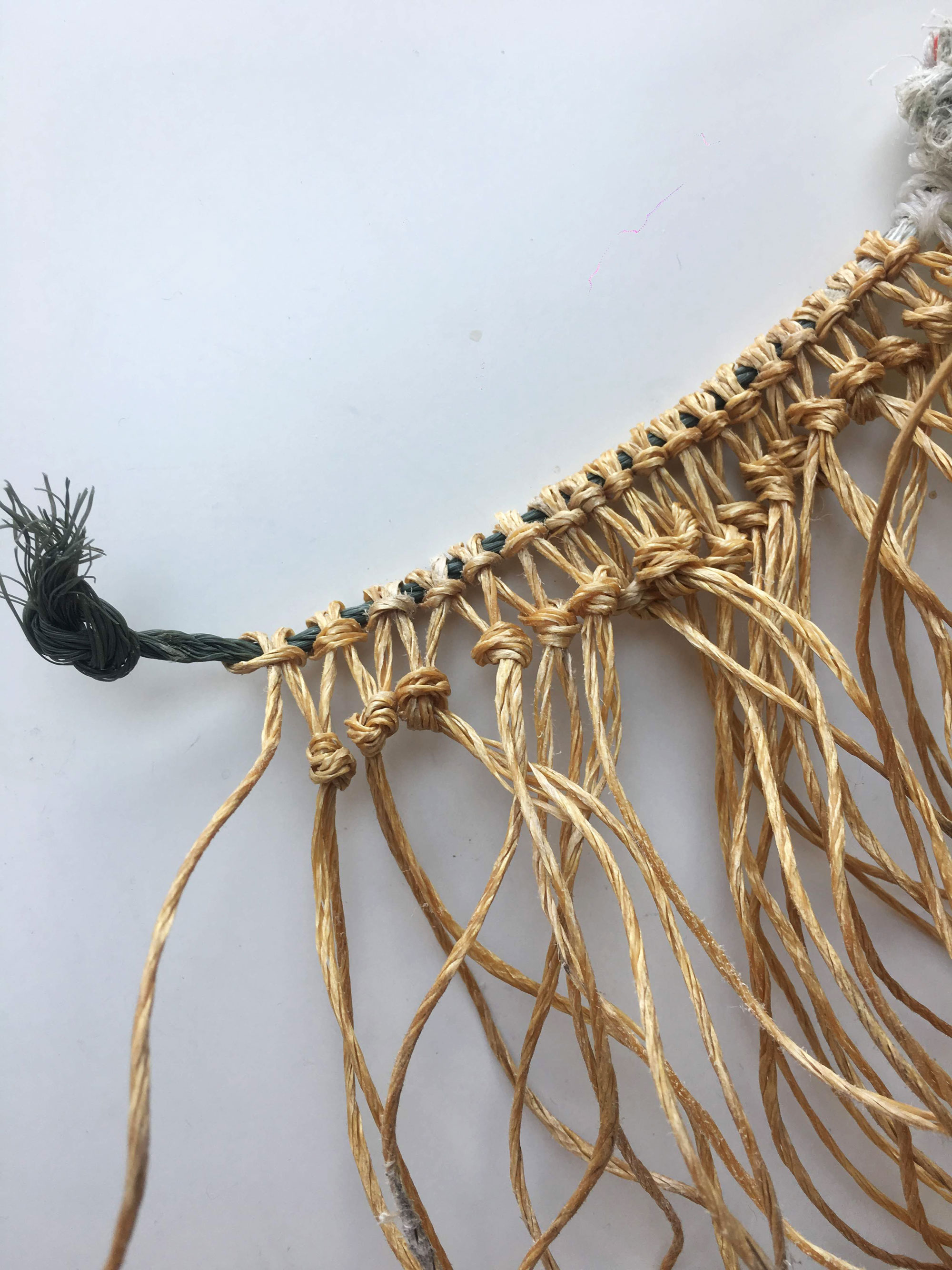 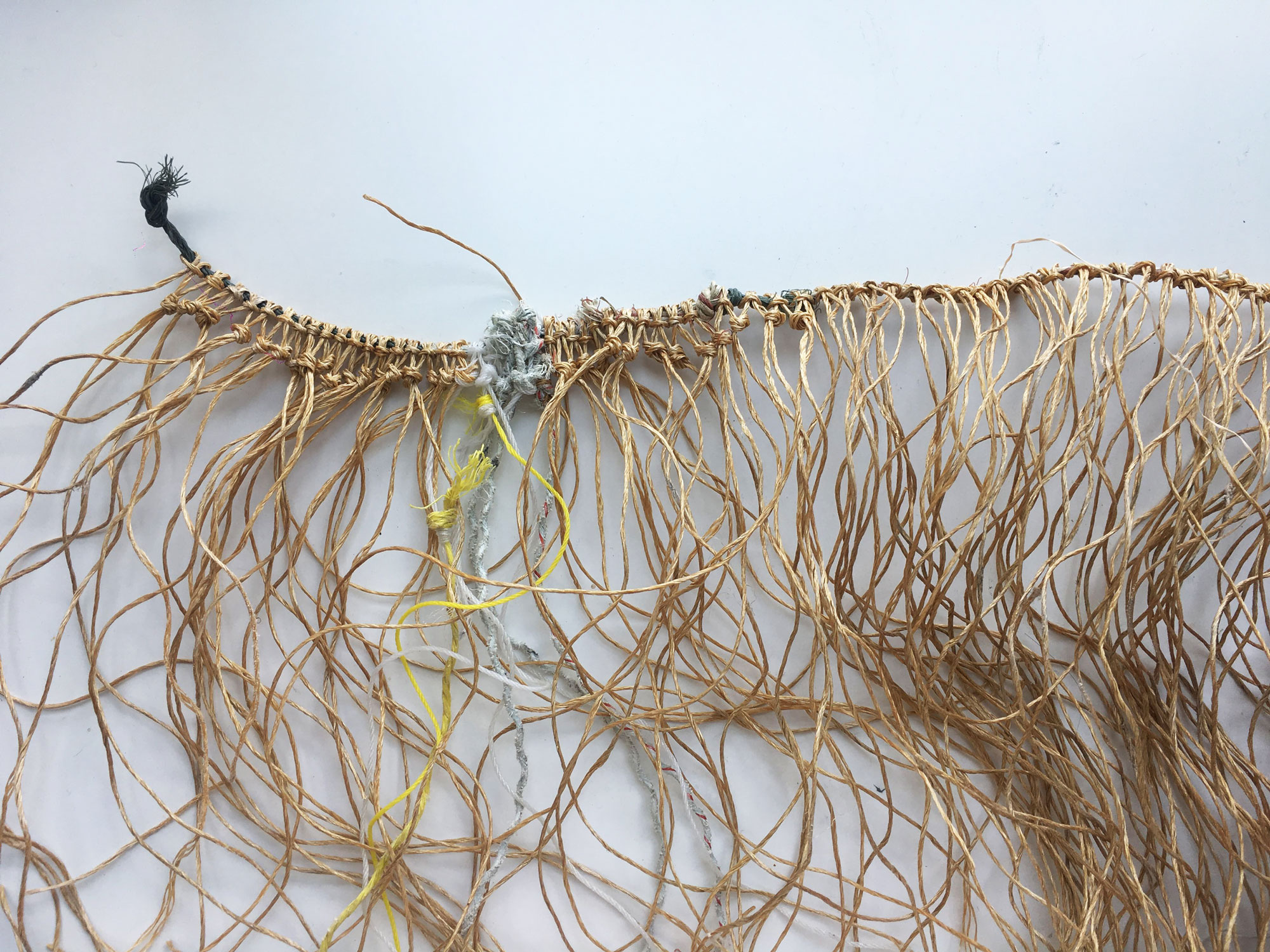 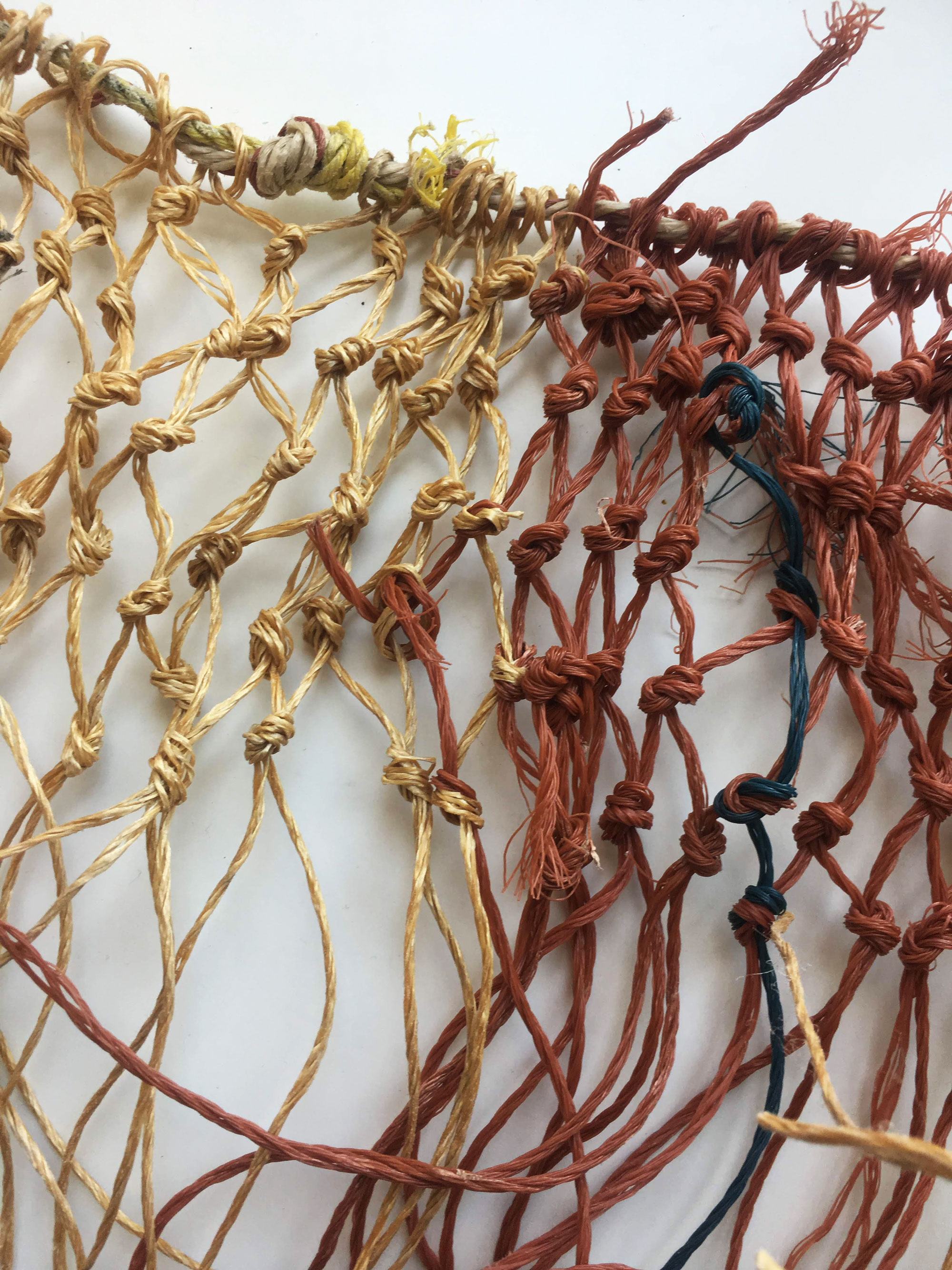 It started to get challenging when the thin ropes ran out. With the different lengths and thickness, I improvised by joining different short ones to make it longer or unraveling the thick ropes into a smaller one. The further apart the knots the bigger the net hole. A personal tip would be to find the smallest item you want to carry in and adjust the knot accordingly. In my case it's my tomatoes and carrots! 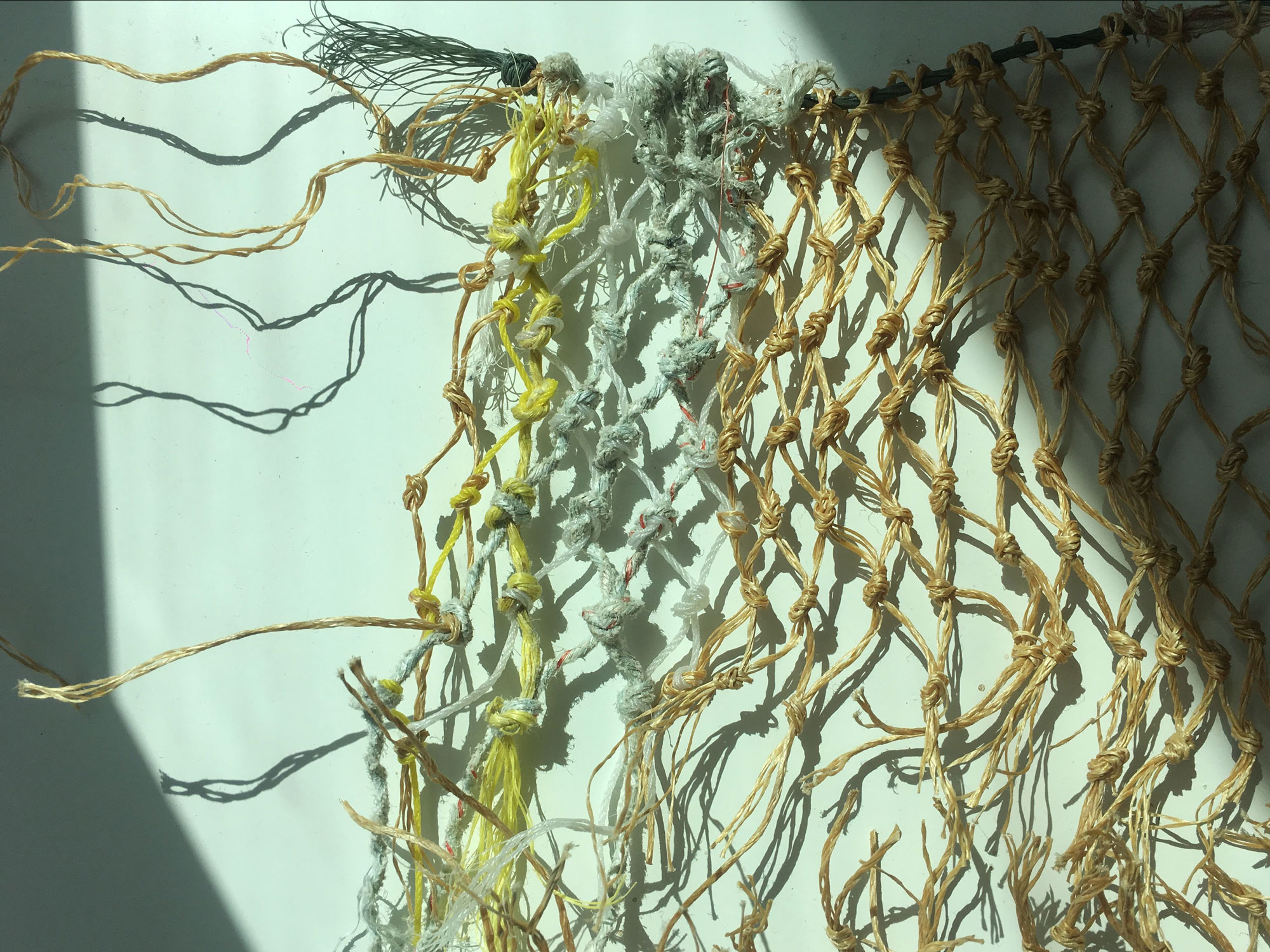 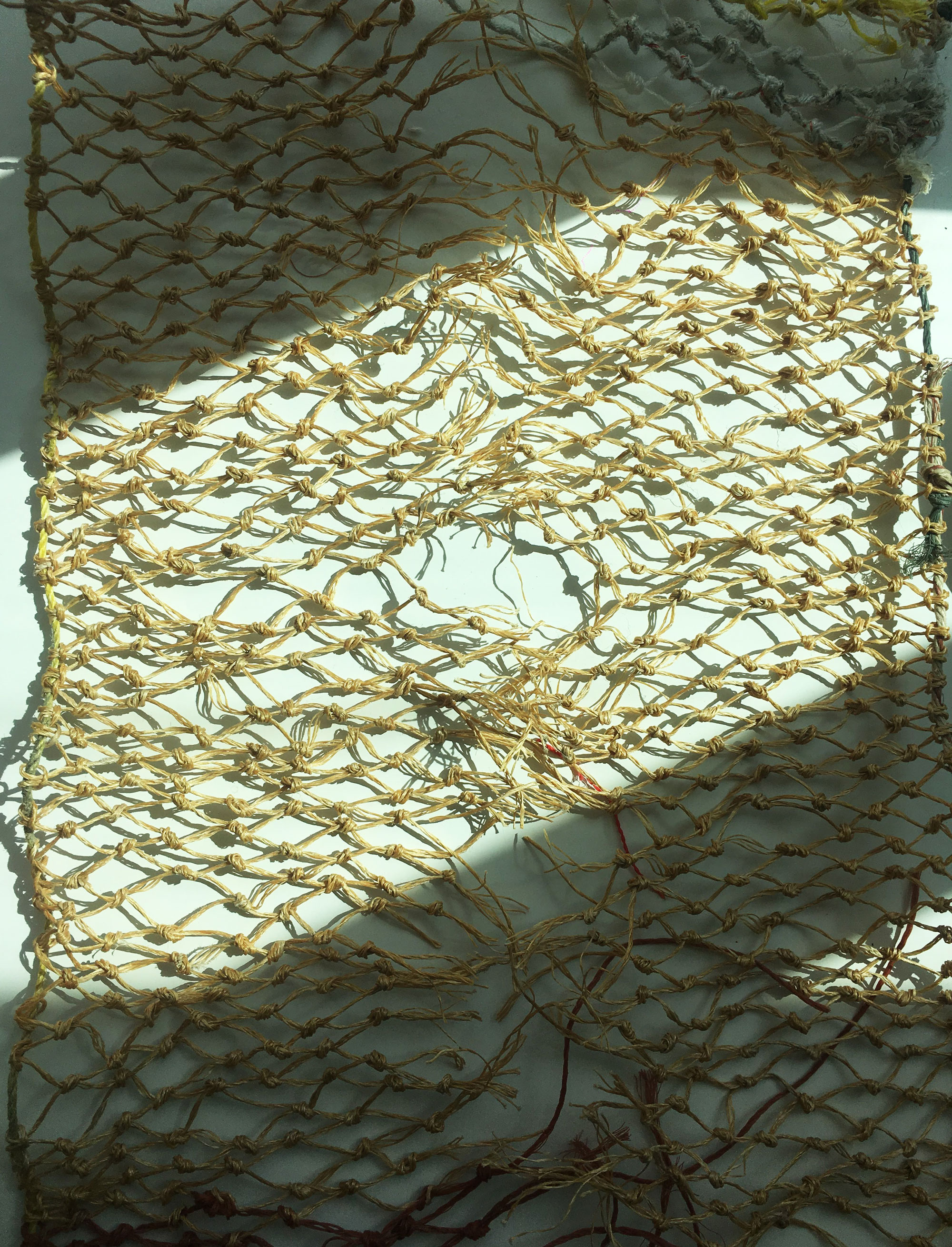 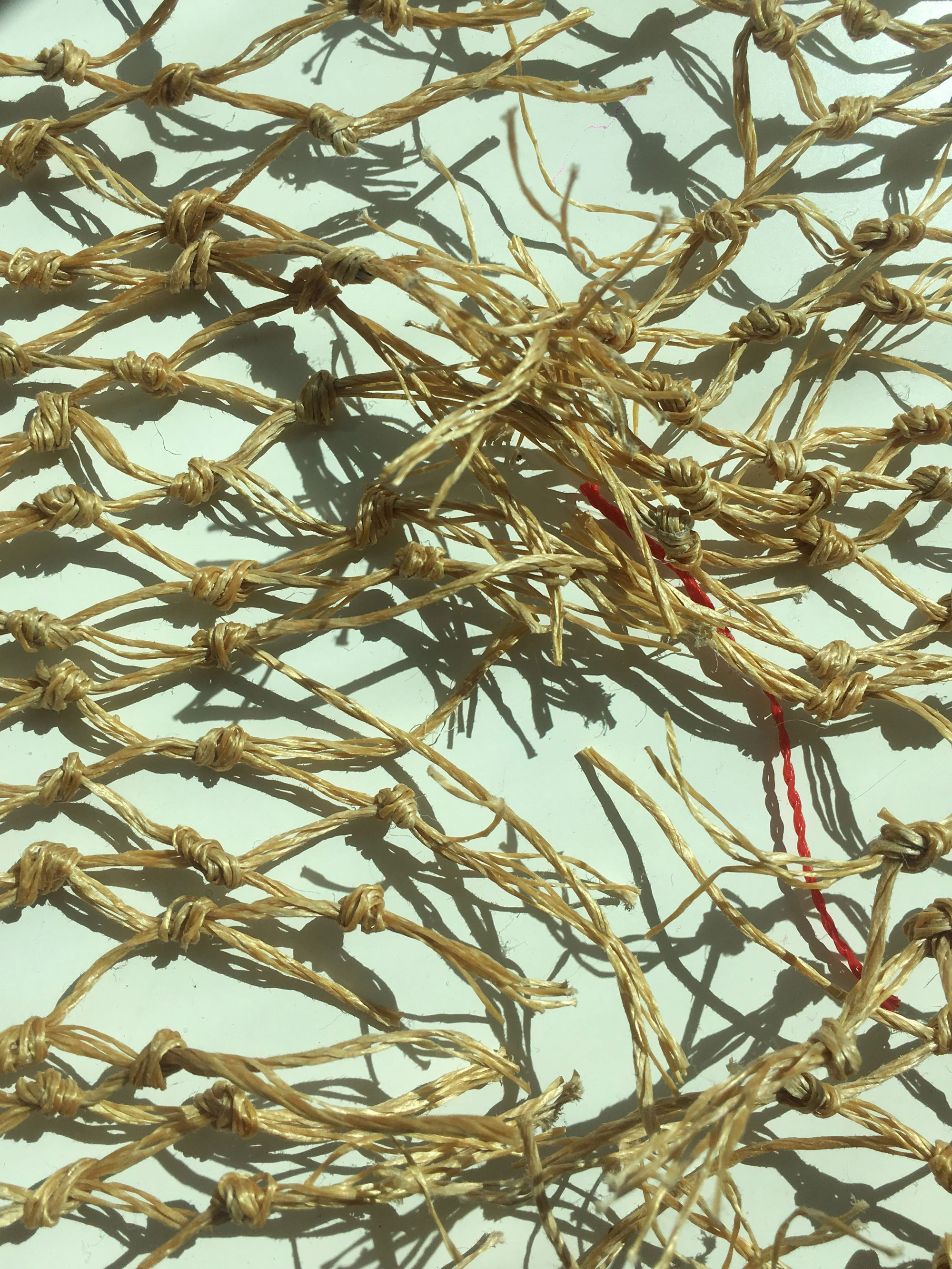 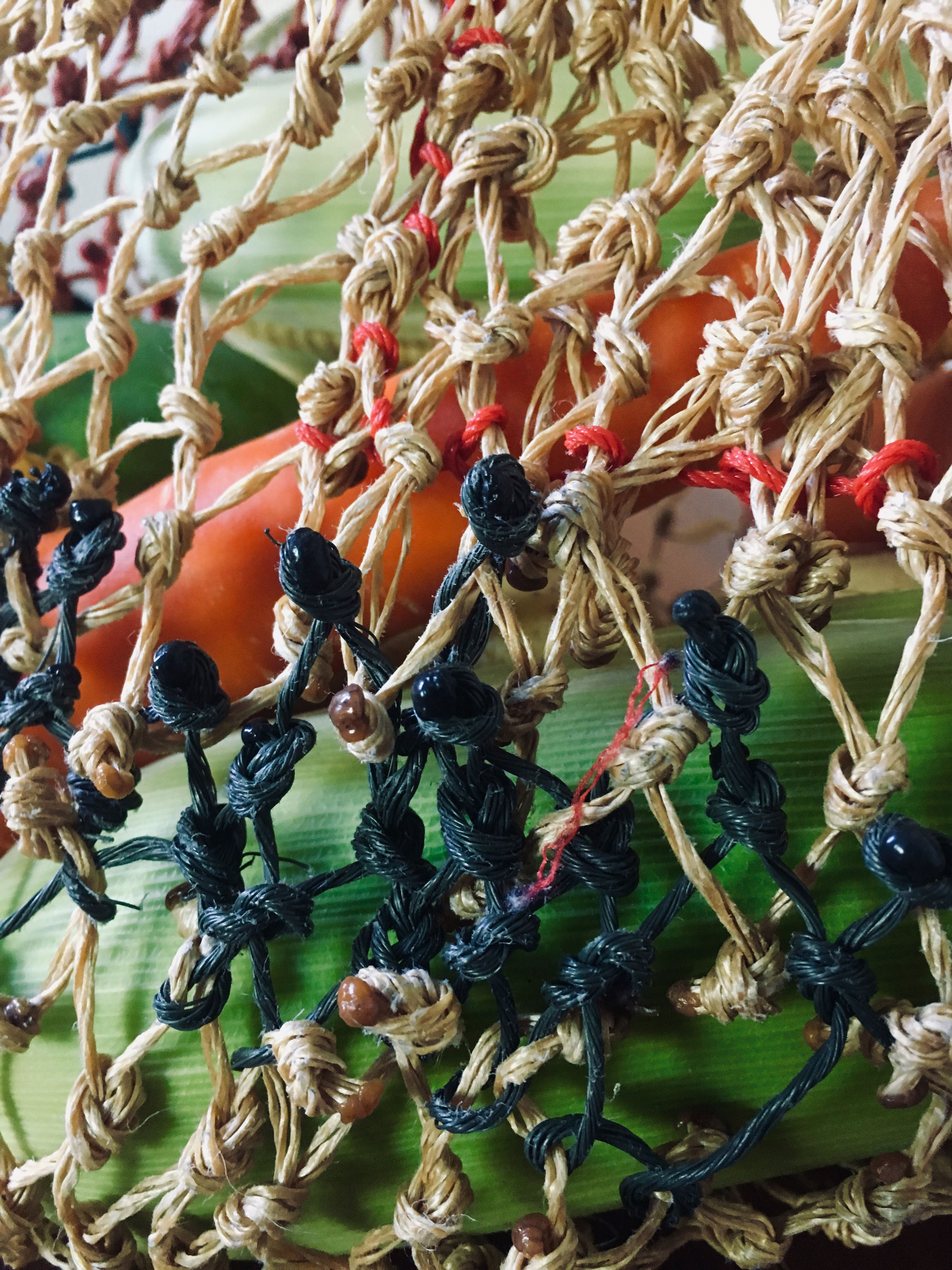 To prevent the ropes from fraying or knot joints from coming off I pass it under the flame of candle really quickly. 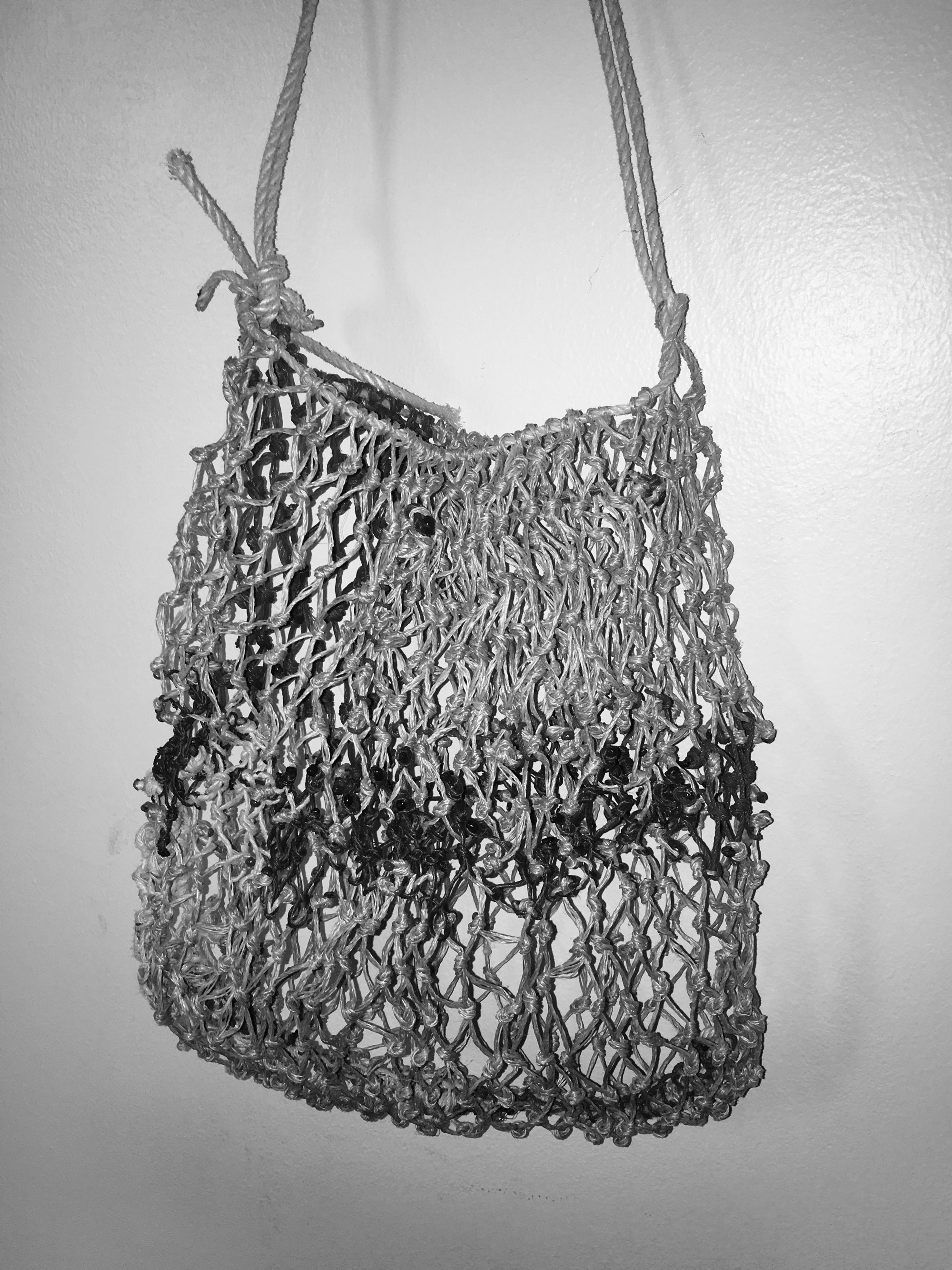 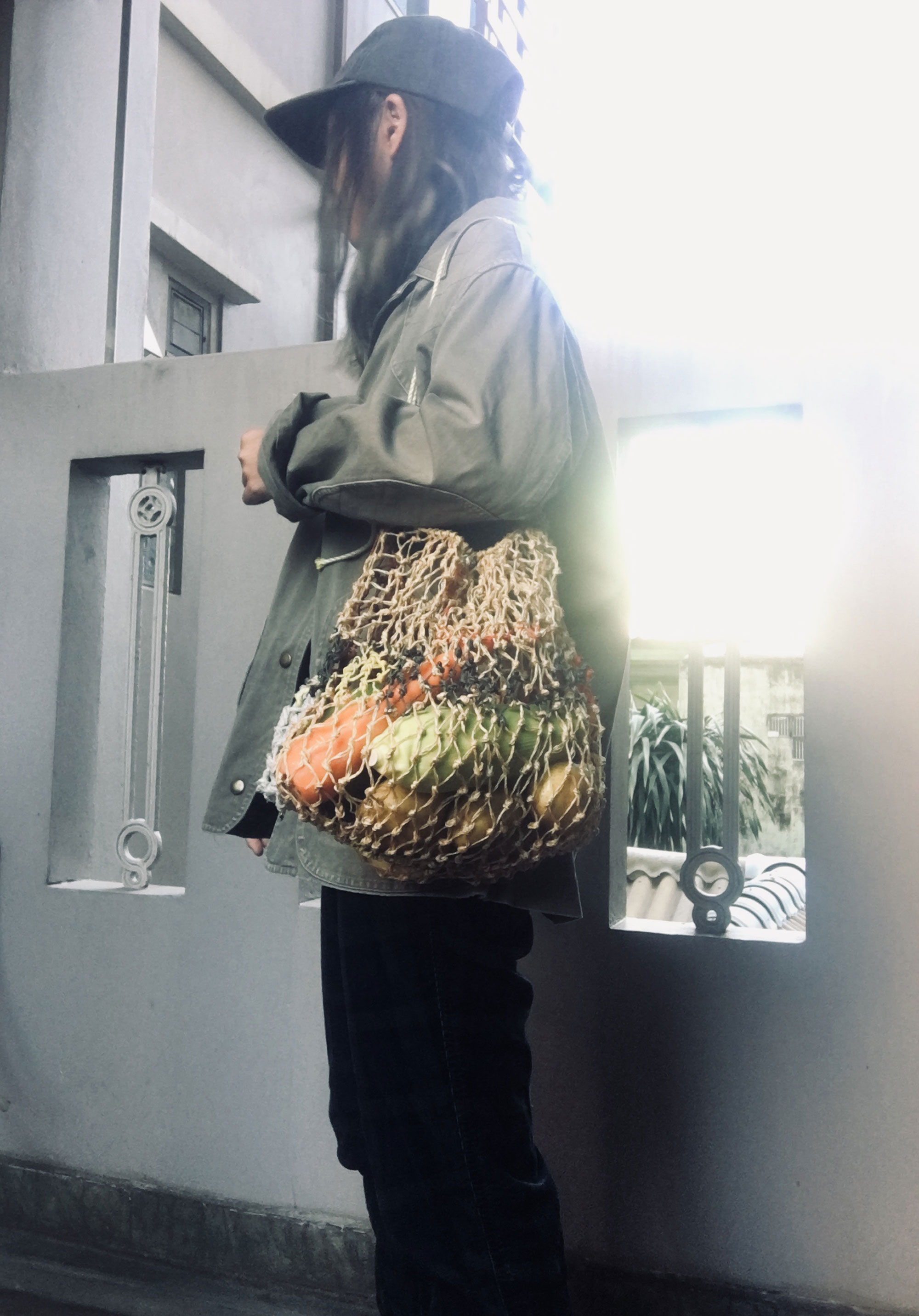 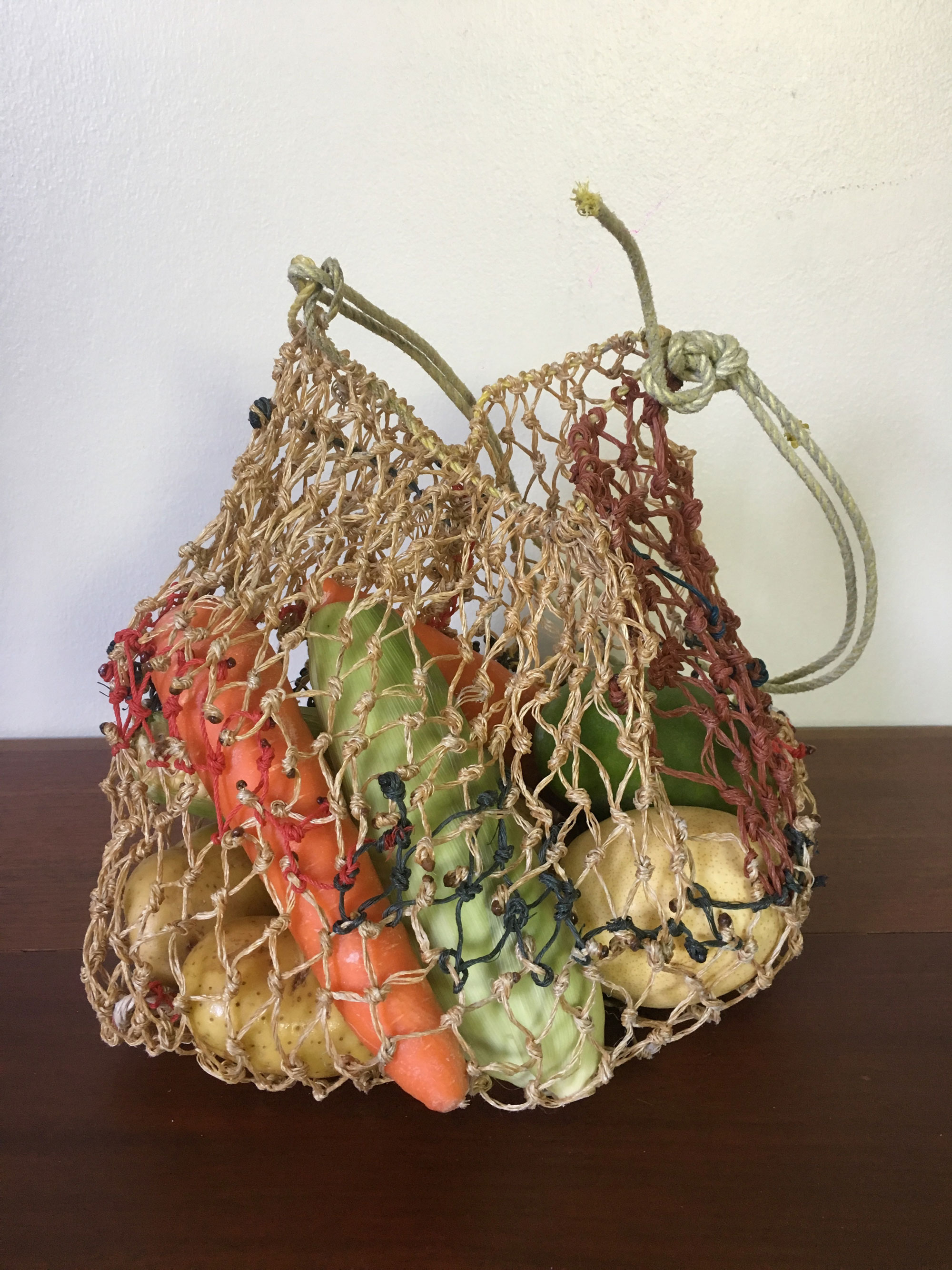 Words and images by Buranee Soh 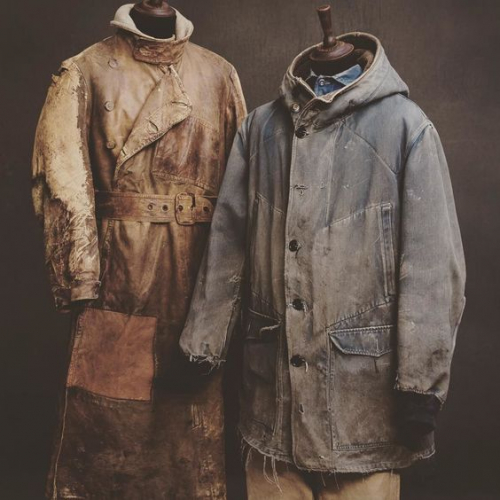 As human, we are born with a survival instinct, and out in the biting wet and cold weather as we fish and hunt for food we need much more than the basic form of external protection to survive. Here we explore how literal gut and gut feeling leads to the creation of different waterproofing garments..… 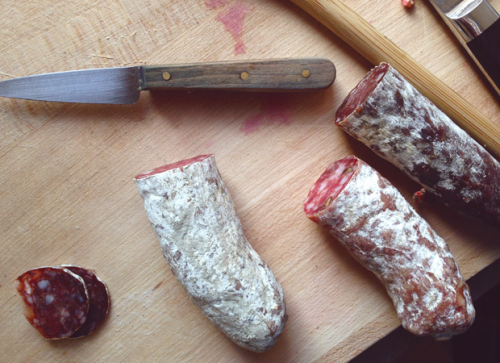 I think in a past life I must have been a Beagle. My love for sniffing out treasure has been with me since I can remember, and... 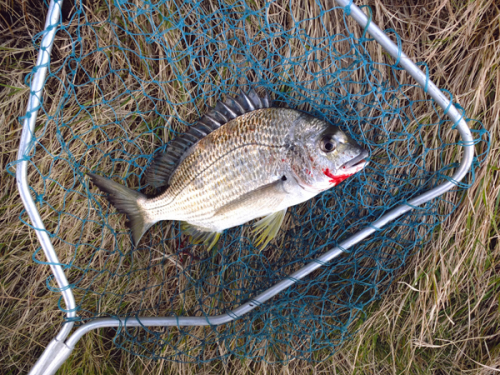 From net to pan, this is a super quick and very delicious way to have your catch. I shared this with two friends and there was...