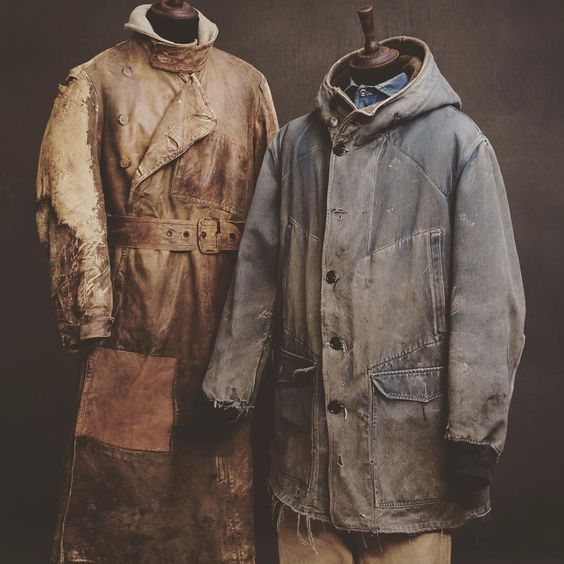 As human, we are born with a survival instinct, and out in the biting wet and cold weather as we fish and hunt for food we need much more than the basic form of external protection to survive. Here we explore how literal gut and gut feeling leads to the creation of different waterproofing garments.

In the Arctic, where temperatures are subzero degrees Celsius all year round, waterproofing garment is vital to Eskimo who spends countless hours outside at risk of getting wet from the icy sea-spray or sleet during fishing and hunting of seals, whale, and caribou. If drenched, the life-threatening combination of wet and cold will cause the Eskimo to lose body heat rapidly, going into hypothermia and possibly death. 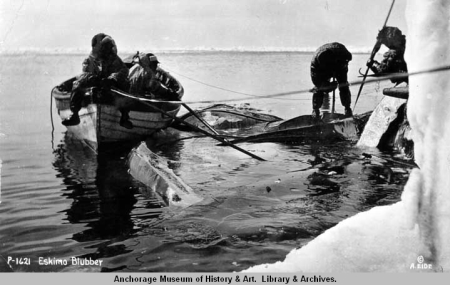 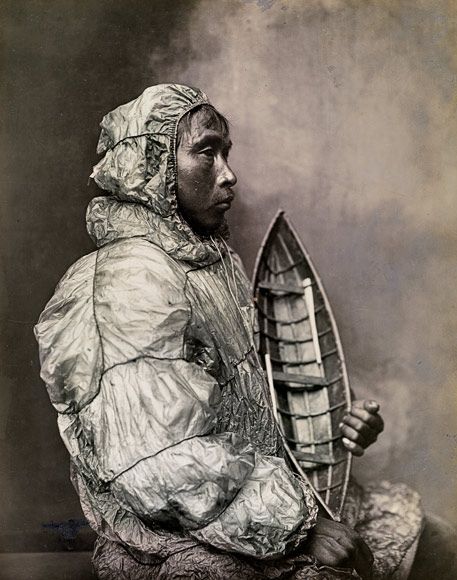 Dating back to 1860s, the Eskimo from the tribe Aluet made waterproof parka from the semipermeable membranes from the dried seal or whale gut. It was sewn with grass or sinew threads that expanded when soaked. The seam between tissues was later sealed with animal glue from the bones to make it entirely waterproof. The garments were tested for it's waterproof ability by tying off the cuffs and neck, filled with water to made sure nothing was leaking. This gut parka was not only breathable but was thin light and transparent. 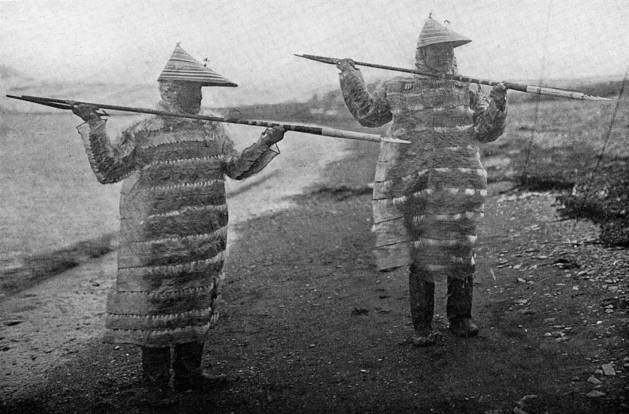 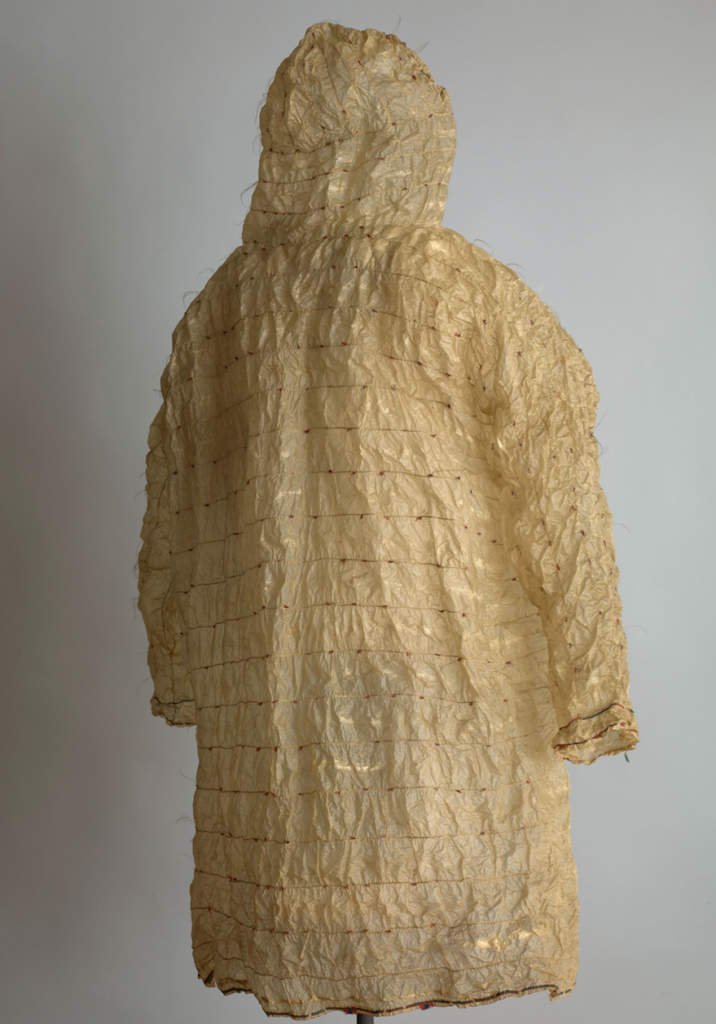 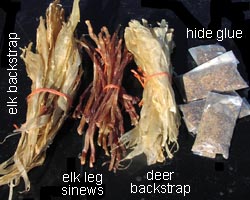 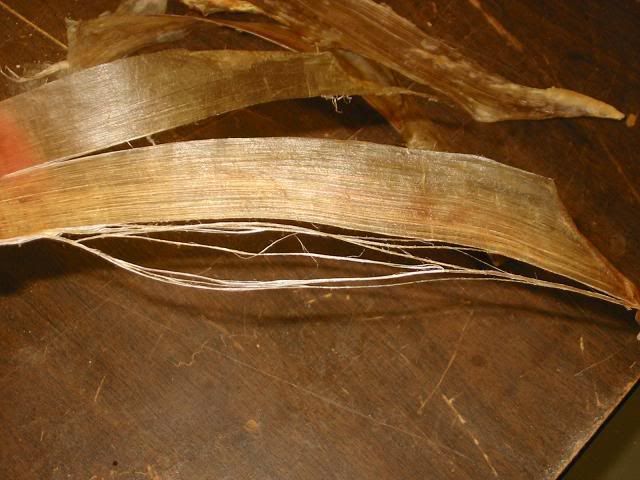 Sinew threads (a tendon, tough and flexible band of connective tissue that connects muscles to bone, found in both human and animals) 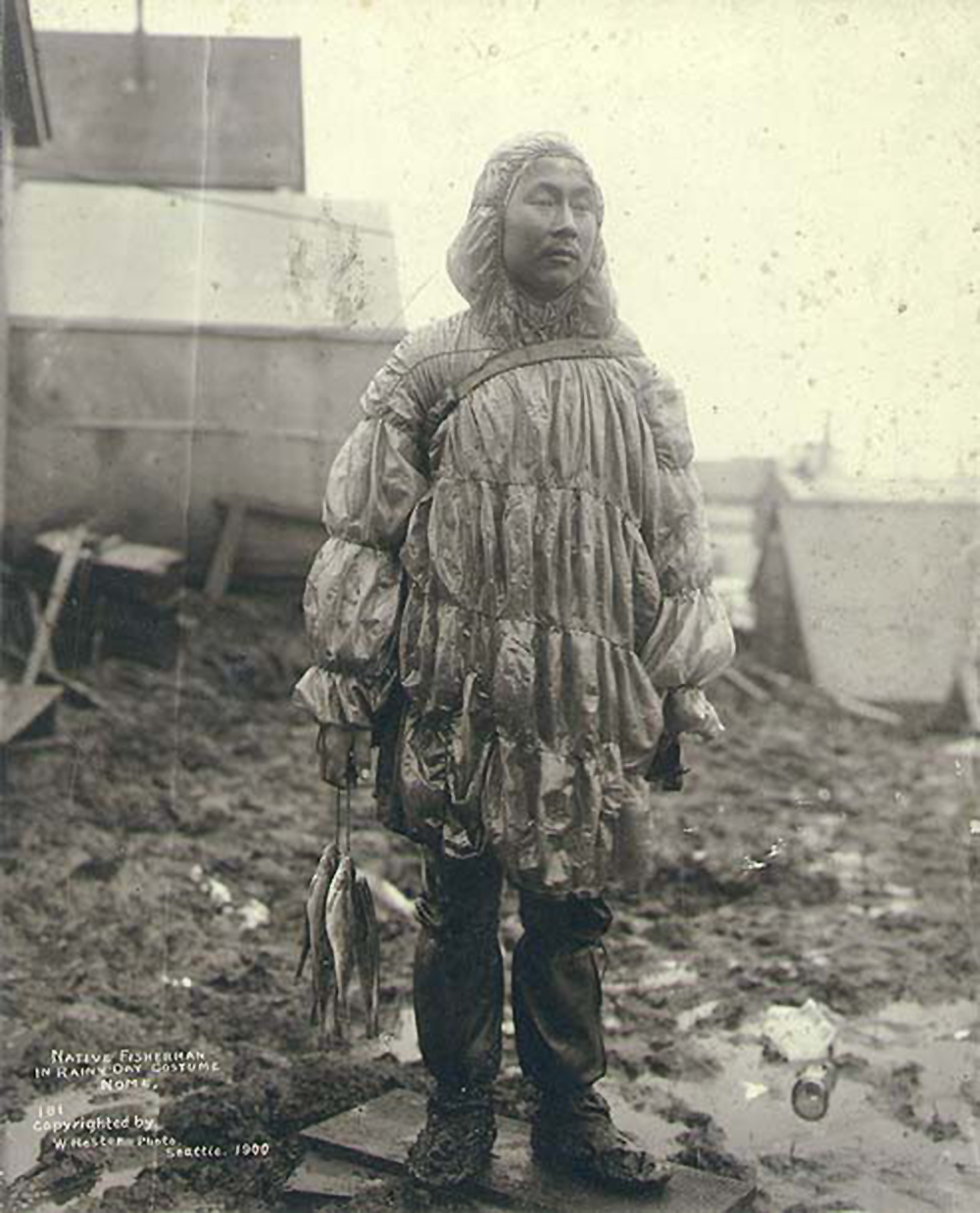 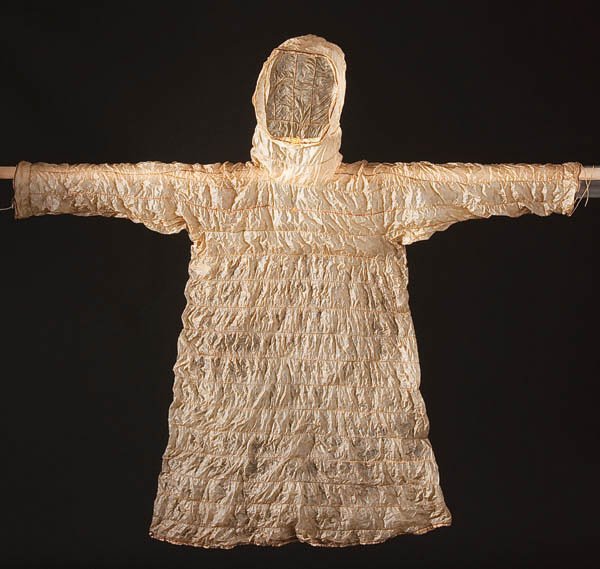 During 15th century in England and Scotland, fisherman and mariner found ways to protect themselves from the harsh biting winds and cold sea sprays through keen observation on high sea and resourcefulness. The early mariners realized the more water the sail took on, the faster the ship sails as air could not pass through the saturated fabric and so would apply fish oils and grease to their sails. They later began considering the possibility of waterproofing the sail to better catch wind and sail at higher speeds. 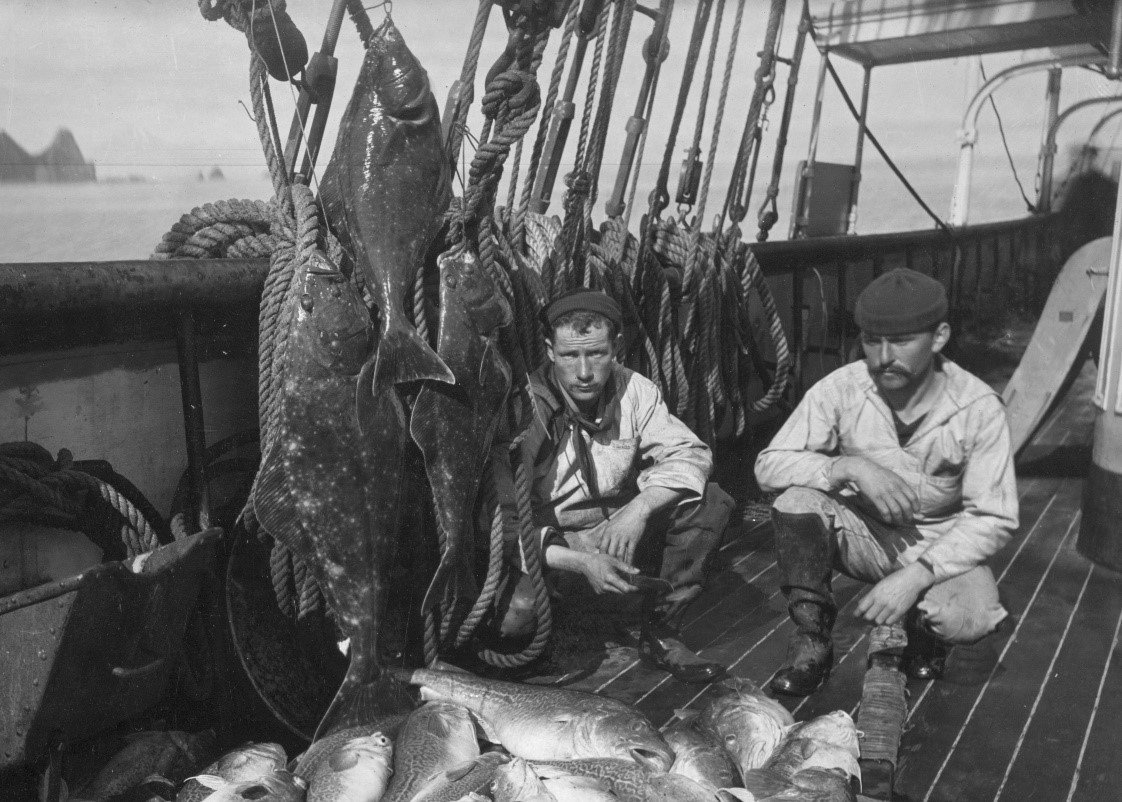 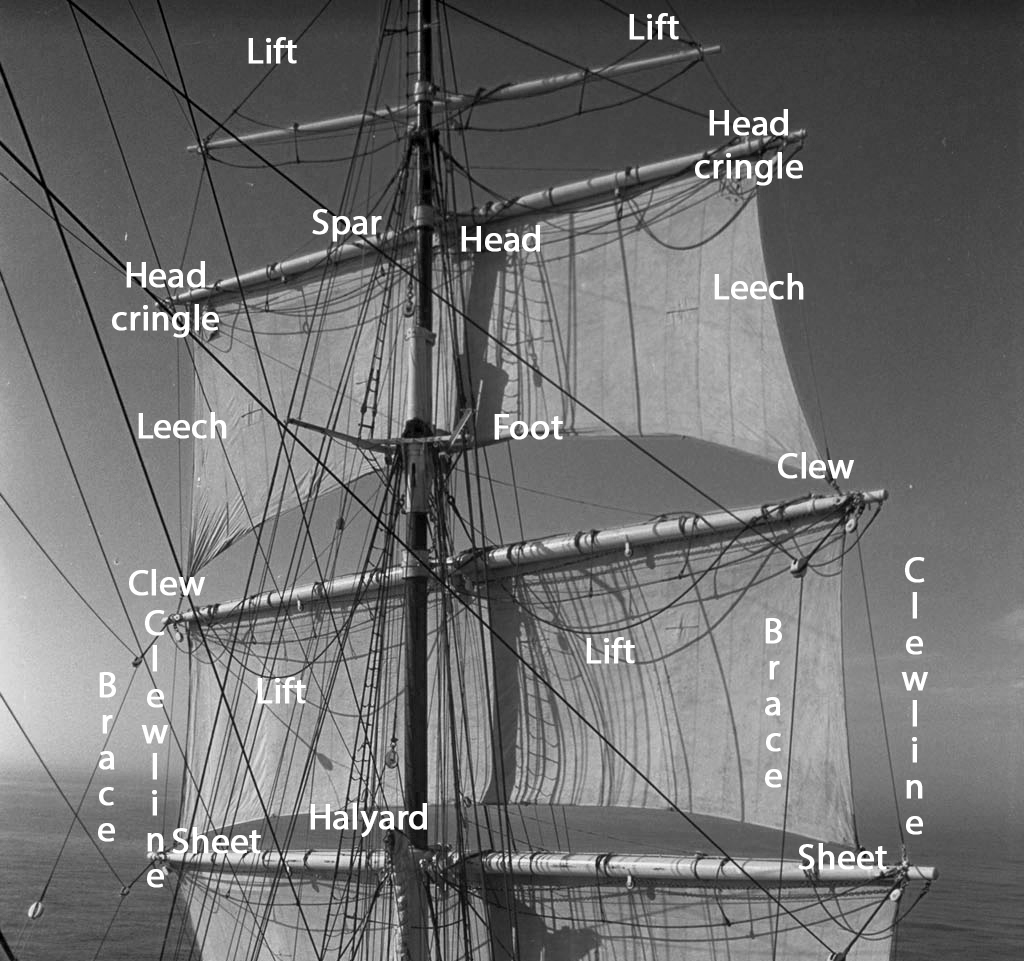 Unlike sails saturated with water, those cured with linseed oil is of lighter weight, making them easy to hoist and release as when the sails were dry. These men have gut feeling that this waterproof fabric has more use to them then just sailcloth and so took the leftover pieces of oiled sailcloth and crafted into crude smock. To their delight, the fabric protected them from being soaked on deck. 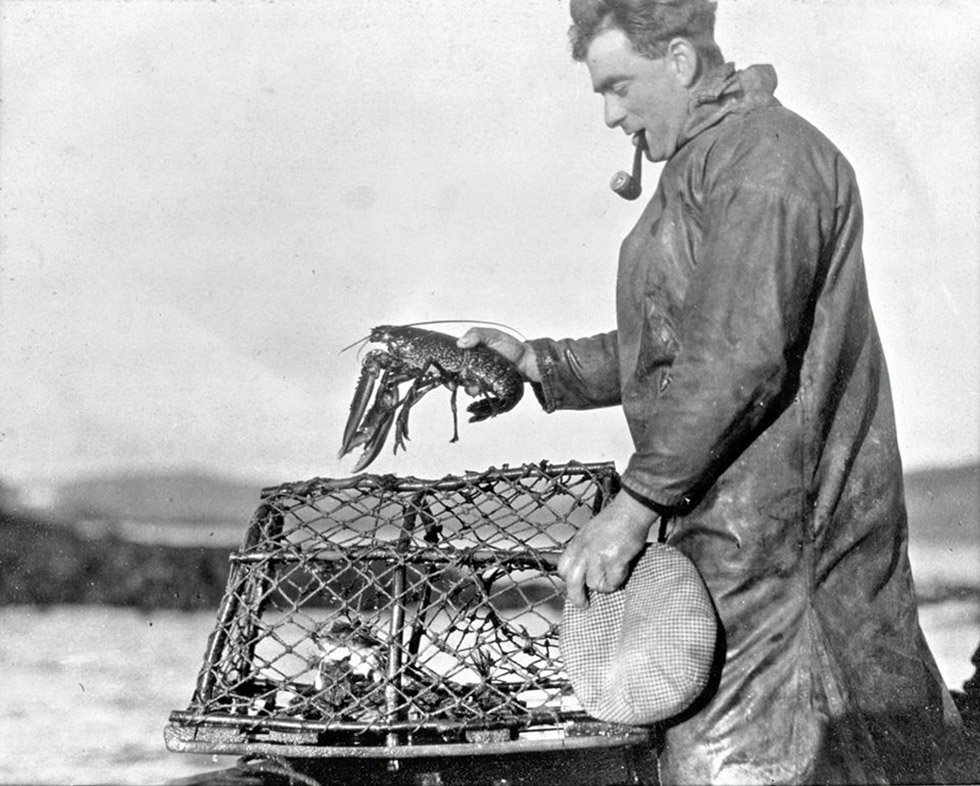 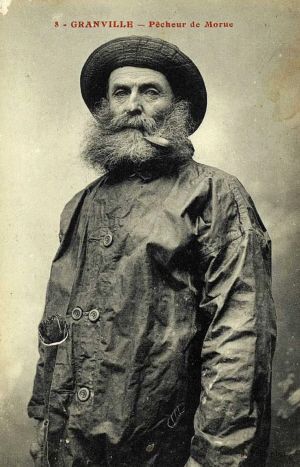 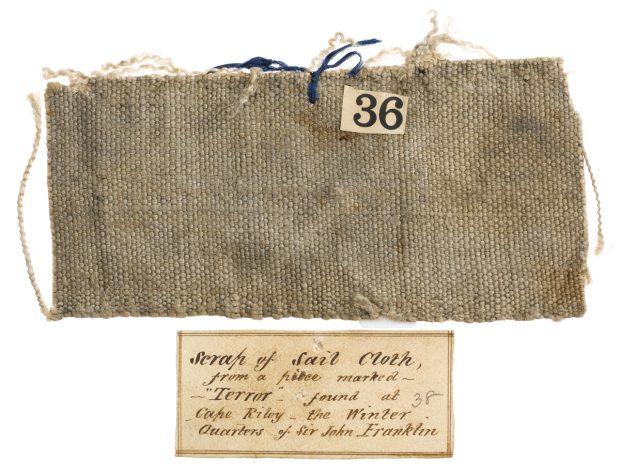 But it wasn’t perfect either, the heaviness and stiffness of the fabric cause limitation in movement, making limbs heavy, thus slowing the return journey to the shore. In extremely cold weather, the oiled sailcloth would also crack as a result was not the most practical.

However men knew that there was potential in this waterproofing techniqnue, they trusted their guts and went on to experiment with various fabrics and oil that could reach a higher efficiency. This eventually led to the creation of two-ply cotton canvas oiled with Paraffin wax for it was found to be the best, being softer and must more malleable, forming the basis of waxed cotton as we know it today. 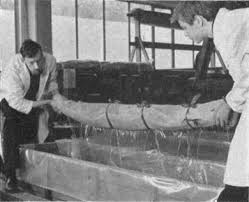 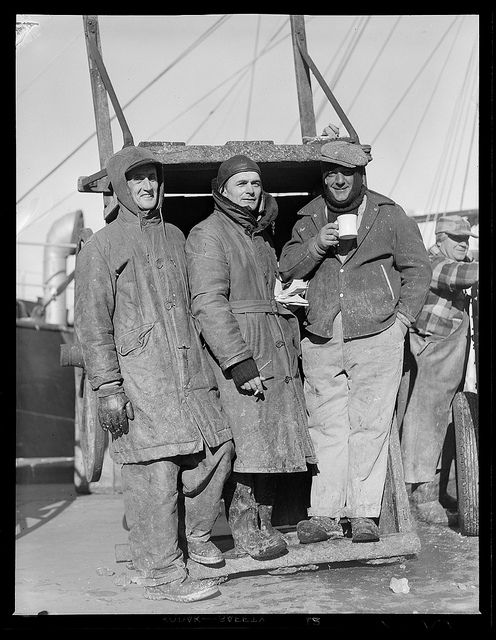 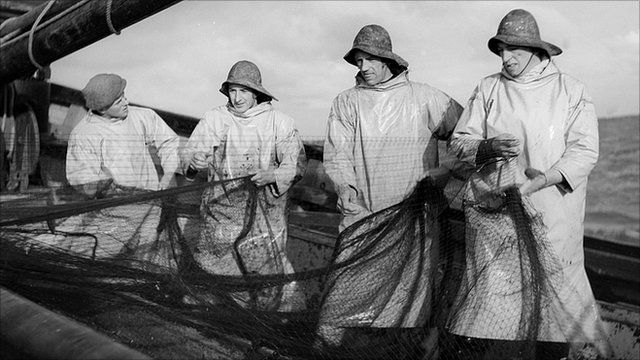 We have always looked to nature and within ourselves for solutions and found them. It’s no exception that we had found ways to waterproof our garment through gut instinct and resourcefulness in finding material found in nature. 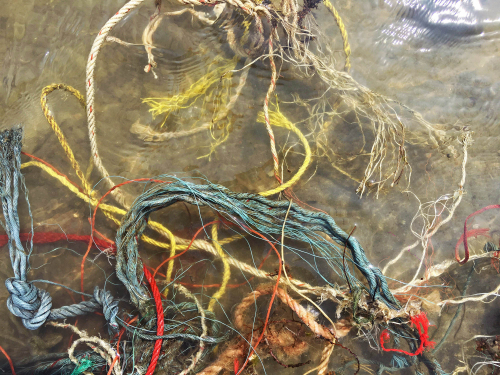 Among the other things I had collected along the beach of Chonburi, Thailand is a basket full of these ghost fishing nets. Ghost nets are fishing nets left or lost by the fishermen out in the ocean. Many of them are still in great condition and it’s a shame to throw them directly into the bin for re…
David Gensler is founder of the Vanish brand, a cultural platform he likes to call ‘curated escapism’ that helps inspire people to get into the great outdoors. Today we chat about his multi-faceted career and how FISHING called him to action! Our theme music is by the talented E.L.Mahon. Pon... 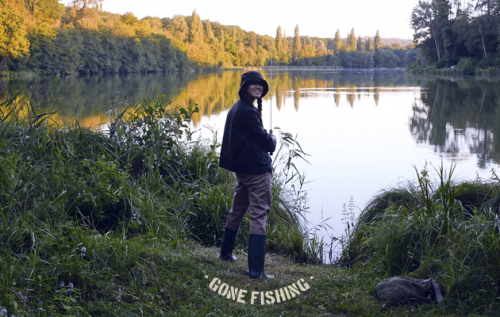 This month we have been really excited about the idea of Barbour’s menswear team designing the Women’s Autumn Winter ’16 collection. The collection is very suitably called ’Timeless Originals’, a fitting theme for the Barbour who have been making great British outerwear since 1894 thanks to Scottish founder John Barbour who started the brand in South Shields.