For Autumn Winter '19, we have worked with our friends at Meg Company in L.A. to produce a second "W'menswear <3's Yuketen" collaboration. Developed specially to accompany the upcoming W'menswear AW19 collection titled 'The Universe Is Under No Obligation To Make Sense To You', based on the women who paved the way to space, the boots are made for exploration beyond our atmosphere.

Before we get into the specs, let's dive into the history books to the cold war, where the race to space between the Soviet Union and the United States fueled advancements in technology to take humans to outer space. In the United States, Dr. William Randolph Lovelace was responsible for testing the physical and mental capabilities of selected fight pilots to enter NASA's space program. Dr. Lovelace made the hypothesis that women had different skills and mental abilities that would be useful in space flight, so based on his strong belief, he privately funded his own test program called the Mercury 13. 25 female pilots were selected and tested for the program, and only 13 made the cut. These women were put through all of the same physical and mental tests that male astronaut candidates underwent, passing with flying colours. They excelled in areas pertaining to mental capability, such as the sensory-deprivation chamber, a pitch black tank filled with water at body temperature. The women were left alone, floating in the chamber for up to 9 hours at a time. They reported to find peace and tranquility during the long hours, whereas male test subjects often experienced psychological disturbances after a matter of 2.

Though NASA eventually rejected the initiative to put women into space, the women of the Mercury 13 program took their case to congress but lost. Fast forward to 1995, test pilot and astronaut Eileen Collins, first female Space Shuttle Commander invites the women of the Mercury 13 to her launch. “I didn’t get here alone,” said Collins in a 1998 press conference. “There are so many women throughout this century that have gone before me and have taken to the skies, from the first barnstormers through the women military Air Force service pilots from WWII, the Mercury women from back in the early 1960s that went through all the tough medical testing. All these women have been my role models and my inspiration, and I couldn’t be here without them.” 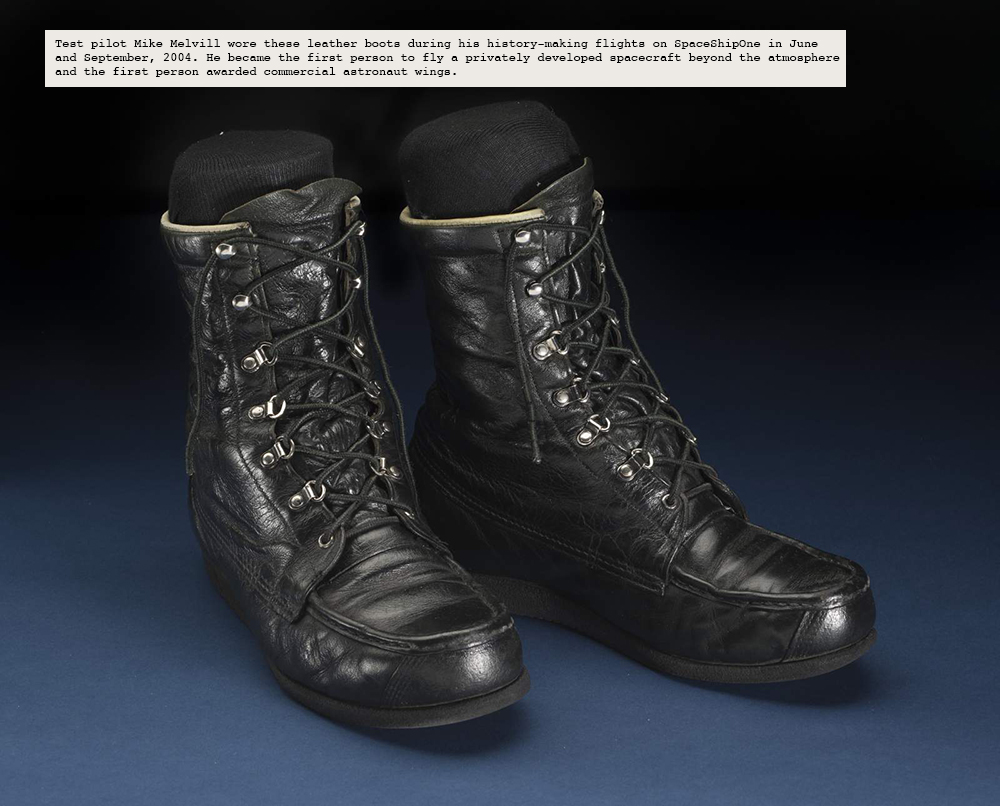 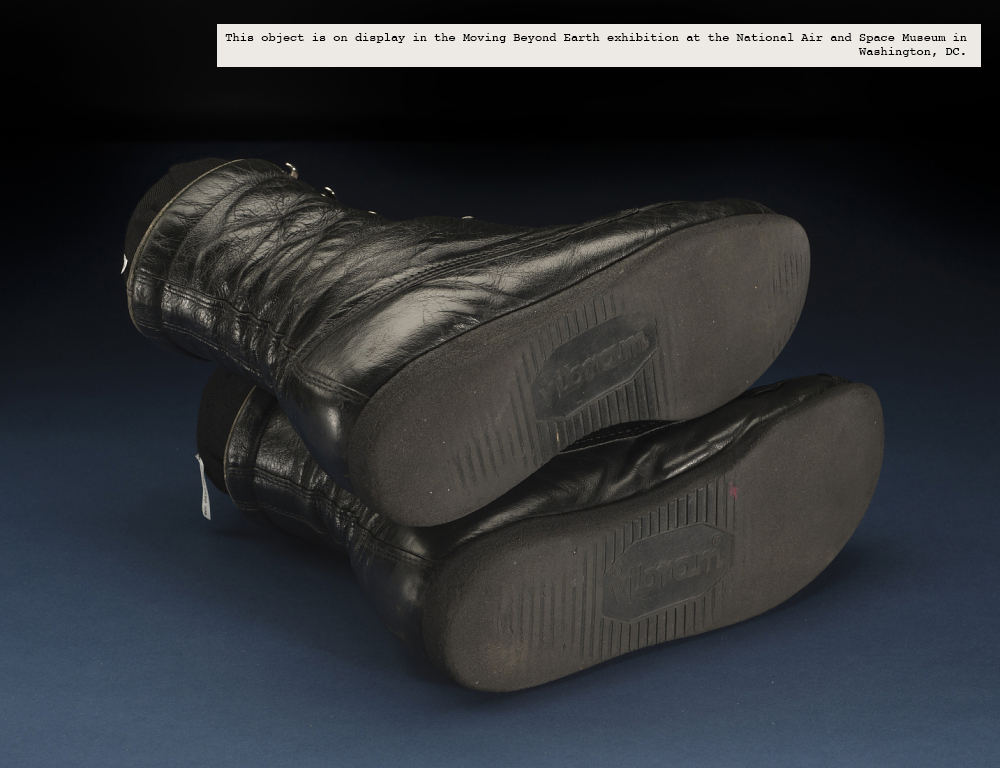 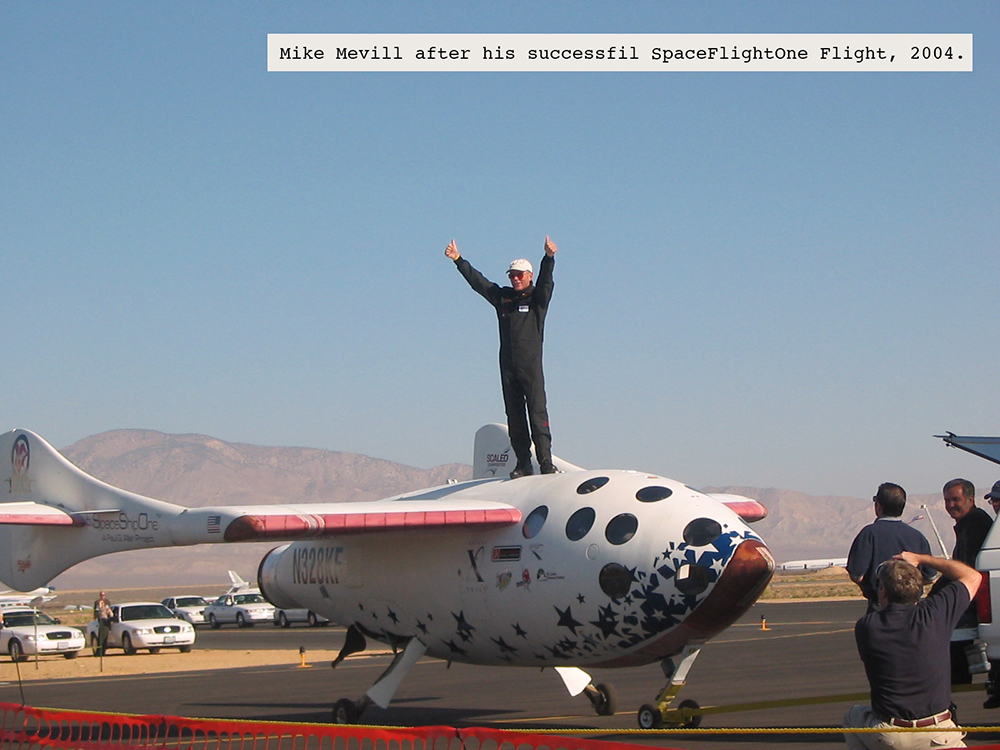 Inspired by these key women, we also looked into the future of space travel, after NASA retired their Space Shuttle program in 2003. The following year in 2004, the first commercial space program, SpaceShipOne, a suborbital air-launched spaceplane, completed the first manned private spaceflight in history. This shift into privately funded space travel opened up a totally new approach to taking regular humans into space. Test pilot Mike Melvill wore specially made leather boots during his history-making flights on SpaceShipOne in June and September, 2004. He became the first person to fly a privately developed spacecraft beyond the atmosphere and the first person awarded commercial astronaut wings. Meanwhile in 2002 Elon Musk's SpaceX’s mission was founded, with the goal to enable humans to become a spacefaring civilization and a multi-planet species by building a self-sustaining city on Mars. 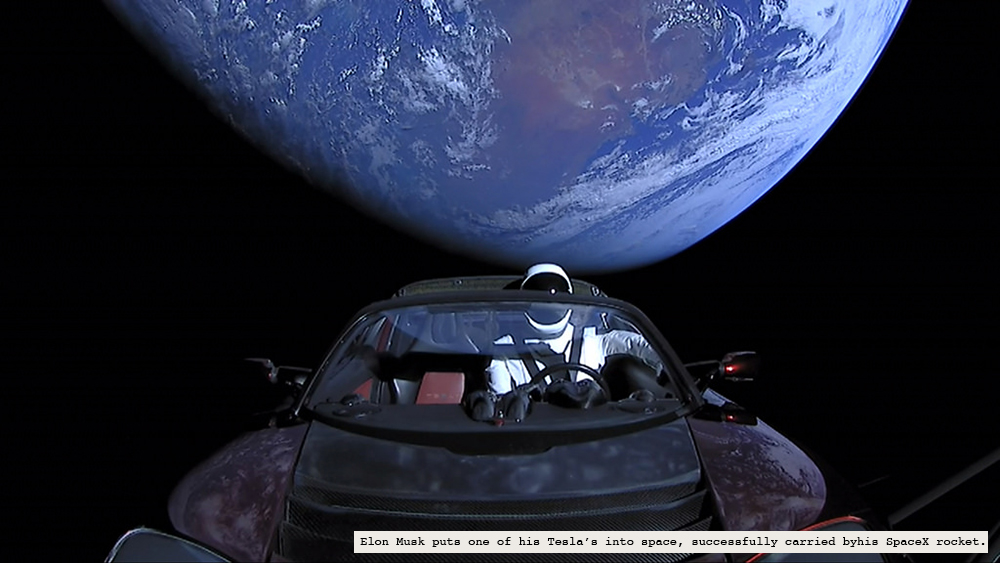 In 2008, SpaceX’s Falcon 1 became the first privately developed liquid-fuel launch vehicle to orbit the Earth. Following that milestone, NASA awarded SpaceX with contracts to carry cargo and crew to the International Space Station (ISS). A global leader in commercial launch services, SpaceX was the first commercial provider to launch and recover a spacecraft from orbit, attach a commercial spacecraft to the ISS and successfully land an orbital-class rocket booster. By pioneering the development of fully and rapidly reusable rockets and spacecraft, SpaceX is working at dramatically reducing the cost of access to space, the first step in making life on Mars a reality in our lifetime.

Let's get down to the specs.

These boots are directly based on test pilot Mike Melvill's boots worn on his successful mission on SpaceShipOne. The Moc toe shape, use of black leather, aluminium hardware, black ribbed Vibram sole, and army green laces were a salute to his high-speed and high-risk test flight. The addition of a handle was an added utility feature that we imagine could help in gravity-less situations, for example to clip into a storage module on the International Space Station.

The Boots are handmade in Maine, U.S.A. by Yuketen MFG. Co. with the best quality cow's leather, inversed at the handles and around the perimeter of the foot. This is not in fact suede, but the inversion of the leather, proven to behave better with age as opposed to suede which loses moisture and stiffens with time. Inside, our collaboration branding is embossed in silver on the footbed.

Each shoe is hand-stitched in Yuketen’s Maine factory using a three-dimensional pattern. That lovely baseball stitch detailing you see on the outside of the shoe can only be done by hand. To closely mirror the incongruence of the human foot and deliver a molded fit, seven asymmetrical pieces of leather are hand-punched and hand-sewn with awl, needle, and thread on Yuketen’s proprietary last. The result is that the 'blucher' pieces (separate leather pieces sewn to the vamp for lacing) are asymmetrical, and contour more accurately to your foot while lacing. The base of the vamp (the entire part of the shoe that covers your foot) has been cinched to further ensure a good protective fit.

These artisan made boots will be available for sale in the Autumn Winter 2019 season. If you would like more information or to order a pair for the upcoming Winter, email us at info@ponytailjournal.com. 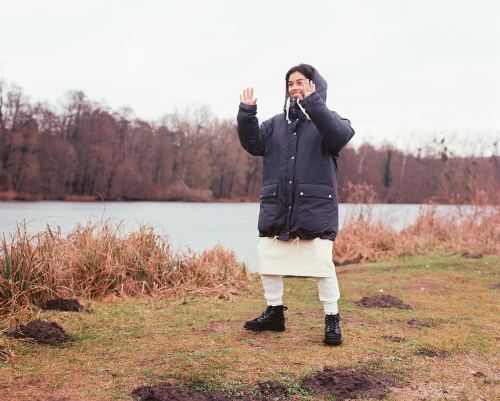 Dear friends, It gives me so much joy to say that our Autumn Winter 'Space Pilot's Boot' has landed at PTJ+S. The second collaboration with our friends Yuketen in the US, is based on the original test pilot boot worn by Mike Mevill on SpaceShipOne in 2004. This winter we have been focused on...

This week we're delighted to share a very special Ponytorial to show you the newly arrived limited editioned pieces for the chilly months ahead. We have a new drop of wonderfully practical bags made in New York, Aussie hats, as well as very small batch W'menswear pieces based on the women who paved…

Dear friends, Until next Wednesday 10th of October, we are taking pre-order requests on our W'menswear Spring Summer 19 collection, including the W'menswear x Yuketen 'Ponytail Shoe'. We will be running very limited numbers on the shoe collaboration, so your pre-order will guarauntee yourself...